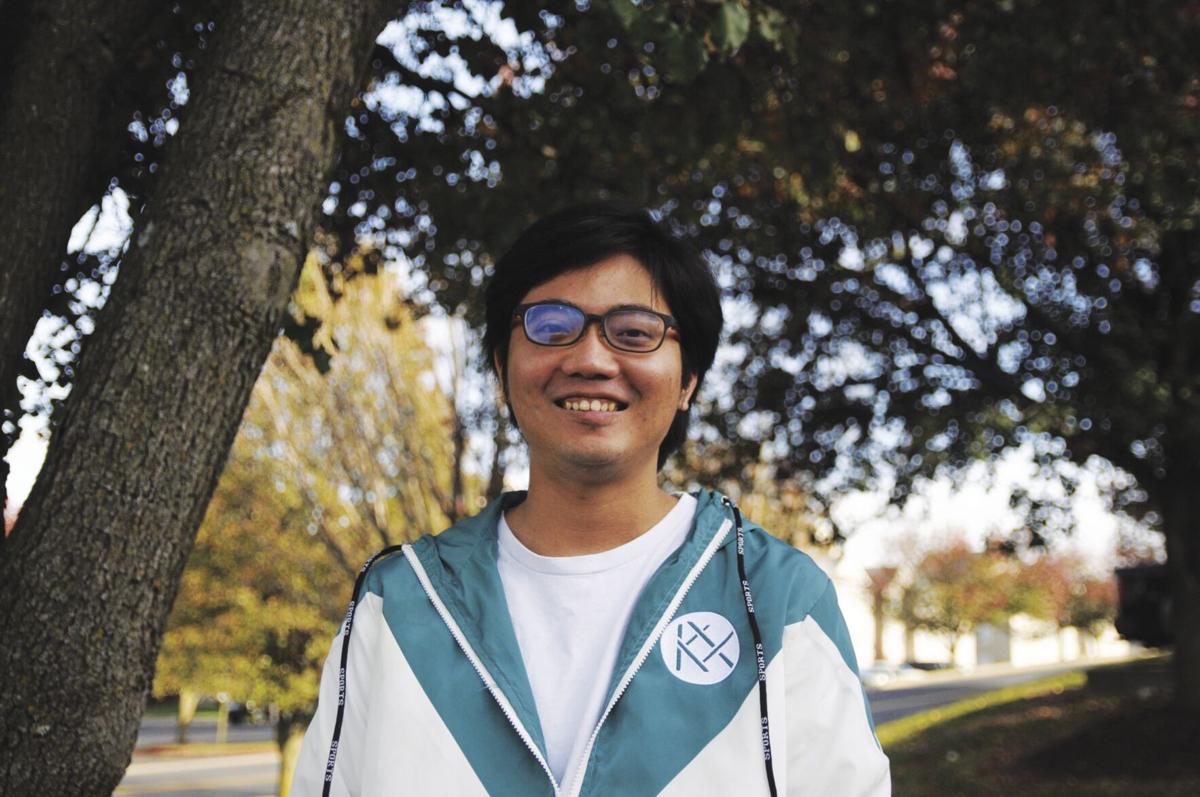 Nagamine ended up changing his major twice — from business, to hospitality and management, to communication studies — all while experiencing culture shock and learning to break the language barrier. 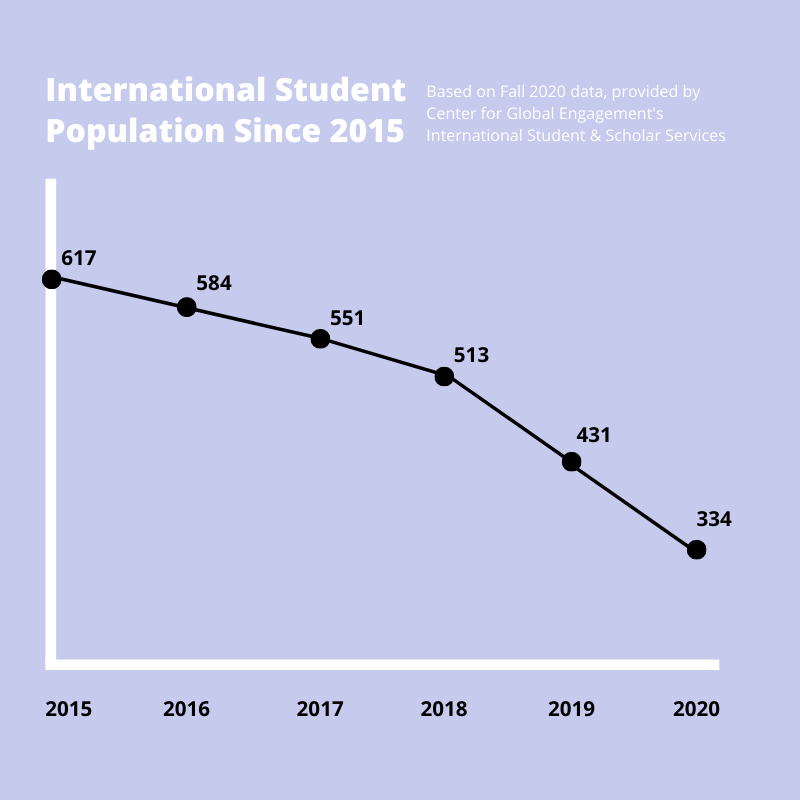 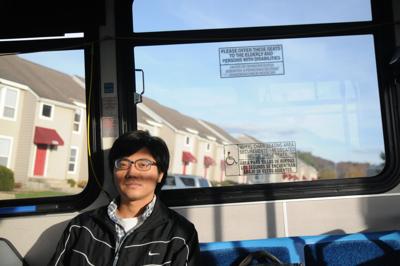 Toshiki Nagamine taps his foot anxiously in his communication studies class. The assignment: Read an article and discuss it with the class. It’s a simple task for everyone else, but Nagamine must focus all his brainpower on the words in front of him. English isn’t just another language. It’s another shape, another direction — nothing like the right-to-left flow of Japanese, his native tongue.

He reads the first page as fast as he can, but it’s no good. His eyes wander the room. Other students are already finishing the second page.

He’s now reading as quickly as possible. He lets out a sigh as his eyes scan the last sentence of the front page. He flips the page to the other side, but it’s still no good. He looks up. Everyone’s been finished, and the class discussion has already started.

Nagamine, a Japanese international student who’s studied at JMU since 2017, said that even though he’s at the point where he doesn’t use Japanese in his brain anymore, he still needs more time to develop his English language skills.

The communication studies major was born and raised in Okinawa, Japan, and expected to stay on the island his whole life.

Then, he failed his college entrance exams.

His father had an idea. He reminded his son about one of Nagamine’s lifelong dreams: Studying English in America.

It became his new plan. Nagamine would learn English in America, return to Japan to retake the entry exams and attend a Japanese college. But after he graduated from the English Language Institute at George Mason University in the summer of 2013, he changed his mind. An aspiring business student, he realized America had better opportunities for business school than Japan.

After graduating from Northern Virginia Community College in 2016, Nagamine chose JMU for its prestigious College of Business program. It wasn’t that easy, though. He ended up changing his major twice — from business, to hospitality and management, to communication studies — all while experiencing culture shock and learning to break the language barrier. His English improved significantly from attending ELI, but it wasn’t perfect.

Nagamine underwent an identity crisis while switching majors. He chose to stay in America solely for its business programs, but he wasn’t a business student anymore.

Nagamine was also concerned about fitting in at a school of over 20,000 students — over 70% being white — as a Japanese man. In all his major classes of 20-30 people, he’s the only international student.

“When I came here, like, people already had communities and bubbles, you know — people to hang out with,” Nagamine said. “I’m Asian and kind of a minority here. I’m one Asian in a sea of hundreds of people.”

One afternoon, he stopped by the ABC store to pick up a bottle of vodka. He was looking up and down the shelves when a group of girls entered. One started to walk down the same narrow aisle Nagamine stood in, but after a single glance at him, she hesitated to step forward.

Her friend asked, “Why are you so hesitant?”

He wondered if the girl was afraid of him, simply because of his appearance.

He said the words people choose make him anxious, even if they’re not intentionally racist. In these situations, he feels like “the other,” and as a result, he misses Japan more. He described it as a place of “one color and one race.”

He often misses his parents, too. Around 7,635 miles separate Nagamine and his family, while most other students can take a car or bus ride home if they need to. It’s another level of homesickness, being oceans away.

With only the occasional phone or video call, he yearns to go home. But for the past two years, he hasn’t been able to. Nagamine’s family can’t afford a plane ticket. Since he’s not graduating in four years as planned, most of the money is going into the extra years of his education.

Jonathan Kratz, director of International Student & Scholar Services (ISSS), said JMU currently offers limited financial assistant specifically for international students, and as a result, one of the top reasons they leave is due to financial reasons. Nagamine is 100% financially supported by his parents, but they’re struggling because to pay off an extra two years of tuition.

“Things didn’t go as planned,” Nagamine said. “’Cause it was tough. It’s tough for international students to go through American college and then graduate on time. I definitely have some struggles, so it didn’t work. It’s getting financially tight.”

Kratz also said that aside from the normal challenges of college life like finances, time management and study skills, international students must adjust to a new culture. Many come to the country not understanding cultural references, which is why it can be helpful to befriend American students.

“It’s often important to find friends to feel connected,” Kratz said. “Being so far from home can be isolating.”

Nagamine has seen this to be true, saying his roommates are part of his best memories in America. He moved to Southview in his sophomore year with random roommates. He smiles, remembering the shenanigans that took place on his move-in day.

The front door was wide open, there were people crammed in the living room, the TV was on, the music was blasting and Nagamine stood wide-eyed in the doorway, holding a suitcase and a bulky bag of rice on his shoulder.

Those first few months when he finished classes for the day, he’d go straight to his room without speaking to anybody. He was shy, and knowing his English wasn’t perfect, he didn’t want to feel awkward — even with small talk. Slowly but surely, Nagamine began to warm up to his roommates.

It all started with a love for fried rice.

Link, formerly a kitchen manager at a country club, said Nagamine has taught him a “load” about cooking, especially Asian-style cuisine. Link said his fried rice used to be terrible, until he began observing Nagamine cook the same dish, loving the way it turned out every time.

“It’s fire,” Link said, and Nagamine laughed in response. “We like to eat, so we’re always cooking and learning to cook new stuff.”

Now, Nagamine feels comfortable at home. One can find him lounging on the couch playing PlayStation games with his roommates, dancing in his living room on a Saturday night or watching “South Park” with Link instead of doing homework.

In his bedroom, there’s a painting that sits on his top-shelf — a gift from his uncle. Nagamine looks at it every morning when he wakes up, and each night before he goes to bed. He holds its message, written in Japanese characters, close to his heart.

“Try and embed yourself into the culture or the country you go to,” it reads, translated to English. “You can die anywhere, so try to make the place you die your home.”

Alumnus shares experiences at JMU as a gay person of color

Alumnus David John Fernandez (’20) shares his experience as a gay person of color at JMU. Fernandez said he and other minorities must accept JMU for what it is but hopes the university will make more efforts to increase its diversity.

Efforts by Executive Director of Faculty Access and Inclusion David Owusu-Ansah and executive director of campus and community access and inclusion, Arthur Dean, are being put in place to admit and attract students from a variety of racial and ethnic backgrounds.