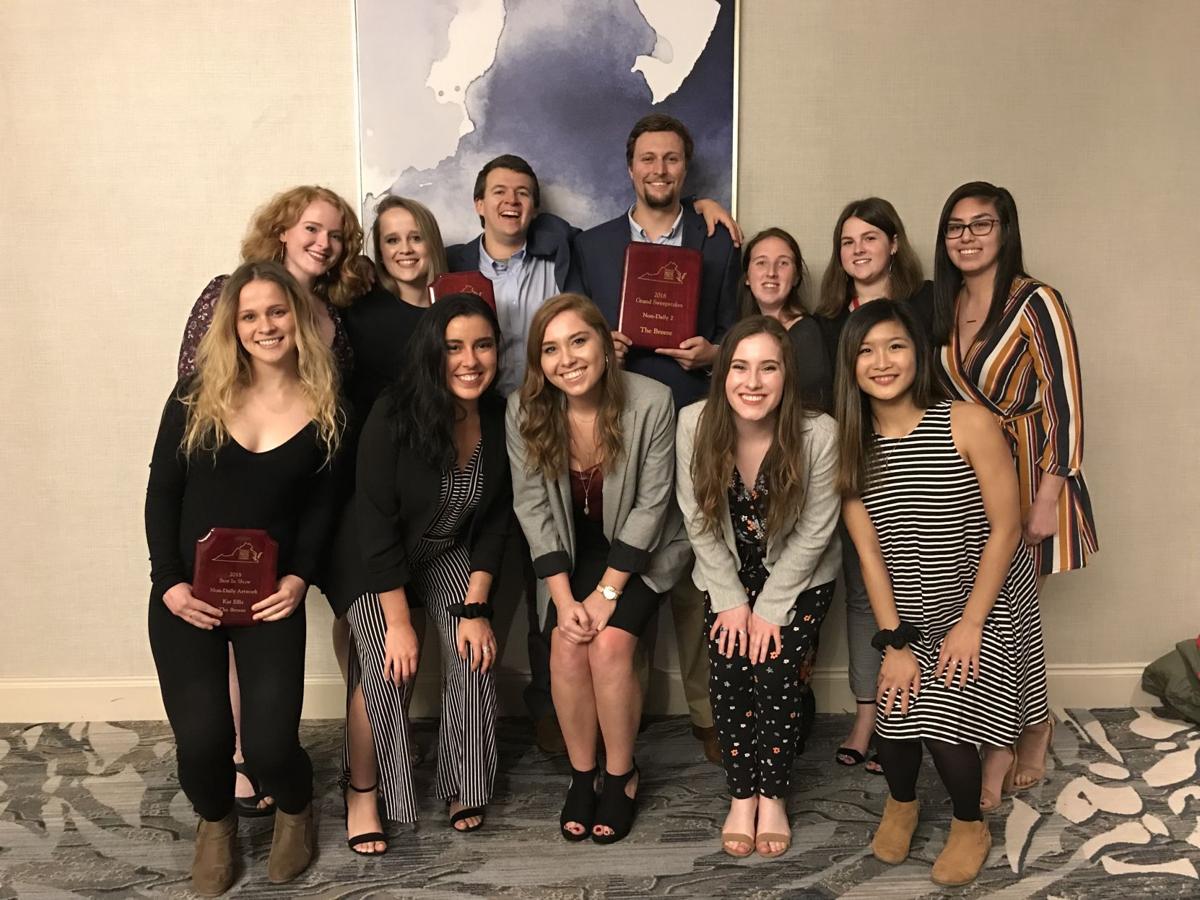 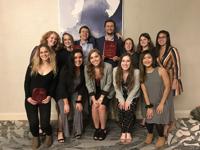 Staffers from The Breeze received more than two dozen honors during the annual Virginia Press Association contest. The staff received the awards at the association's annual conference in Norfolk. 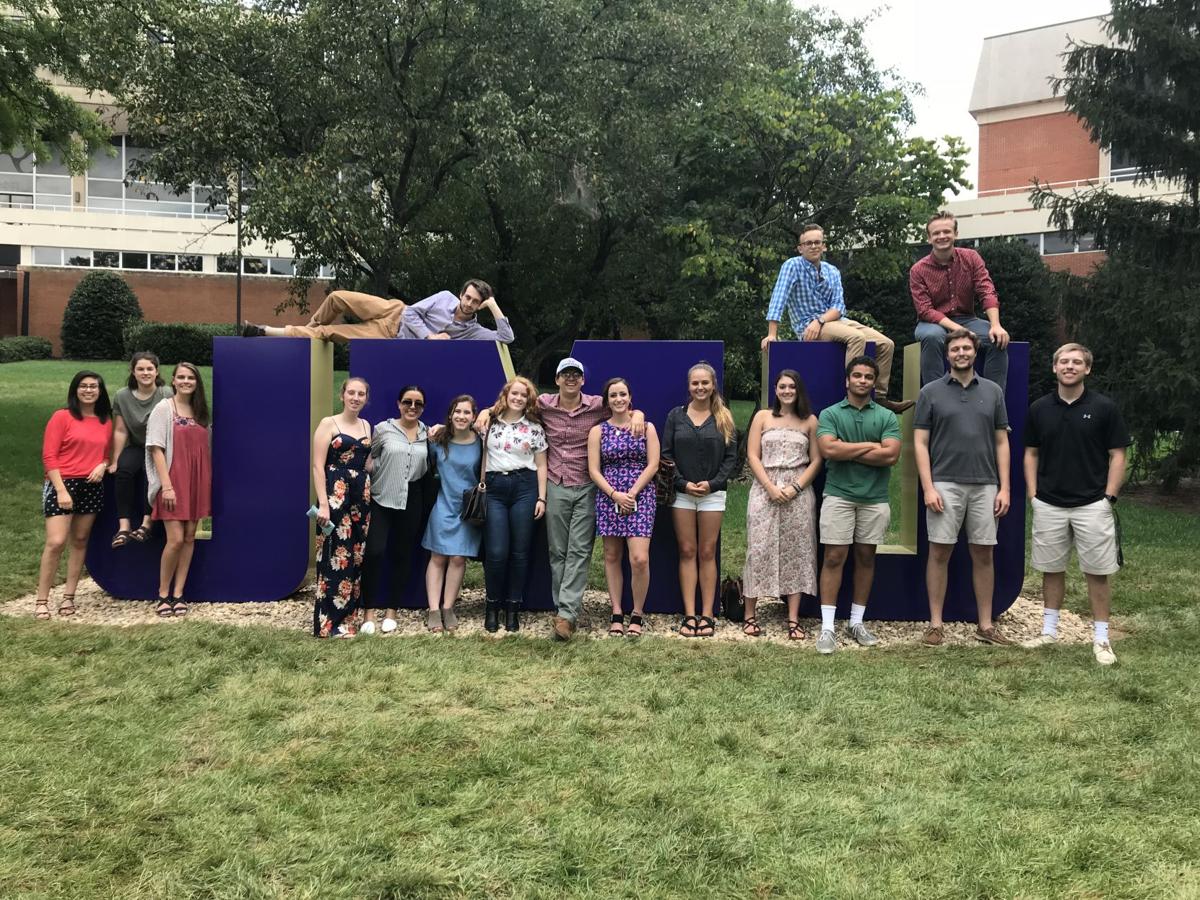 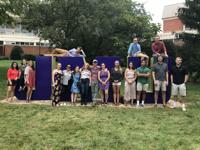 The Breeze's 2018-19 leadership, pictured in an August 2018 photo during the staff's annual training.

Staffers from The Breeze received more than two dozen honors during the annual Virginia Press Association contest. The staff received the awards at the association's annual conference in Norfolk.

The Breeze's 2018-19 leadership, pictured in an August 2018 photo during the staff's annual training.

The Breeze received more than two dozen staff and individual awards at the annual Virginia Press Association conference Saturday, including being honored as the best non-daily newspaper of its size in Virginia.

The newspaper, which competed against commercial newspapers, received the association’s 2018 Grand Sweepstakes award in its circulation group for the second consecutive year. It is the paper's fourth-ever Grand Sweepstakes. The Breeze also won the award for the 2013, 2014 and 2017 calendar years.

The Grand Sweepstakes was the staff’s most significant honor at the VPA’s annual meeting in Norfolk. The Breeze competed against non-daily newspapers from around the state with circulations of 3,500 to to 6,999.

The Breeze also tied for the association’s News Sweepstakes, which judges a newspaper's writing, photography, design and graphics. The Page News & Courier was the other newspaper awarded that honor in the circulation group.

Kat Ellis, an illustrator for The Breeze, received a Best in Show honor for an illustration that accompanied a story on sexual assault during the 2018 contest year.

In addition to these honors, the association awarded Breeze staffers with six first-place, 10 second-place and seven third-place awards at the annual VPA News & Advertising Conference.

Those other awards include:

Matt Weyrich and Madisson Haynes, general news writing, for a story that reported a JMU disciplinary board’s warning to a sexual-assault accuser against speaking out about her case

Breeze staff, for Grit, a special section on mental health at JMU that was led by Alexis Miller, Sabrina Moreno and Tom Robertson

Kat Ellis, for an illustration that accompanied a story on sexual assault

Emily Olivier, for an advertisement for Brix & Columns vineyard

Alexis Miller, for a photo illustration on beauty standards

Caroline Jansen, feature writing, for a story on Concepts Created, a Staunton business that creates wooden furniture from reclaimed wood

Kat Elllis, for an illustration accompanying a story about a novel dealing with a school shooting

Alyssa Antonio, for a photo of woodworker Bryan Black

Jessica Garcia, for an online advertisement for Gray Jay Provisions

Staff, for a special section on Homecoming 2018

Staff, for Madison 101, a special section for new students at JMU

Kat Ellis, for an illustration accompanying a story about emotional abuse

James Allen, for a photo illustration accompanying a story about a disciplinary board’s warning to a sexual-assault reporter not to discuss her case with the media

Trevor Cockburn, for a sports photo of a soccer goal

Olivia Marino, for an advertisement for Cosmic Golf

Olivia Marino, for an online advertisement for Emergicare

Jessica Garcia, for an advertisement for General Education at JMU

Caroline Davis, for an advertisement for Tangles day spa

Matt Weyrich, a School of Media Arts and Design student who will graduate in May, led The Breeze as editor during the contest year.