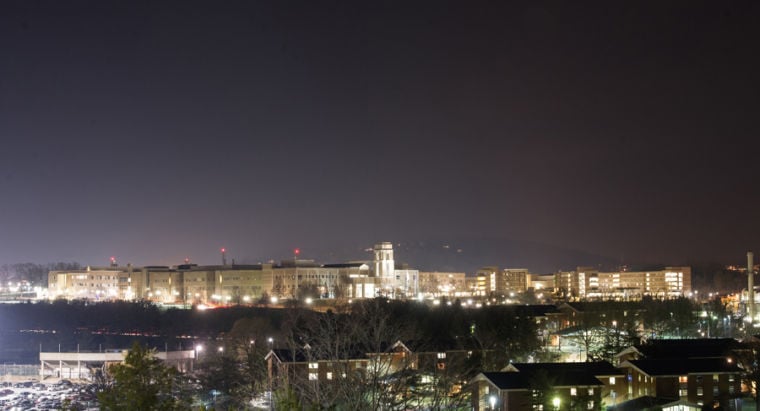 JMU is not guilt-free when it comes to light pollution as many of the lights in the buildings are kept on at night, even when they aren’t being used. 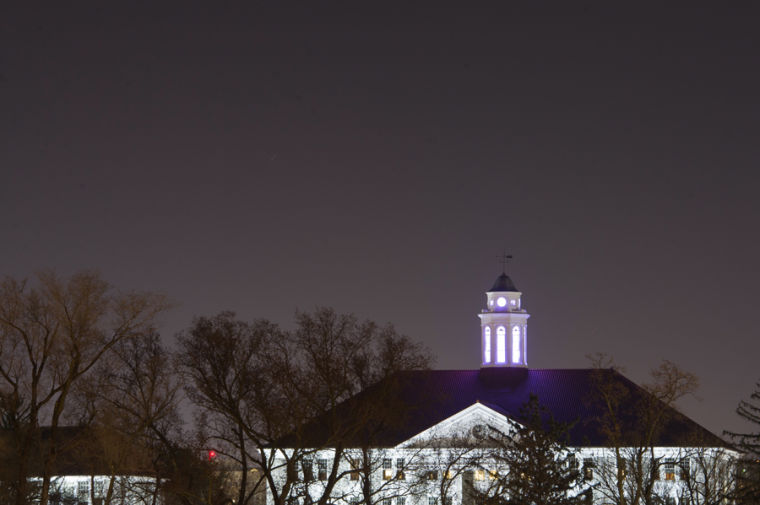 Many people feel bright lights provide an increased level of safety, but the contrast between brightness of the lights and darkness of the night can cause decreased vision according to physics professor Shanil Virani.

JMU is not guilt-free when it comes to light pollution as many of the lights in the buildings are kept on at night, even when they aren’t being used.

Many people feel bright lights provide an increased level of safety, but the contrast between brightness of the lights and darkness of the night can cause decreased vision according to physics professor Shanil Virani.

Illuminating the night with artificial light is beginning to take its toll on the visibility of the night sky.

Starry Nights Harrisonburg is a week-long event hoping to shed some light on the issue, and will run from today through Saturday. Physics professor Shanil Virani teamed up with English professor Paul Bogard to lead the series.

“You’ve seen this already if you go to Times Square, you may see a star, but probably not,” Virani said. “Our skies are slowly erasing of stars.”

Light pollution, according to Virani, who also directs the John C. Wells Planetarium, is the overuse and misuse of artificial light at night. Virani said it’s caused by things like unprotected light fixtures, lights from shopping malls and parking lots. But the causes don’t stop there.

“Due to the nature of light and the technology and light fixtures we use, a large amount of this light doesn’t reach its intended destination. Instead, it ends up reflected into the night sky,” McKissick said.

Using these lights can also have a negative impact on the environment and our health.

Virani explained that the leaked light from such fixtures causes environmental problems such as the erasing of stars from the night sky, and has also been linked to health problems, such as cancer.

“The light that we are exposed to is interfering with these patterns,” Virani said. “Melatonin is what is implicated in some of these studies that try to demonstrate a link between an exposure to light at night and cancer.”

Although Harrisonburg doesn’t stand out as being as problematic in terms of light pollution when compared to other larger cities, its impact still plays a large role in this problem, Virani explained.

“The International Dark Sky Association estimates that $110 billion of light is wasted each year,” Virani said. “That’s enough resources to power eight million homes in the United States every year. It’s a waste of money, it’s a waste of resources.”

Although Harrisonburg does not compare poorly with other cities in regards to its light pollution problem, there are a few worrisome effects. For example, light pollution has been connected to fogging up the night sky. This is a detrimental effect because many astronomers need to view the night sky to study.

To remedy this problem, experts suggest to use lights at night only when necessary, and also to cover light fixtures to prevent the light from shining to the sides and upward.

“We employ these covers in our home, because we don’t want to be overwhelmed by the light and have to deal with the glare,” Virani said.

Virani is also among the many professors who believes that it is not only our responsibility to educate ourselves about light pollution, but it is also our duty prevent it.

Professor Paul Bogard, an English professor, recently published a book, “The End of Night: Searching for Natural Darkness in an Age of Artificial Light,” which includes interviews with experts about artificial light and light pollution.

He also agrees that JMU should make changes to stop light pollution.

“JMU is constantly building and growing, and any new construction should only have shielded lights so that we don’t add to the problem,” Bogard said. “After that we can start working on the lights we have and start to shield them.”

Shielded lights are simply lights with covers over them, to direct the light downward to a specific area that needs lighting instead of letting the light travel to the side and up.

Bogard was inspired to write his book by his love for the night; he took advantage of the opportunity to write about the issue and how it affects the night sky.

But trying to fix this issue doesn’t end at teachers. JMU students are taking it upon themselves to not only stay informed about light pollution but to raise awareness about this obstacle.

Melissa Griffin, a junior interdisciplinary liberal studies major and member of E.A.R.T.H. Club, said that members from her organization turning off the lights in the stadium was one issue brought up in a conversation with President Jon Alger.

So far no solutions have been decided on in regards to the stadium.

E.A.R.T.H members have also been advocating for the university to turn off unused lights, such as building lights, that are left on throughout campus at night.

Griffin explained that a big issue that was brought up was the safety of the JMU students at night.

According to Virani, the idea that more lights make nighttime safer is a myth.

“Bright lights contrast strongly with the dark, making it harder to see safety outside rather than easier,” McKissick said. “Light that is intentionally directed downward and into the intended area rather than the sky can be just as effective for illuminating an area without creating those ‘blind’ spots that one gets when you look directly into a bright light outside in the dark.”

Virani agrees that turning off the lights would be an easy fix, but he also brings up another solution: putting shielded fixtures on lights, which will focus the light downward.

E.A.R.T.H. Club isn’t the only organization raising awareness. Many members of astronomy club are also getting involved in the festivities by supporting and participating in the free week-long event, which begins tonight with a showing of the documentary, “The City Dark,” at Court Square Theatre.

A variety of events will be occurring each night including: a presentation by Bogard and a reading from his recent book, a star party, a discussion of light pollution solutions, a panel talking about the financial aspects and a celebration of the night, which is taking place throughout Harrisonburg.

Bogard’s book will also be sold throughout the week.

Some students, including Griffin, believe that hosting the event in Harrisonburg will prove more beneficial.

“I think it’s good that the events are happening at the Court Square Theatre and not just at Grafton or something because that helps connect JMU students and the Harrisonburg community,” Griffin said.

As the issue of light pollution becomes more prevalent around the world, JMU students who are involved with “Starry Nights Harrisonburg”, are hoping that the series will have a lasting impact on those who attend.

“This issue is bigger than JMU,” Griffin said.

JMU faculty and members of the Harrisonburg community won’t hesitate to back up Griffin.

Virani warned, “If we don’t do anything about the lights and we continue at the rate we are going, our sky will disappear of stars.”