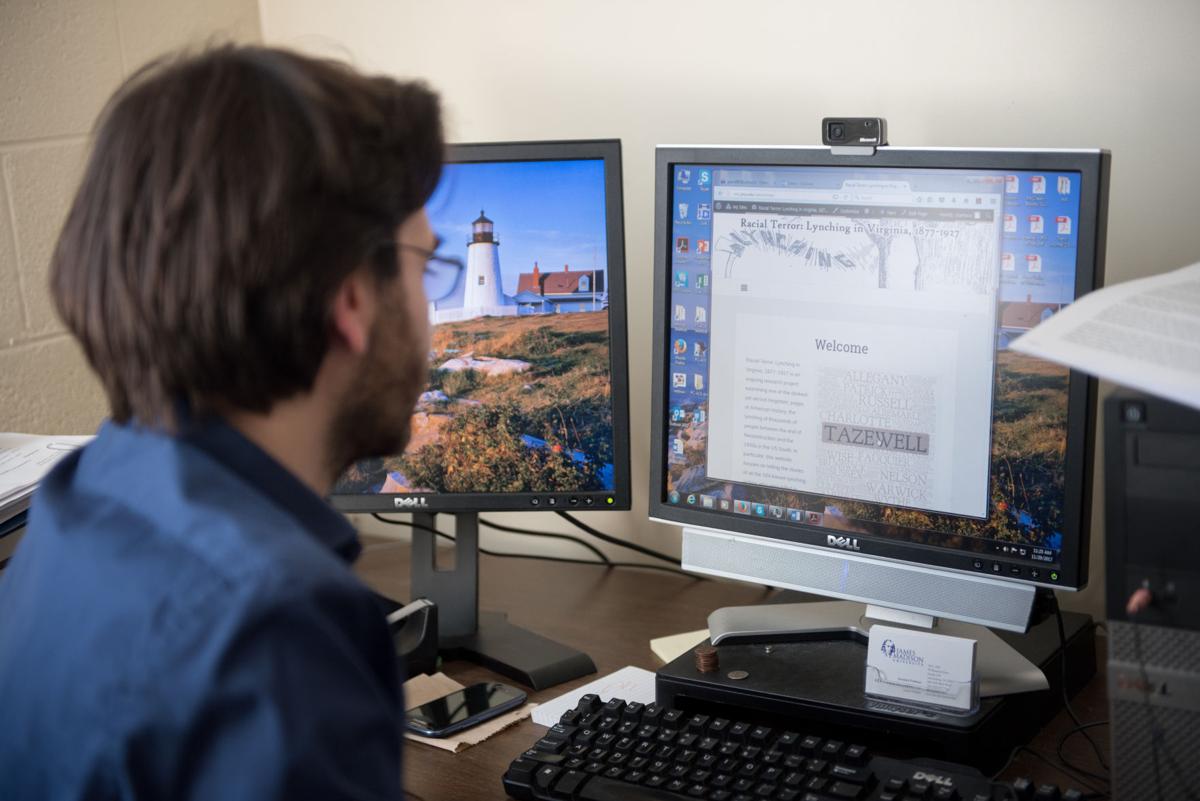 The website project, led by De Fazio, documents lynchings that occurred in Virginia starting in the Reconstruction era and continuing through the late 1920s. 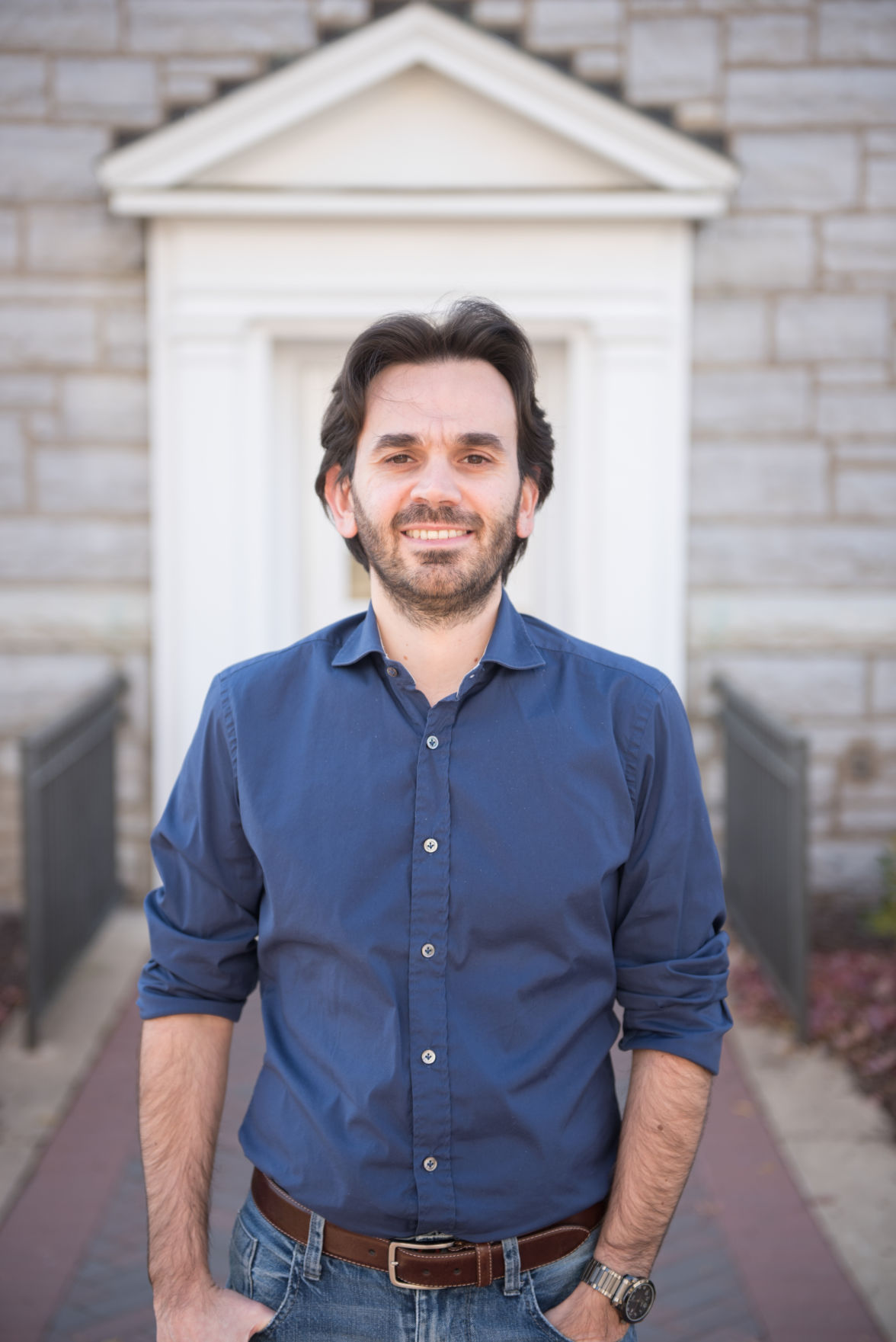 This web project is similar to a project De Fazio worked on at his graduate school in Georgia prior to moving to Virginia.

The website project, led by De Fazio, documents lynchings that occurred in Virginia starting in the Reconstruction era and continuing through the late 1920s.

This web project is similar to a project De Fazio worked on at his graduate school in Georgia prior to moving to Virginia.

Around 1877, the Reconstruction period in the U.S. ended, leaving many African-Americans in the South without protection. This led to the Jim Crow era, a time when racial segregation was enforced and violence against African-Americans was high.

During this time, it was common for groups of people to kill African-Americans by hanging them — an act known as lynching.

Gianluca De Fazio, an assistant professor in the justice studies department, has led a project to develop “The Racial Terror: Lynching in Virginia,” a website documenting Virginia lynchings spanning from the end of the Reconstruction era to the last recorded ones in the late 1920s.

“It was a form of what scholars call a ‘state-sanctioned’ terrorism,” De Fazio said. “The ultimate goal of these lynchings was to eliminate these people who were accused of a crime.”

The project began in the spring of 2016 after De Fazio moved to Virginia and noticed there wasn’t much public discourse about the state’s lynchings. He’d worked on a similar project while in graduate school at Emory University in Georgia for his senior project.

According to De Fazio, the goal of the website is to be a tool for researchers and locals who are interested in learning about history. He feels lynching isn’t being talked about enough.

The data collection process began in the spring of 2017 by students taking Advanced Research in Justice Studies, a course taught and created by De Fazio. The website is set to be published in 2018.

To collect data, his students rely mainly on local newspaper articles that covered lynchings in communities throughout Virginia. As of now, they’ve found over 500 articles describing 104 lynchings. The data collection is an ongoing process, so the findings on the website can change over time.

From the data, the students work to catalog the stories they found. They also provide brief summaries of each lynching they list. The summaries walk users through the various accusations, how the lynching happened and whether or not there were any consequences, such as legal action.

One lynching victim documented on the website is Charlotte Harris. According to the summary, Harris was an African-American woman in Harrisonburg who was lynched because she was accused of instigating the burning of a barn. Harris is one of the two known female victims of lynchings in Virginia.

According to Daroon Jalil, a JMU alumna (’17) and the research assistant for the project and the teaching assistant for the class, summaries of lynchings like Harris’ add to the website’s goal of acknowledging the history of lynching and provide more than just a name on a list.

“No one really talks about this time in history or what exactly happened [with] these lynchings and how they were very much a part of everyday society,” Jalil said.

In addition to the summaries, the website features hyperlinks to “Chronicling America,” a Library of Congress database that holds the newspaper articles the students received their information from. The hyperlinks will allow viewers to do further research for themselves and see the original reports.

The website also includes interactive maps that pinpoint where in Virginia the lynchings took place. Users can click on the markers for information on the lynchings and their corresponding articles.

Kevin Hegg, the director of digital projects at JMU, is responsible for all  the website’s technology for the website. According to Hegg, the interactivity of the maps add to the way users experience the website and helps demonstrate how rampant lynchings were during that time.

“If I click on Charlotte Harris’ name then [it’ll] take me to a page with a lot more details,” Hegg said. “For this one they found like 12 articles from local newspapers.”

Although some of the stories of lynchings on the website can be surprising to read, De Fazio argues the shock value isn’t what’s important about the project.

“It’s okay to have an emotional response because these are horrific acts and if you read the stories, there are several cases which are pretty gruesome acts of not just killing but also torture and mutilation,” De Fazio said. “There is definitely a shock aspect of it, but it is important to understand how this was not just a bunch of criminals doing this stuff. [It’s] how the larger community was behind this act.”