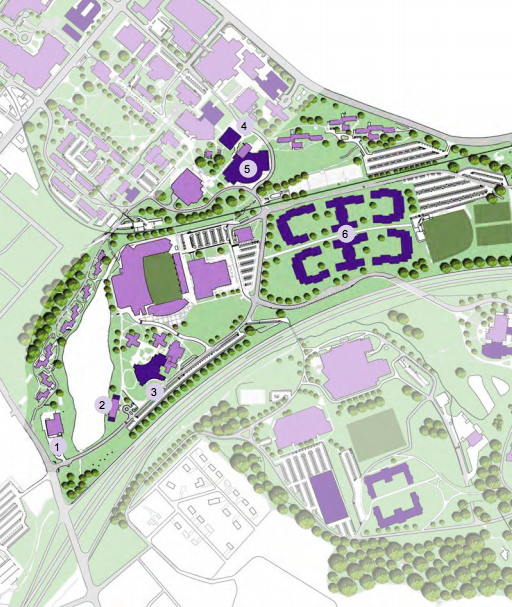 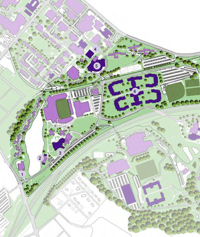 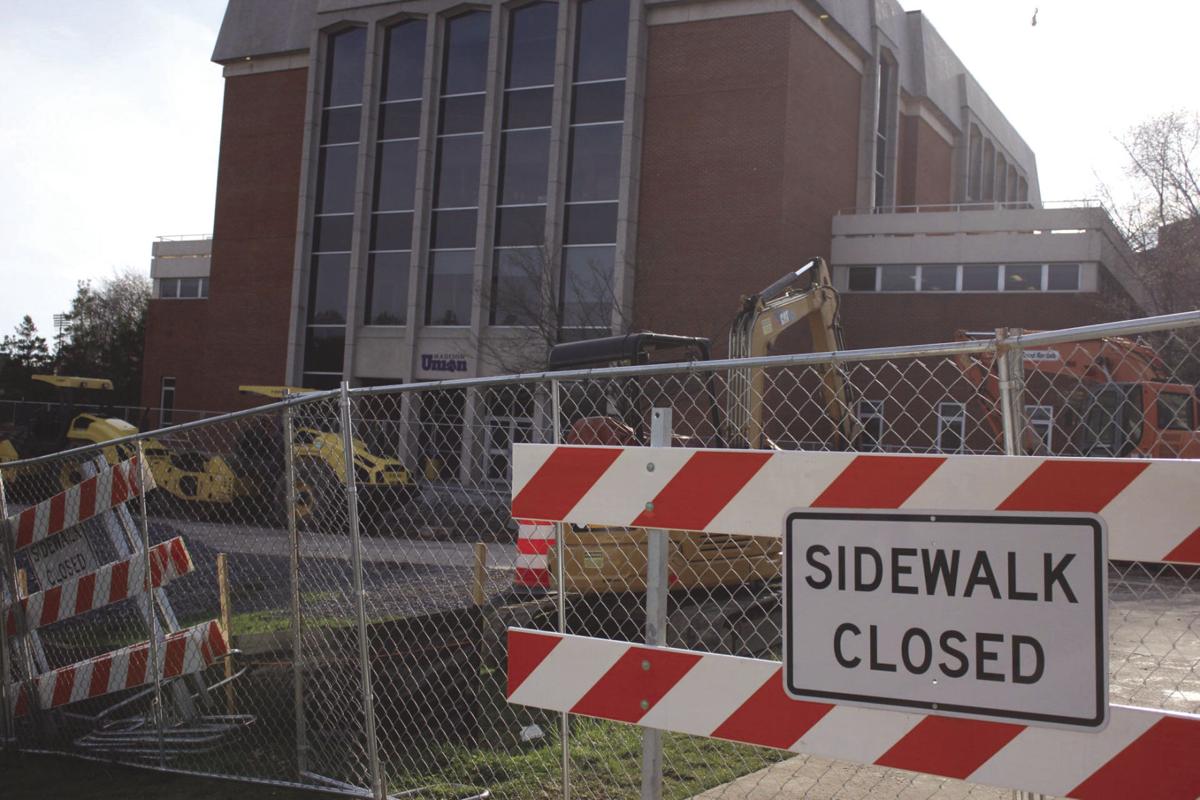 Following its completion, an alternate route to Bluestone Drive will be available.

JMU students returned from spring break in March to a surprise: more construction.

The project underway outside Madison Union near Hillside field is a two-lane road that will connect Grace Street and Bluestone Drive. It’ll be a standard roadway with a sidewalk on one side and a 10-foot wide Bluestone Trail path on the other. According to the University, it’ll be complete by the end of November.

“The whole goal is to link the Grace Street Corridor to the heart of campus,” JMU Deputy Spokeswoman Caitlyn Read said. “Moving people more efficiently from East to West [campus] … people will find those transit times will be reduced if they’re taking the bus.”

When complete, the extension will make Grace Street a significant campus corridor and will provide an alternate route to Bluestone Drive. JMU aims to ease congestion created on external roads due to the addition of new parking decks and academic buildings. Read said there will be clear markings near the road and bike trail, which will create a safe and easy way to travel from one side of campus to the other.

“The Bluestone bike and pedestrian trail has been a partnership that JMU has taken on with the city to connect bikers and walkers,” Read said. “[It’ll] help decrease the time it takes to move across campus from East to West [campus].”

The city of Harrisonburg worked in partnership with JMU to design the road to keep the greater community in mind. The needs of JMU students were taken into account, and Read said pedestrian safety is a top priority. She “can’t imagine” the increased vehicle traffic from the Grace Street extension will complicate foot traffic in the area.

While the road will serve the community for many years to come, not all are thrilled with the construction.

“It basically makes my commute a little bit longer,” freshman elementary education major Heather Pochet, who lives in nearby Hillside Hall, said. “I wish they would wait till summer.”

JMU began construction in the spring “because the project will take longer to complete than the time available during summer break alone,” according to an email from Read.

The Harrisonburg Department of Public Transportation has been conducting a campus-wide route study in the past few months to determine how the addition of the corridor will affect bus routes. The study will continue through the summer but will be done before classes resume in the fall.

“The plan isn’t to have a solution for several months,” HDPT supervisor Elliot Menge said. “We have ideas, there’s just nothing official. We’re still working on it.”

Menge said there have been discussions to make the new roadway part of the Inter-Campus Shuttle (ICS) route but made it clear that’s one of several ideas and that nothing is close to being decided yet. HDPT will communicate all information about the new route schedule with the community in due time.

The road will run past the dining facility replacement for Phillips Hall, which is currently under construction and will be completed by the fall of 2020. According to the University website, there are future plans to expand and modernize Madison Union and to reconstruct the Village dorms.

In a few years, JMU’s mid-campus will be transformed. It’ll take time, but the University believes the temporary inconvenience will be well worth it.