Approximately 50 JMU students and members of local organizations held signs calling for the ratification of the Equal Rights Amendment above their heads as they marched from the Wilson Hall steps to the farmer’s market pavilion downtown Friday.

The Harrisonburg Equality Walk for the ERA was organized to encourage the Virginia General Assembly to be the 38th and final state legislature needed to ratify the Equal Rights Amendment, also known as the ERA. If the General Assembly votes to ratify the ERA when it opens its 2020 session in January, the ERA could be adopted as the 28th Amendment of the U.S. Constitution if Congress overlooks the ratification deadline set for 1982, and Virginia would be the state that sealed its history.

The ERA would grant equal constitutional protection to both sexes, mimicking how the 14th Amendment bars discrimination based on race, religion and national origin. This would give women legal standing in cases of sex discrimination in the military, sexual assault and workplace harassment, and refusal by employers to offer medical accommodations to pregnant women.

Mayor Deeana Reed spoke at the rally. She said that Harrisonburg is “women-led” and that their voices won’t be ignored.

“Today, we stand together in agreement as a community to finish some unfinished business,” Reed said. “Ladies, we are not protected, and we must continue to push for progress and push our legislature to support us.”

The proposed amendment was first introduced to Congress in 1923. Advocates brought the amendment before the body every year after until it finally passed 50 years later in 1972. Activists have since been fighting for state ratification. 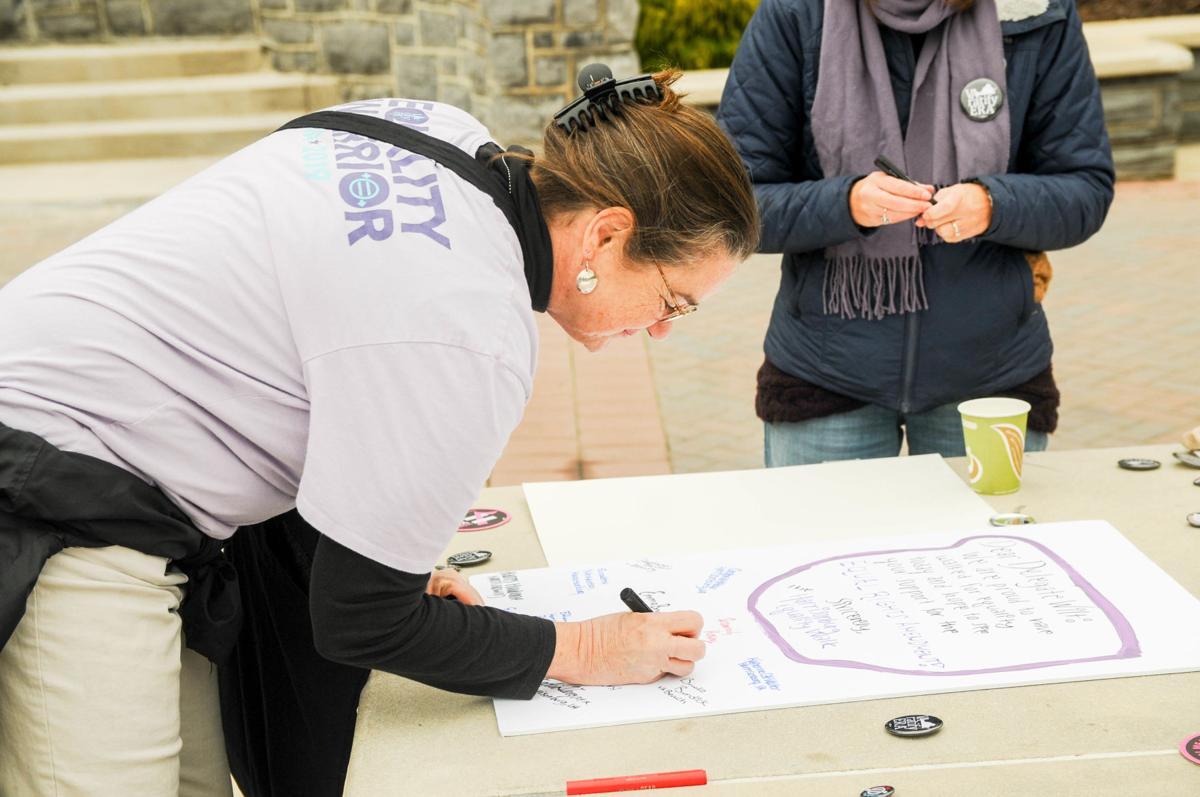 On Friday, December 6th, an equality walk to show support of the Equal Rights Amendment gained the attention of roughly 50 JMU students and community members. 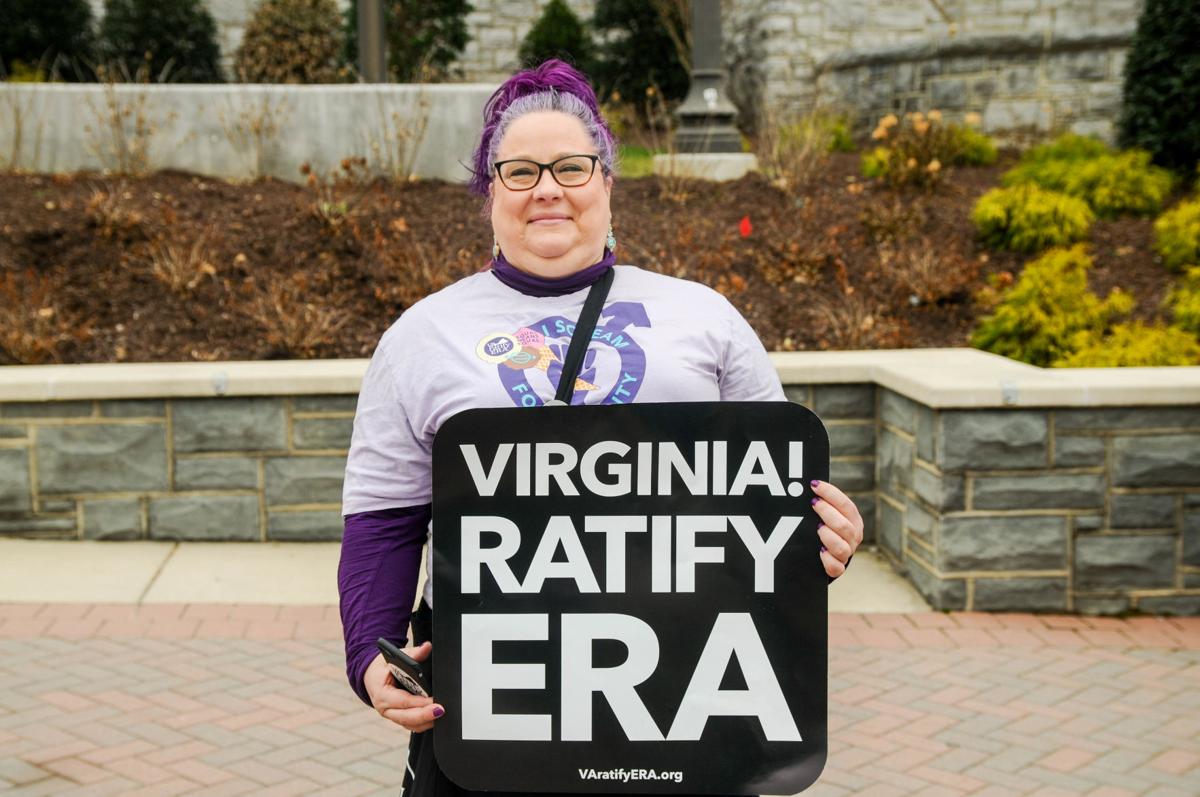 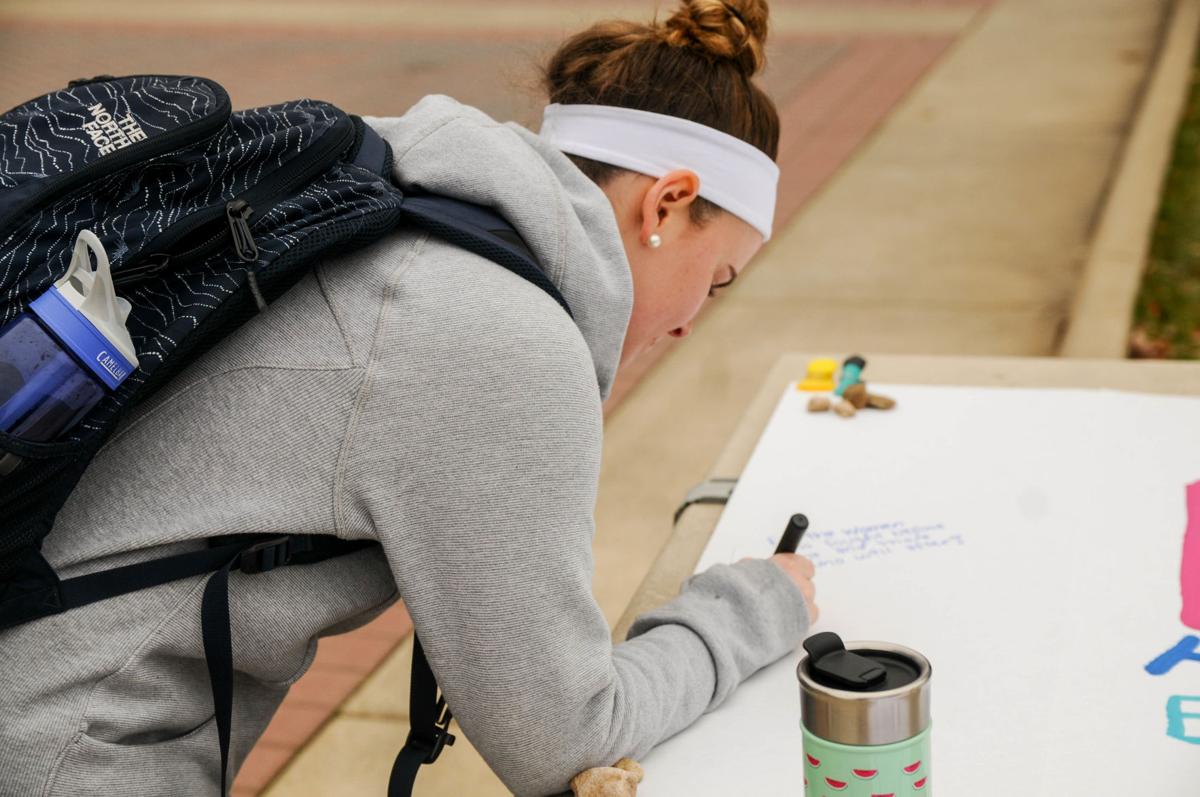 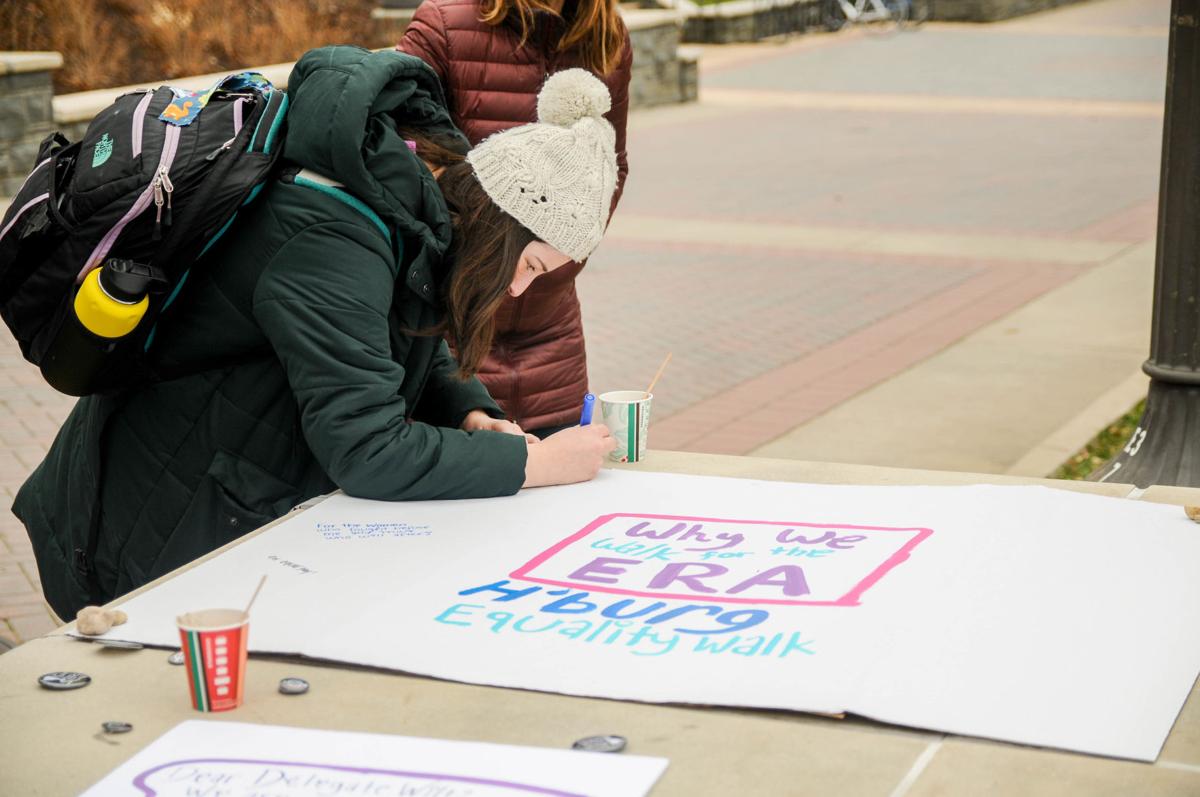 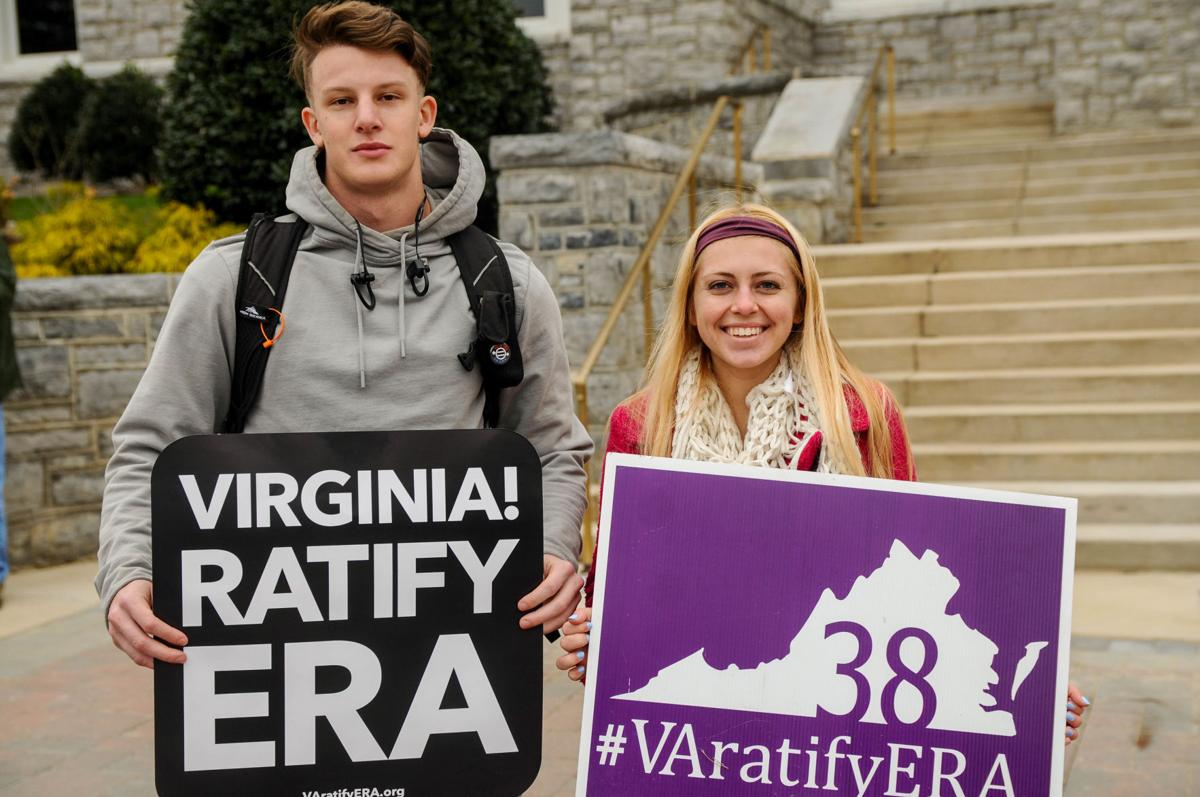 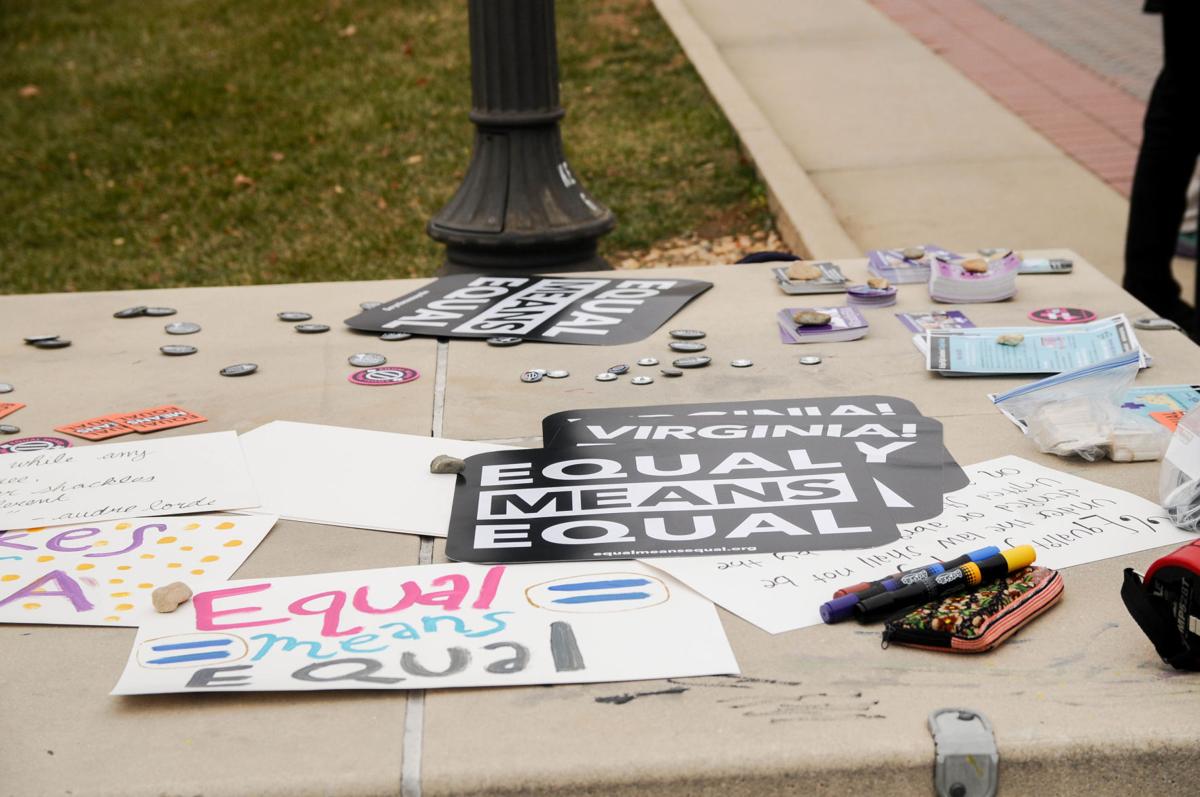 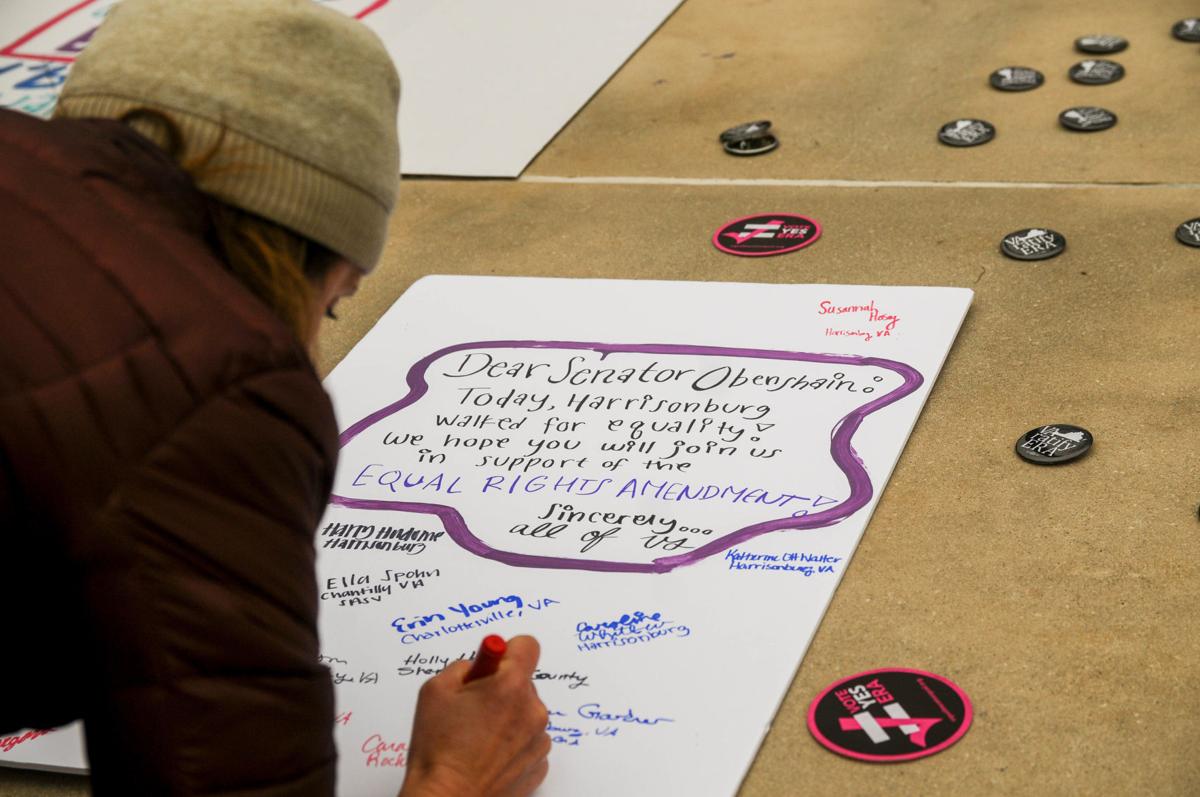 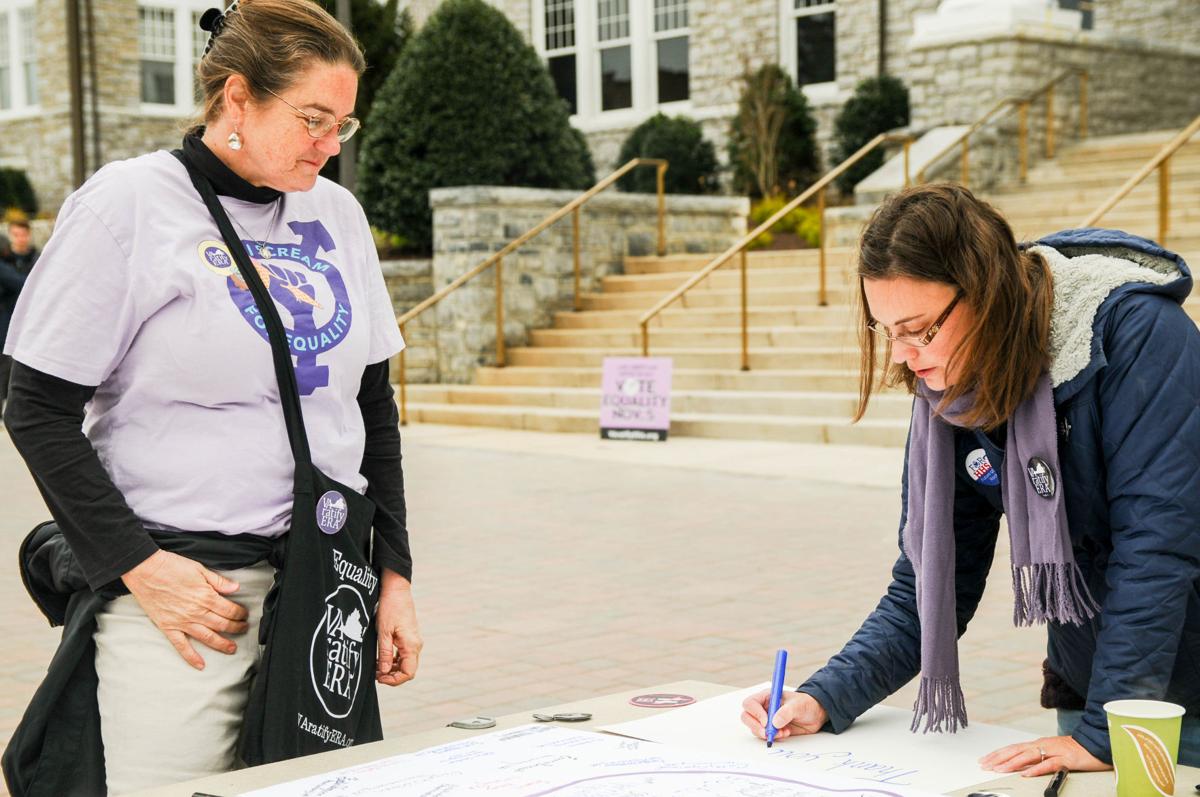 Harrisonburg community members and JMU students gathered on the quad to show support for the Equal Rights Amendment with the equality walk.

On Friday, December 6th, an equality walk to show support of the Equal Rights Amendment gained the attention of roughly 50 JMU students and community members.

Carol Stephens, a speaker from the American Association of University Women, said that although she stood beside some of the original fighters for the amendment, she was “dismayed” that her grandchildren live in a society that doesn’t equally protect them. She said she’s proud of millennials for picking up the torch after the fight for ratification had “died down to a whisper.” Stephens said a law is “fragile” without the “backbone” protection of the Constitution.

The ERA passed the Senate in the 2018 General Assembly term but failed in the House of Delegates. After last month’s statewide elections resulted in the balance of power in both legislative chambers shifting from red to blue for the first time in more than two decades, event organizers said they believe that this signifies that ratification will happen soon.

People who attended the rally were invited to sign letters to Delegate Tony Wilt and Virginia Senator Mark Obenshain, who haven’t supported the ERA in the past. Critics of the amendment have said its passage would make it harder to limit abortions and separate sexes in bathrooms.

Event organizer and junior political science major Jory Woods said the government is at the “top of the grocery list” of perpetrators who discriminate against women. He said the ERA represents the “starting line” in women’s hunt for equality.

“Having young people learn the history behind the Equal Rights Amendment and understand that it has been a century-long struggle is so important in raising voices that are going to define the next hundred years,” Woods said.

Woods said he’s confident the ERA will pass, but he’s hopeful that Virginia will be the state to make it happen.

The rally was supported by a conglomeration of allied organizations, including the Harrisonburg NAACP, VA Ratify ERA, the American Association of University Women, JMU Students Against Sexual Violence and College Democrats.

Holly Huddle, the representative from VA Ratify ERA, said the path to ratification relies on the action of ordinary citizens.

“When legislatures hear from a lot of constituents, they notice,” Huddle said. “Contact your representatives … Policy change will not happen if you are silent.”

Caroline Whitlow, a co-founder of JMU Students Against Sexual Violence and senior social work major, publicly addressed her frustrations with JMU’s investigation of her sexual assault case in 2018 after being warned by OSARP not to step forward. Her concerns with the handling of her case went viral on social media, inspiring several other university students who claim to be sexual violence survivors to speak up. With only 33 days until the General Assembly convenes, Whitlow said she hopes Friday’s event spreads awareness and holds policymakers in Richmond accountable.

“We’re not letting it go,” Whitlow said. “We’re going to finish the work that’s been started.”