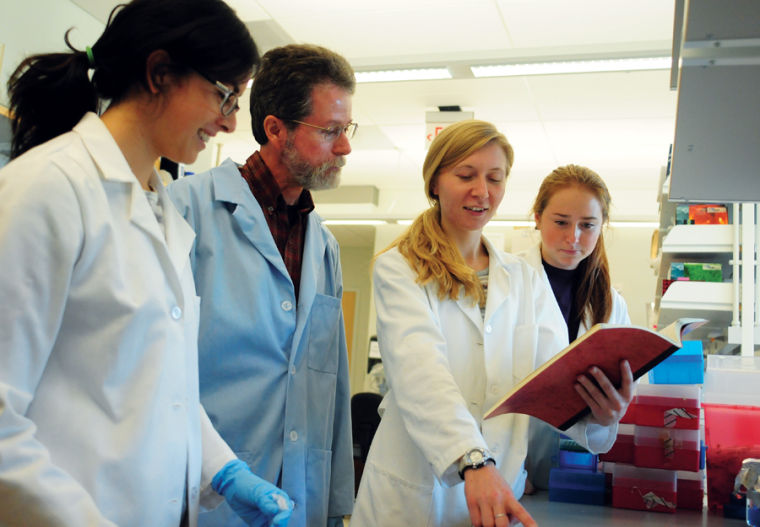 Reid Harris said that the cream they develop could be used for humans one day. 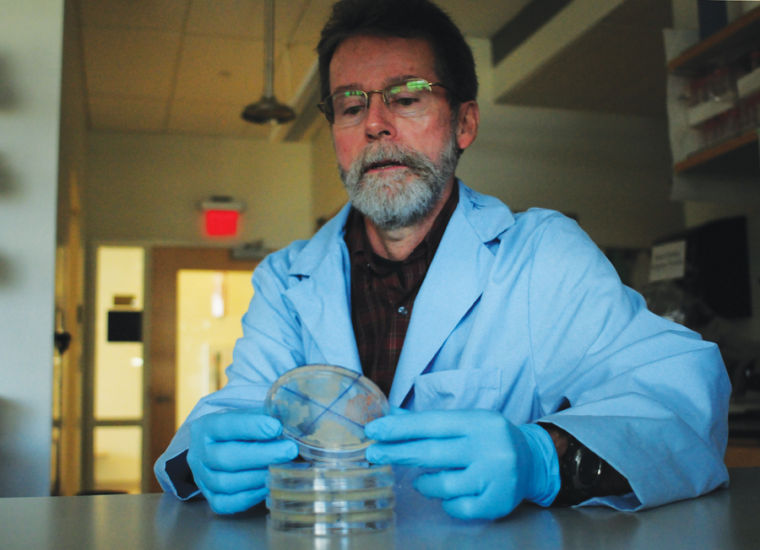 Biology professor Reid Harris will continue to test the treatment for exact dosage.

Reid Harris said that the cream they develop could be used for humans one day.

Biology professor Reid Harris will continue to test the treatment for exact dosage.

While drugs are the typical means to combat harmful bacteria, JMU biology professor Reid Harris is working to replace the chemicals with the use of good bacteria to help fight off athlete’s foot.

Harris has been working since 2002 with probiotics which are small bacterium that have been previously used to help regulate digestive tract issues. His research has primarily focused on combating a fungus that has been killing off various amphibians around the world.

“[Amphibian chytrid fungus] is the biggest disease targeting frogs and amphibians around the world,” Harris said.

According to Eria Rebollar, biology professor and one of Harris’ faculty assistants, says the fungus infects frogs by growing inside of the amphibians’ skin before eating away at the outer layer. This affects the frog’s ability to breath, usually ending in its death.

Harris and his team have been experimenting on frogs infected with the fungus by using probiotics as a way to combat the infection.

“[Using evolution to our side] and using it to help compete against the skin fungus for dominance on the skin,” Harris said. “The treatments have been proven successful in amphibians and in petri dishes to combat the fungus. This is a spin-off of that research that could become applicable in human probiotics.”

Harris, along with his research partner, biology professor Kevin Minbiole, began formulating an idea to develop a probiotic that could be used to combat athlete’s foot, a fungus that infects humans.

“Looking at current products for treating some infections, drugs are not 100 percent effective at fighting some infections,” Harris said. “The idea of probiotics are augmenting a good antifungal bacteria that we already have on our skin. This produces a very effective molecule that could fight off fungus.”

A benefit to this method of fighting athlete’s foot is how it is administered. The cream will allow the medicine to get into hard-to -reach areas such as under the toenail. The cream is available over the counter Harris said.

Harris said that using the techniques they developed on amphibians, they could develop a similar solution for humans and made safe for market sale.

Harris said that using the techniques they developed on amphibians, they could develop a similar solution for humans and make it safe for market sale.

Mary Lou Bourne, director of technology transfer and executive director of JMU Innovations, has worked with Harris to help get the research off the ground to a potential developer.

“The fungus could be on any hotel shower floor and usual treatments [for Athlete’s foot] are either harmful or ineffective,” Bourne said. “This is more effective, less caustic and less costly. Again, this has the potential to be a product.”

In 2009, Harris and Minbiole filed for a patent for their research. Harris finally received his patent in August of this year, after spending more than three years developing it.

Minbiole has since left JMU and gone to Villanova University to teach, but his name remains on the patent.

Harris said that a lot of work is still needed before his research can be turned into a marketable product. His main focus remains on his research into the probiotics of amphibians while also searching for a company or startup group to help research and develop the human probiotic research.

“I think a product could be ready to go to market in the next five to 10 years,” Harris said. “More and more microbes and bacteria — bad ones — are evolving resistances to antibiotics.”

Harris said that careful testing of the exact dosage, any side effects and testing on mammals such as rats would be needed before the product would be ready for human trials.

“What we’re going through is not atypical,” Bourne said. “It takes time to find that right partner. It’s a really, really tough process. We have had two that expressed interest but after a while they just seem to stop answering emails.”

Another issue Harris and his team have run into with their experiments with amphibians has been the eventual disappearance of good bacteria, leaving the frog susceptible to the infection.

“Not all of the experiments have been successful,” Revollar said. “If you add the bacteria into the frog, we analyze it and it sometimes disappears. We’re trying to look for ways to keep the concentration in the probiotics constant.”

Despite these difficulties, Harris said that he is excited for what this project could develop into.

“It’s just the tip of the iceberg,” Harris said.

“I think a product could be ready to go the market in the next five to 10 years. More and more microbes and bacteria — bad ones — are evolving resistances to antibiotics.”