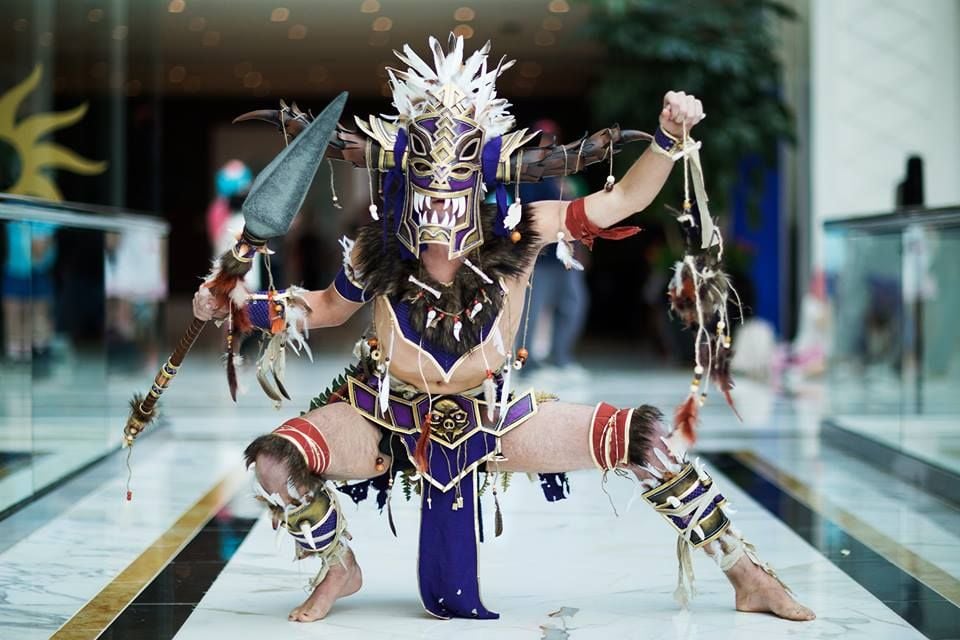 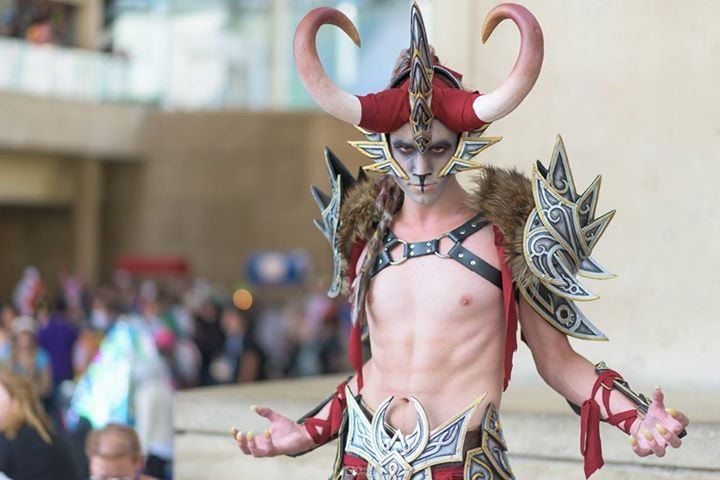 Cosplay is a play on words, combining costume and play. It’s used as a form of self-expression, which allows cosplayers to dress up in costume as various characters, at any given time.

Senior English major Casey Sanders is the president and founder of the Cosplay Guild at JMU.

She has been cosplaying for three years and attending conventions for two. Some of these conventions include Comic-Con, Katsucon and even a convention at JMU called Madicon.

The Cosplay Guild was started at JMU last year informally, however this year it’s much more formal. Currently, there are a total of eight recurring members.

Cosplayers can dress up as whatever they want, whenever they want. From movies to comic books, the character choices are endless.

“There are even people who invent their own characters and take on that persona they have invented,” Rachel Bartholomew, a junior English major and vice president of the Cosplay Guild, said.

From online to hand-sewn, there are various ways to build a costume.

“I have seen people do steampunk costumes,” Sanders said. “Steampunk is, think Abe Lincoln with a jetpack and he has laser gun and he has got some goggles and he is riding a grandfather clock.”

To create a steampunk costume, some people may just go online and buy a corset to pair with brass goggles. Others may take it a step further by doing modifications on their props.  Lastly, some may make their entire costume from scratch. Sanders makes the majority of  her costumes.

“It’s really cool seeing something go from nothing into something,” Sanders said. “Doing the detail work is my favorite part of the creation period because you see it all come together and it’s just like, ‘Wow I made this,’ and you just can’t wait to show it off at your next event or convention.”

In addition to self-expression, cosplay can be used in a number of ways.

“Cosplay is a way for women to claim those characters and make them powerful and come to life,” Sanders said.

However, with empowerment comes backlash.

“There is a big thing going around. There have been people who take really nasty photos of people, touch them and assert themselves on the other person [cosplayers]. So, there is a movement right now, Cosplay is Not Consent,” Bartholomew said.

Comic books used to sexualize women and continue to do so in some aspects. However, in modern day America there’s an increase of strong, female characters being portrayed, Sanders said.

“If you think it looks good, then put it on you,” Kate Knott,  a senior English major, said. “As long as you love what you are wearing, it doesn’t matter if you are not the right size of the character or the height or the skin color.”

Bartholomew took her advice and has dressed up as about 15 different characters.

“I have cosplayed women,” Bartholomew said. “I have crossplayed, which means I have dressed up as a man. I have done beards, prosthetics, sewing and props.”

When it comes to cosplay there’s a big community; from the cosplayers, to the photographers, to the fans.

“Often when you got a convention, there is a group of cosplayers and a group of photographers and they mingle,” Bartholomew said. “I think most photographers have an appreciation for the craft and the effort people put into their costumes.”

Sanders and Bartholomew both have Facebook pages with followers so people can interact that way; this allows for a big community not only at JMU, but also worldwide.

“[Cosplay] is empowering because a person is taking claim to that character … They are identifying with that character’s strengths and weaknesses,” Bartholomew said. “It is finding a little bit of yourself in that character as well, and interacting with others.”