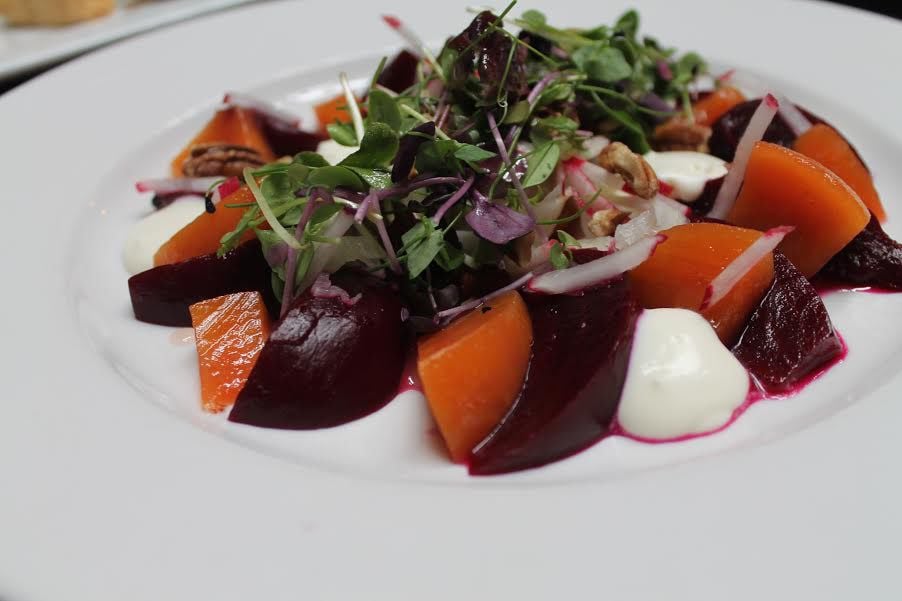 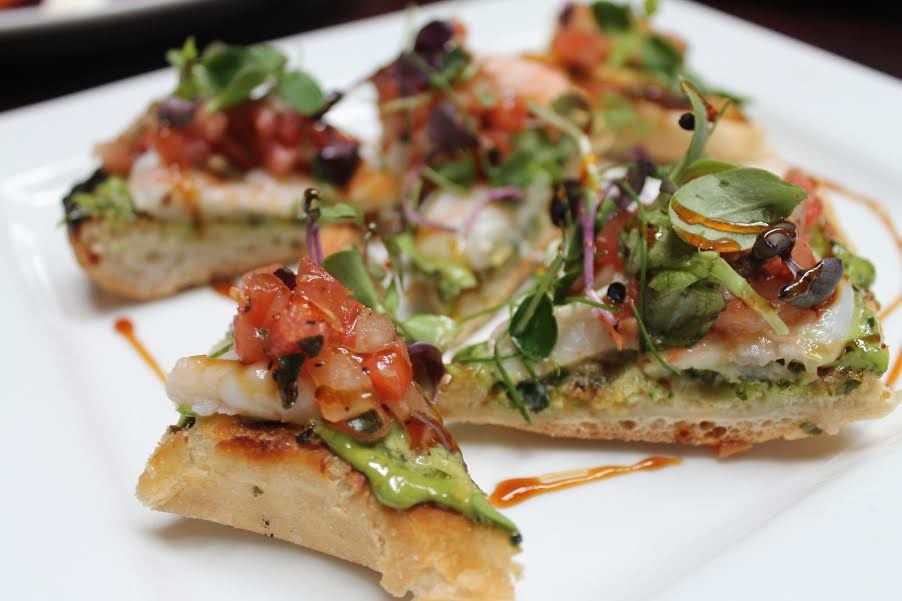 Sweet potato dumplings drizzled in a smooth kale and pecan pesto with flakes of crispy country ham sit in a simple white bowl in the middle of a rustic yet inviting dining room.

Specialty southern dining is closer than you think.

Tucked away in the heart of downtown Harrisonburg, Jimmy Madison’s lends itself to delicately crafted, authentic southern food, tailored to the local area.

Isaac Coles, the new head chef of Jimmy Madison’s, puts a lot of thought into each of the unique southern dishes on the menu that the restaurant offers.

“It’s a big process,” Coles said. “First, you want to brainstorm a lot. For me on this one, it was like, ‘What represents Virginia food? What do I get excited for when I think of Virginia food?’ I want to represent a southern kitchen and Virginia really well, because it’s my home state.”

With southern food in mind, the new lunch and dinner menus at Jimmy Madison’s feature those country meals with a twist. Dishes like sweet potato gnocchi and BBQ baked peanuts are just a few of the uncommon goods served at the restaurant.

Even traditional recipes are uniquely altered, like kale pesto made with pecans instead of pine nuts.

Typically, hearing the words “southern cooking” make some immediately think of meat. But Coles wants to change that. The menu items are quite versatile, making it easy to make a dish vegetarian, vegan or pescatarian by simply excluding a few ingredients.

Finding local ingredients that complement Coles’ southern recipes is a big part of his job. He strives to create a connection with the Harrisonburg community through his food.

“We buy their food, they’re going to talk good about us,” Coles said. “We support them, they support us, that’s what communities are all about. The more I am here, the more it will become that.”

While Coles puts a lot of thought and time into his creations, he strives to make sure the restaurant still feels welcoming instead of exclusive.

“I want it casual,” Coles said. “I’m serious about my food, I’m serious about my service, but I want a casual atmosphere. I want people to come in with jeans and a T-shirt and be relaxed, as if they were at their house. It doesn’t have to be stuffy to eat great food.”

Coles believes that the environment of Jimmy Madison’s has had a big impact on his time there since he joined the team in January.

“The best part of working here is, of course, the food and the people that work here,” Coles said. “If you’re not doing the food you want to do and if you’re not working with the people you want to work with, you don’t last very long and it gets you to move on fairly quickly. I spend more time here than I do with anyone else.”

Coles aspired to find a balance in creating the new menus. Entrees like the chicken and waffle panini or the pork belly shrimp and grits give customers a real taste of the South, while other meals like the harvest plate with quinoa and sweet potato puree allow for lighter, healthier options.

The shrimp toast, for example, features a textured bruschetta liberally coated with a creamy pesto, topped with shrimp and refreshing micro greens that would leave anyone feeling satisfied without feeling guilty.