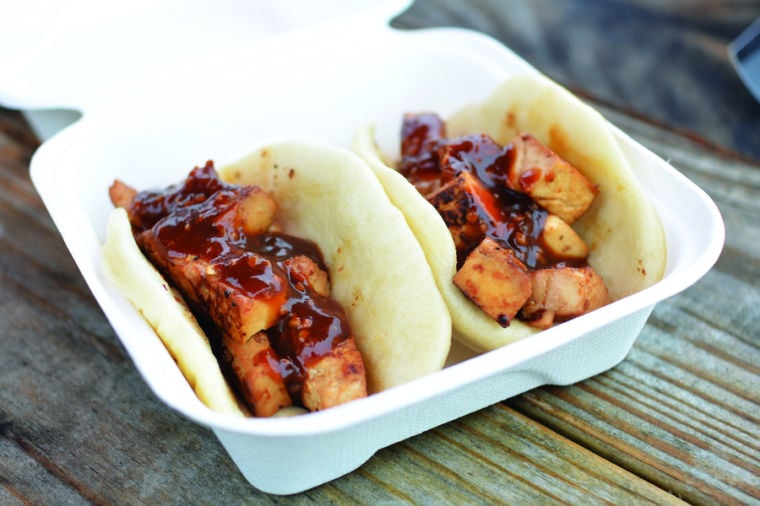 Mashita also offers vegetarian versions of its ssam and ho-pang with either roasted shitake mushrooms or marinated extra-firm tofu. 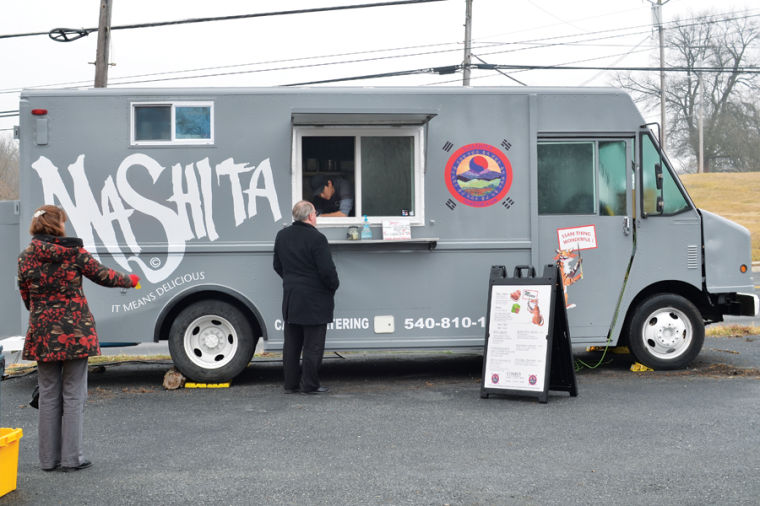 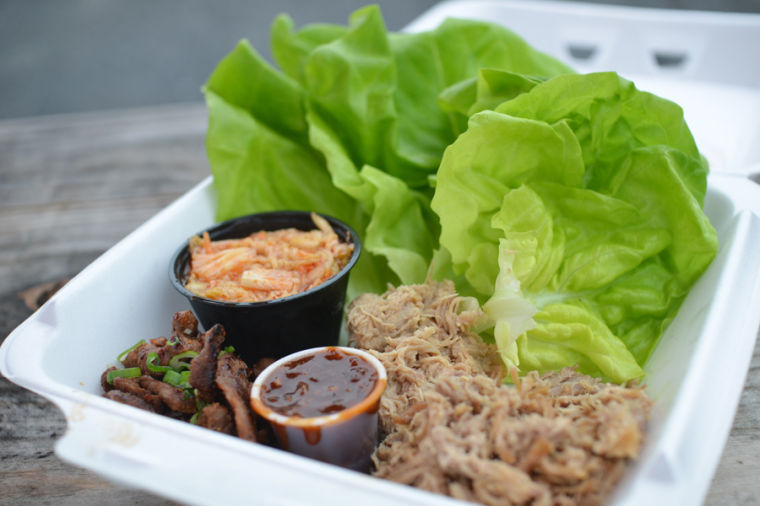 Ssam, which means ‘wrapped’ in Korean, comes with a choice of meat accompanied by bibb lettuce to make a lettuce wrap. 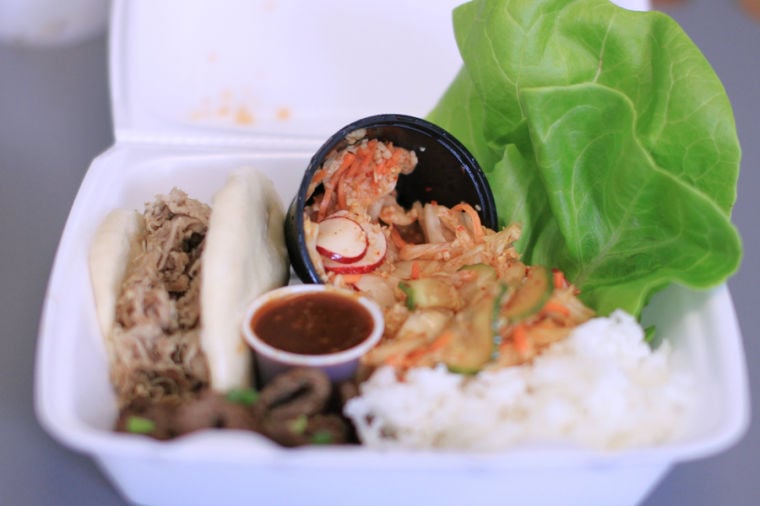 Mashita also offers vegetarian versions of its ssam and ho-pang with either roasted shitake mushrooms or marinated extra-firm tofu.

Ssam, which means ‘wrapped’ in Korean, comes with a choice of meat accompanied by bibb lettuce to make a lettuce wrap.

Hanging out in a 1999 Chevrolet step van retrofitted with kitchen equipment serving Korean delicacies: this is a lifestyle for Mikey Reisenberg.

Sitting in a gravel parking lot off of E. Market Street, Mashita is a Korean-inspired food truck serving up authentic Korean dishes within a college student’s budget. The truck is owned by Reisenberg, who was adopted at 4 months from Seoul, South Korea by an American family and was raised in Harrisonburg. He graduated from JMU in 2009 with a degree in history.

It was Harrisonburg’s lack of Korean-influenced food that sparked the idea for Mashita.

Reisenberg describes the food scene in Harrisonburg as leaning heavily toward Hispanic cuisines and I completely agree. While we all do enjoy a proper taco, I yearn for flavors of my own heritage. There are a few, and I hate using this term but it applies here, “authentic” Asian restaurants. Yes we do have the Oriental Cafe, Taste of Thai and Beyond, but we lacked a strong Korean or Vietnamese restaurant, until now. An aside: I am still waiting for the day that a proper pho noodle shop opens here.

The menu is simple: choose one of two combo options, either two ho-pangs or two ssams.

What exactly are ho-pangs and ssams? Ho-pangs are steamed buns. They have a nice fullness to the bite without being overly doughy. Substantial but light, a pleasing balance — think of these as Korean soft tacos. Ssams are lettuce wraps: bibb lettuce with meat and a sauce inside.

While the portions of either combo appear small, I can assure you that it is filling. A combo of two ho-pang and a side will run you eight dollars while a combo of four ssam and a side will be six dollars. The sides or banchan include steamed rice, kimchi and a bean sprout salad. The rice would work well in a ssam but it would be far too much starch added to a bun. The kimchi or the bean sprouts will play well in either a ssam or ho-pang.

Both dishes offer the same fillings of braised chicken or pork and beef bulgogi. There are also vegetarian options such as mushrooms or tofu but the beef was by far the best protein out of the choices. It was flavorful but not too overly sweet, a common sin of “fusion” and ethnically inspired dishes. With the seasonings of the beef, I don’t believe the sauces that were included were completely necessary nor contributed much of anything. I would have loved a spicier option which I have come to associate and love about Korean cuisines, as with most ethnic foods.

There was some kick from the kimchi which brightened up the meal. No Korean meal is complete without this ubiquitous condiment. Mashita quick pickles their kimchi which means that it won’t have the same depth of flavor that kimchi develops if it is allowed to ferment. While it lacks complexity, it is still absolutely necessary to order.

Dessert was unfortunately forgettable. Asian desserts are typically not sweet but rather savory. Mashita chose to forgo that notion and drown the buns used in the ho-pang with an overly sugary icing. It conjured up memories of late night exhaustion in an airport where your only choice is Cinnabon so you wouldn’t fall asleep and miss your connection.

Sadly this was the note I ended my meal on, which is a real pity because overall it was an impressive meal from Mashita.

“This really is for anyone that is interested in something different,” Reisenberg said, and I agree.

For those looking to slowly expand their palate, Mashita is a good first step into the bounty of dishes from various cultures.