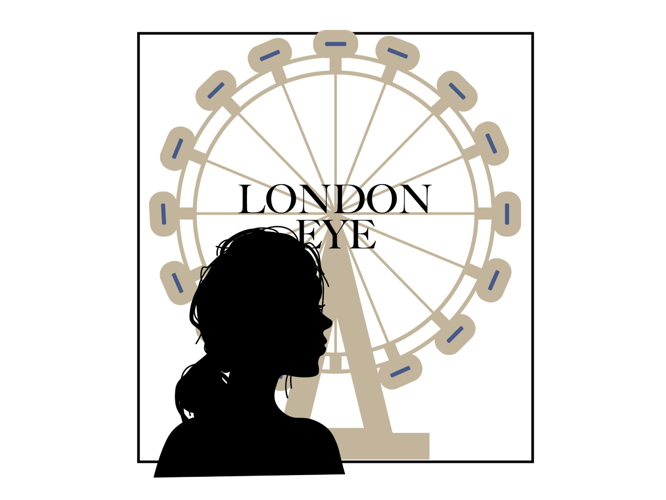 On Avery's semester break, she visited Rome and Athens and Santorini, Greece. 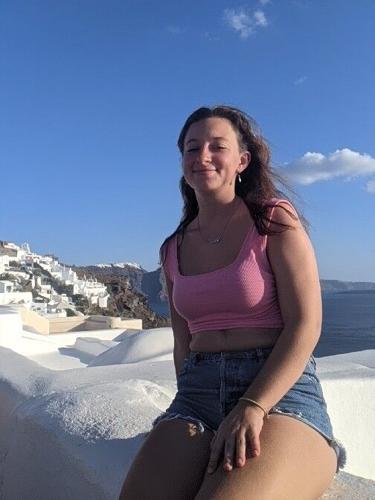 Avery said Santorini's picturesque buildings and black-sand beaches were unlike any other view. 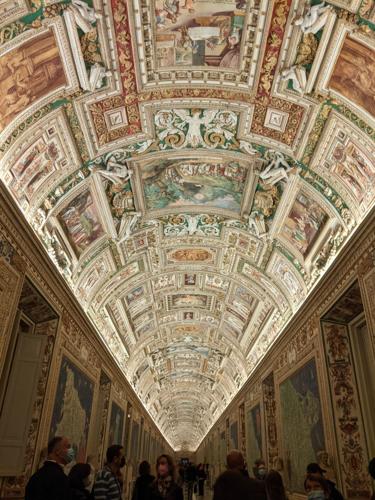 The ceilings of the Sistine Chapel are covered in intricate paintings. 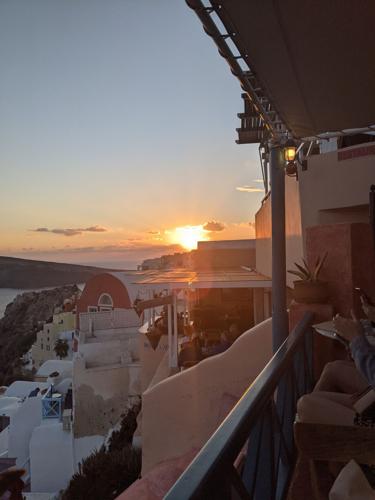 On Avery's semester break, she visited Rome and Athens and Santorini, Greece.

Avery said Santorini's picturesque buildings and black-sand beaches were unlike any other view.

The ceilings of the Sistine Chapel are covered in intricate paintings.

Hello from Athens, Greece. It’s one of the most wonderful times of the year — fall break — and I’m spending 10 days traveling through Europe with six other students. We started out in Rome, then went to Santorini, Greece, and we’re finishing in Athens.

We had the times of our lives in Rome. We stayed in a hostel, something I was really worried about at first. I was picturing a small, sketchy place where we would have to share our room with strangers and lock up our stuff, but it wasn’t like that at all. We booked a room for the seven of us with our own bathroom — no strangers. It was within walking distance of everything, and there was a bar downstairs with cheap drinks and a fun bartender. What more could you want?

Once we knew we’d be safe and comfortable at the hostel, we started having a good time.

It was almost midnight when we got to Rome, so we went to dinner at an Italian restaurant called Miss Grilled. I got alfredo and the house white wine and talked to the owner, who’s had the restaurant for 40 years.

The Trevi Fountain is beautiful. The water is bright blue and flows from an incredible white-stone building with huge columns and angel statues. The seven of us stood together and threw in coins to make our wishes come true. The Pantheon was just as awe-inspiring because of how long it’s been there and how well it’s preserved. It’s been there for thousands of years, and it still looks almost exactly like it did when it was first erected. Witnessing an architectural feat like that puts into perspective the concept of time and how much the world has evolved.

The Sistine Chapel and St. Peter’s Basilica were my favorite sites in Rome. The ceilings of the Sistine Chapel are breathtaking, covered in intricate paintings and carvings — every room holds something different. There’s a hallway with hundreds of old Roman statues, a room with tapestries of old country maps, original Van Gogh paintings and so much more. And at the Sistine Chapel, after seeing so many pictures of the famous Michelangelo painting on the ceiling, I felt like I became part of a distinguished club after seeing it in person.

One thing that surprised me was how small the popular painting of God and Adam touching fingers, “The Creation of Adam,” is. I envisioned it covering the whole ceiling based on pictures I’d seen. Instead, there were tons of other small paintings on the ceiling, too. They’re all portraits of different people in elegant clothes. I could’ve stood there staring at the ceiling for hours to take it all in.

Our last site was the Colosseum. We grabbed coffee and gelato at Cafe Roma and had an amazing view of the Colosseum right in front of us. Being near the Colosseum felt like we were immersed in Roman culture, surrounded by live music, families running around and people flying past on scooters.

Nightlife in Rome is a blast. After we struck up a fast friendship with the hostel bartender, he drove us around and brought us to different bars in the city. It was also helpful to have an Italian friend to translate things and help us out.

I won’t ever forget the food in Rome. I’m pretty sure I had a margherita pizza three out of the four days we were there, and I don’t regret it at all. I also ate a lot of pasta and drank a lot of white wine.

While it was sad to leave Rome after meeting fun people and seeing amazing things, we were excited to see Santorini.

It’s all Greek to me

The weather was gorgeous, and it was hot enough to go to the beach every day we were there. We went to two black sand beaches and also had even more delicious pasta. Santorini was our rest and relaxation time in between Rome and Athens, and we definitely soaked it all up.

Nothing compares to the views in Santorini. The contrast between the white buildings, blue sky and black-sand beaches was breathtaking — pictures don’t do that beautiful island justice.

Now, we’re in Athens, our last stop before going back to London. So far, we have plans to see the Acropolis and the Parthenon and do a lot of souvenir shopping.

First impressions of the city have been good, but it’s completely different from Santorini. I know they’re islands, but it doesn’t seem like they’re even part of the same country.

To be honest, traveling with a group of six other girls made me nervous. I thought drama would be inevitable, and I wasn’t looking forward to it. However, this trip has brought us all so much closer and has truly bonded us. It’s also strange that in September, we were all complete strangers, and now we’re traveling Europe together.

We already knew that we clicked the first time we all met, but we’ve all experienced a once-in-a-lifetime opportunity that has brought us incredibly close together.

London Eye | A weekend in Scotland

In this week's installment of "London Eye," Avery took a trip from the city life of London to the coast of Scotland, exploring castles and tasting whiskey.

Because her freshman year was altered by COVID-19 protocols, Avery said she wasn't able to make any friends in her dorm. But as she adjusts to living in a London flat with 14 strangers, she said the experience has been "amazing."

As Avery's adventure in London continues, she describes the experience of being able to legally drink for the first time as a 19-year-old.

Staff writer Avery Goodstine covers her experiences during her media-focused study abroad semester in London in The Breeze's new column, "London Eye." Check in every Friday as Goodstine explores one of the world's biggest media hubs.

In this column, Avery Goodstine tackles the fears and worries she experienced before leaving for London, like maintaining relationships in the U.S., and how she's dealt with them.