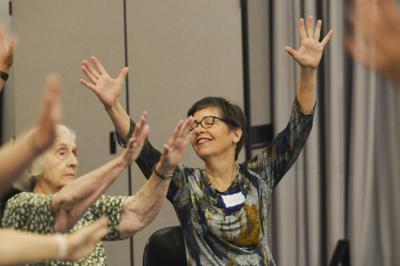 The performing arts can often have a prominent influence on society beyond entertainment. Dance for Parkinson’s (DFP), originally created by David Leventhal, the program director, in Brooklyn, New York, provides breaks in the barriers of social anxieties, isolation and self-consciousness those who have Parkinson’s Disease may feel.

DFP is an international program that was implemented in the spring at JMU, thanks to Kate Trammell. She’s a recently retired professor of dance who has an extensive background in the artistic community. She said her central motive in commencing the program at the university is to expand the way dance can impact lives.

“I’d been working with elderly people and people with disabilities for some time, and this seemed like a really good program,” Trammell said. “They have a very clear-cut kind of curriculum for studying and building your skills.”

Trammell was proactive and quickly brought in participants like William Painter, a dancer in the DFP program with Parkinson’s disease.

“I had only been diagnosed a short time and had no previous contact with Parkinson groups,” Painter said. “I had known Kate for a number of years and followed her dance programs, so I was inclined to get into anything she was leading.”

DFP is a form of therapy for those who live with Parkinson’s. The classes focus on different physical reliefs to improve balance, mobile ability and mental health. Ashton Clevenger, a junior dance and media arts and design double major who’s deeply involved with DFP, said there are many studies of the long-term effects of the activity.

“The actual dancing and going through movements can help their joints. Getting them moving may slow down progression,” Clevenger said. “It is also very good for the people with Parkinson’s, socially — they might not leave house as much.”

Painter described his time so far with DFP as pleasant and a motivator for further success with PD. He appreciates the opportunity he took advantage of when he signed up for class in the spring.

“DFP, together with other follow-up programs, has encouraged me to stay with the exercises I learned. These exercises seem to be effective in arresting further progress of my PD, at least for now,” Painter said. “As far as psychological benefits, I am coming to terms with the fact that I have PD, and I can recognize that many other people have it too. I see that there are many forms of PD and that for many people, there are many ways to resist the progress of the disease.” 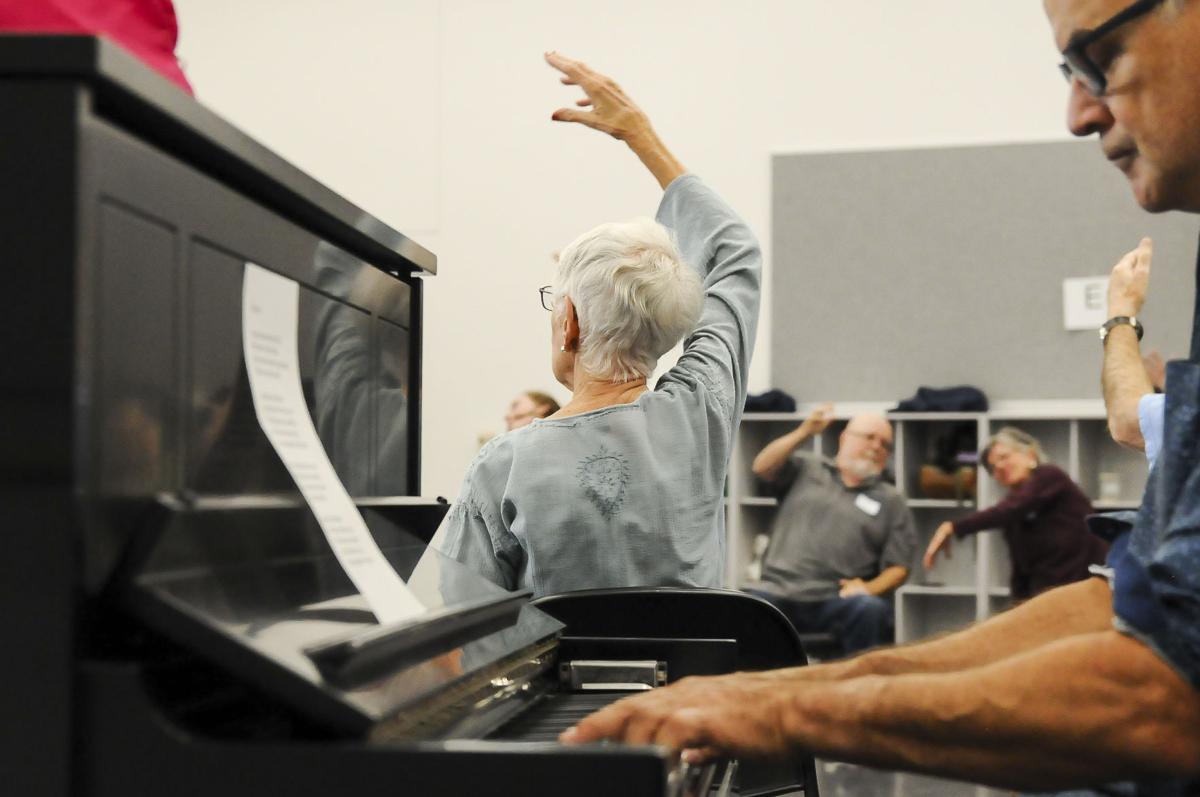 JMU holds Dance for Parkinson's classes every Saturday that allow participants to enjoy learning movements that will help with symptoms. 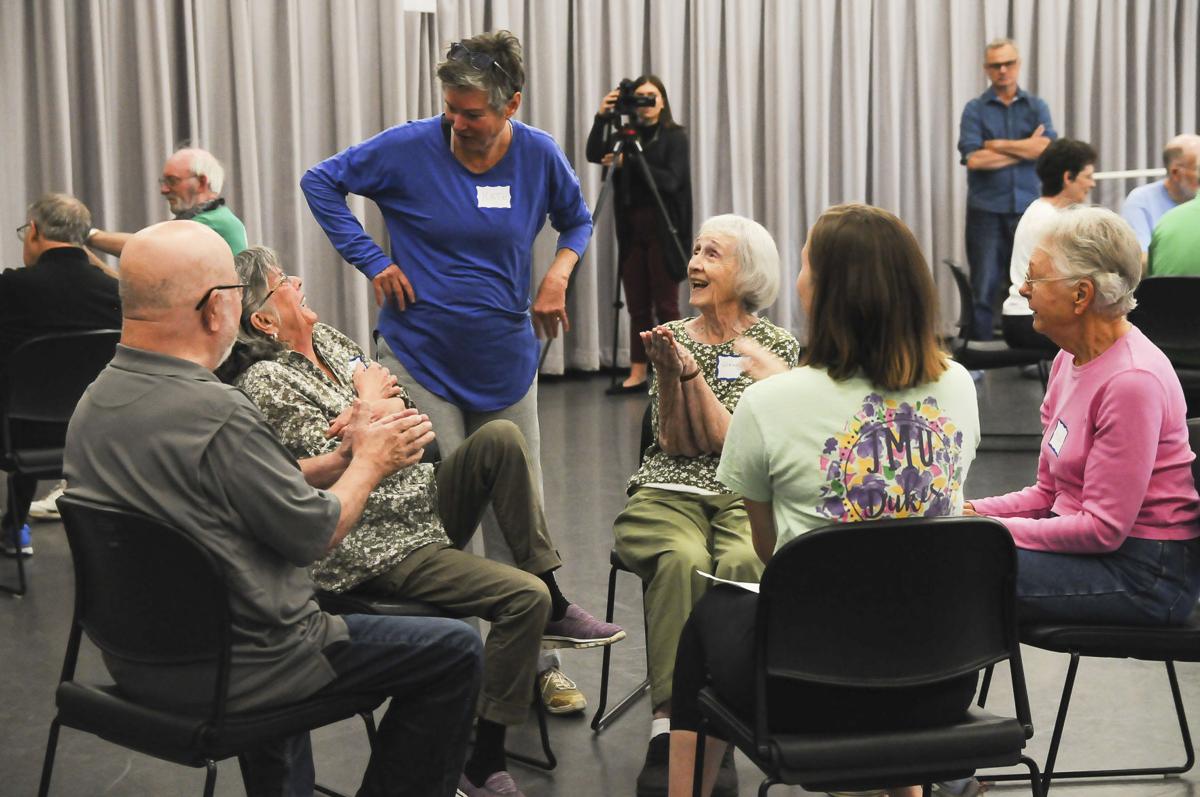 These classes were also held last spring and after seeing the response, JMU's school of Theatre and Dance, the College of Visual and Performing Arts and the School of Music have come together to continue the free classes. 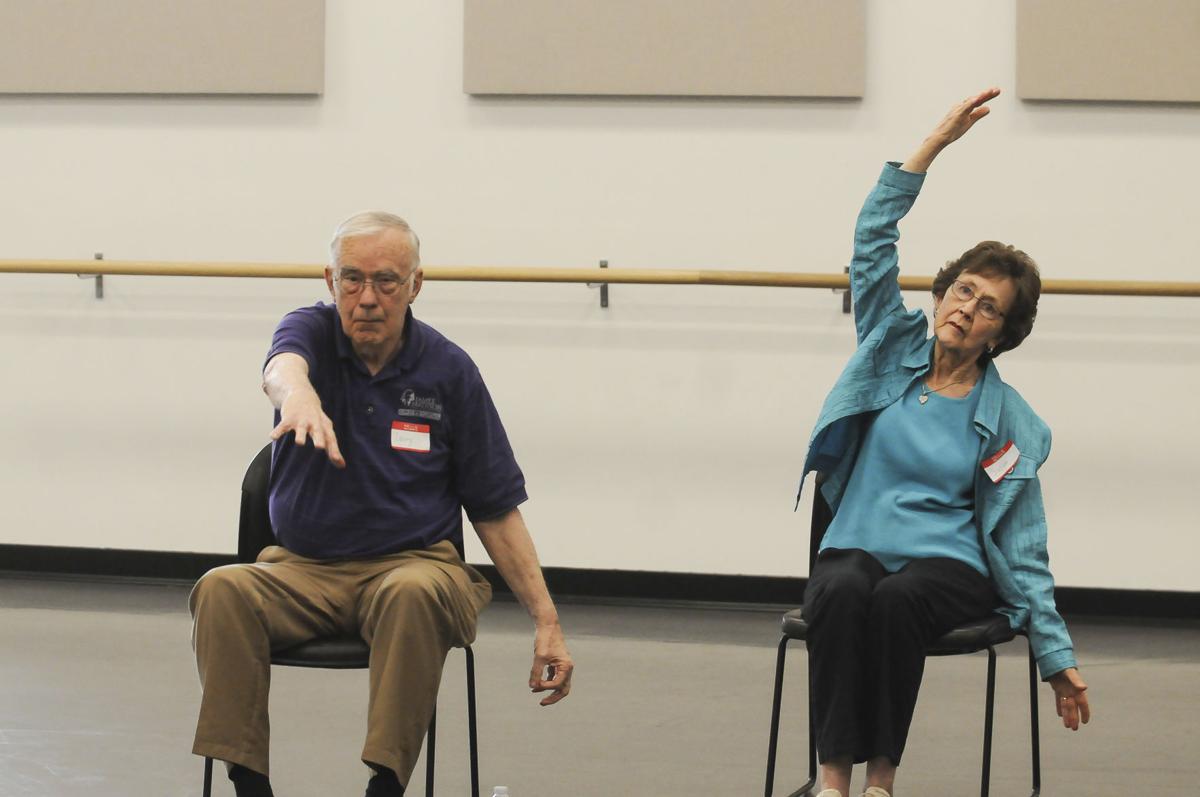 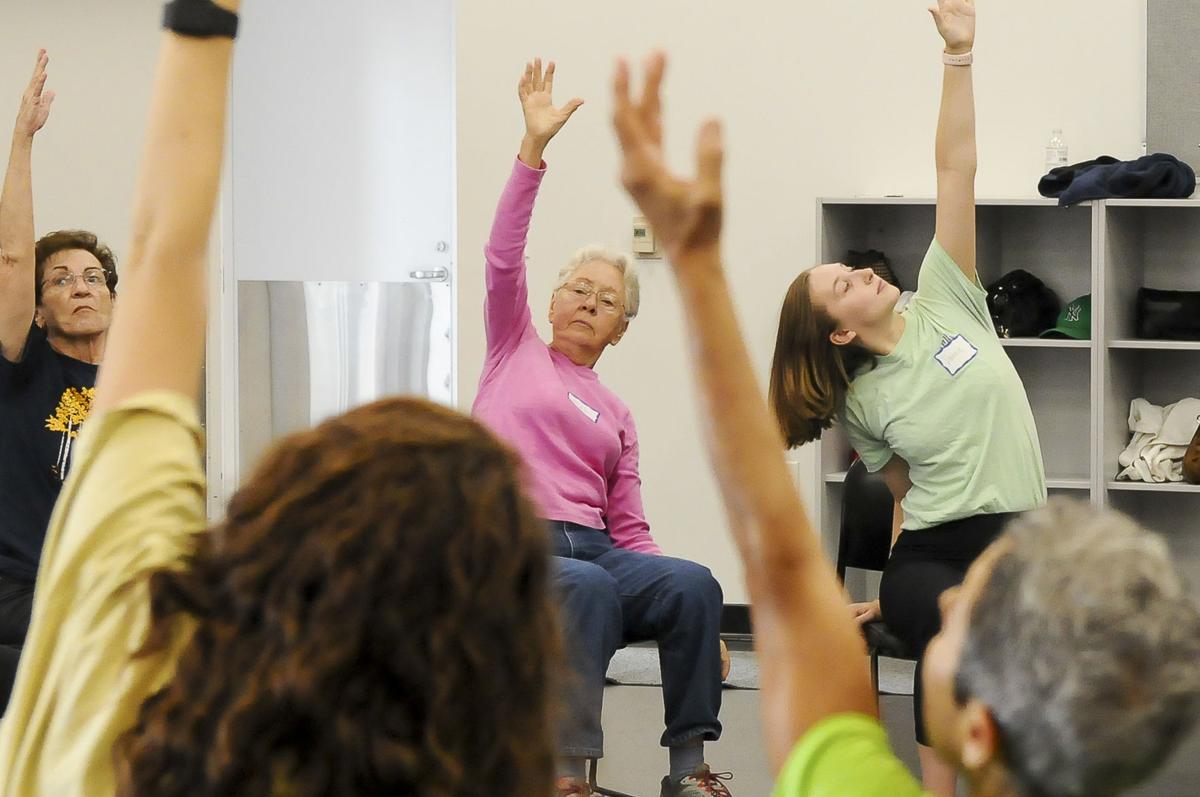 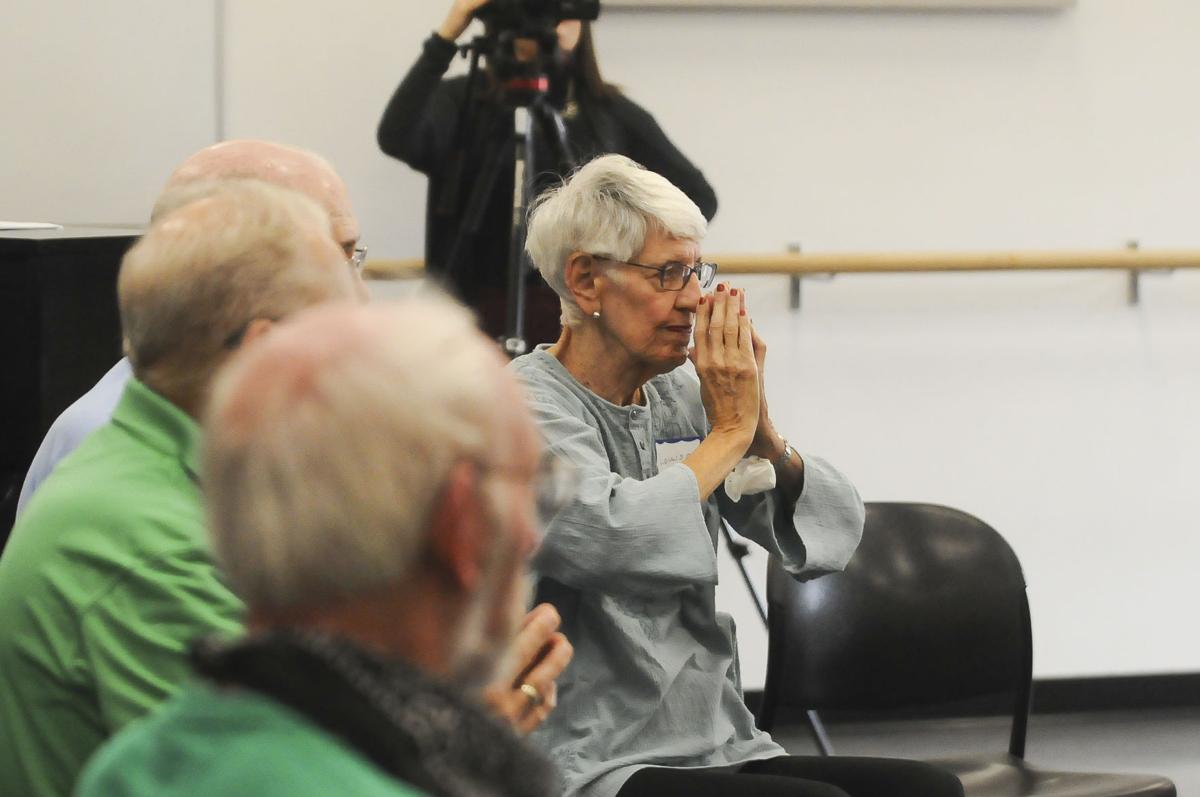 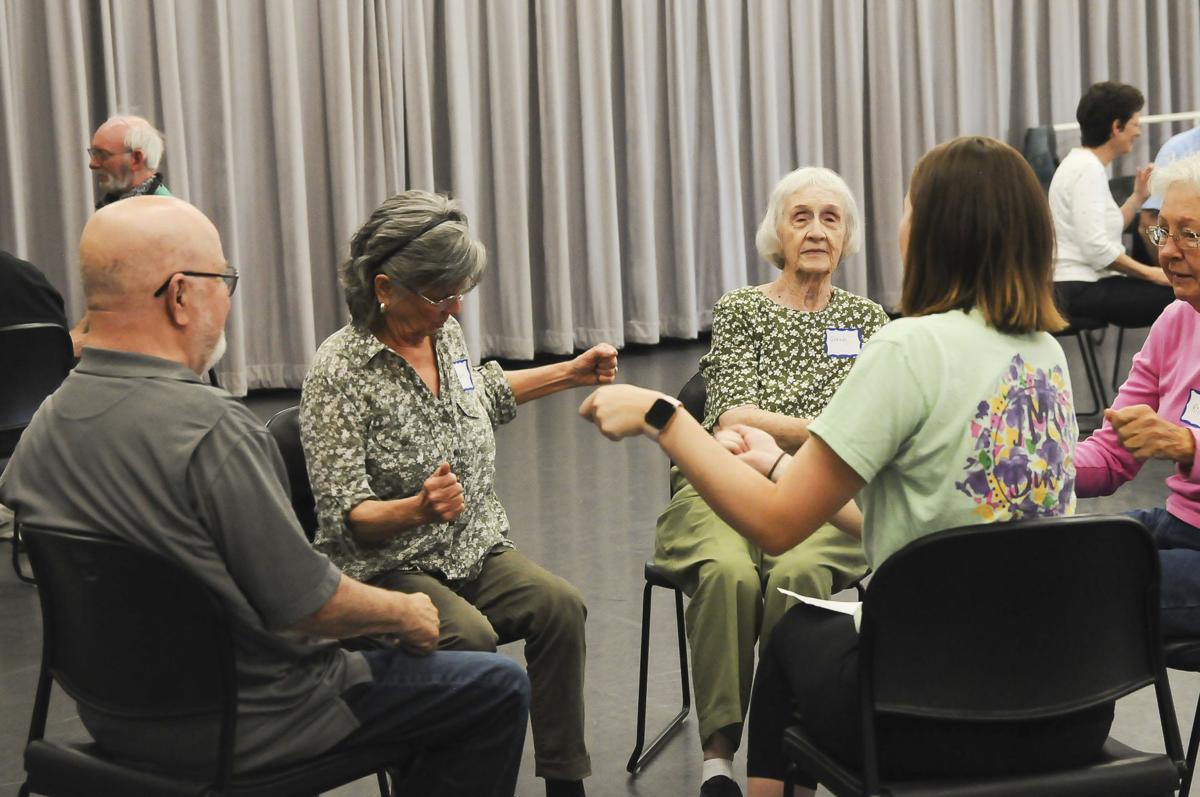 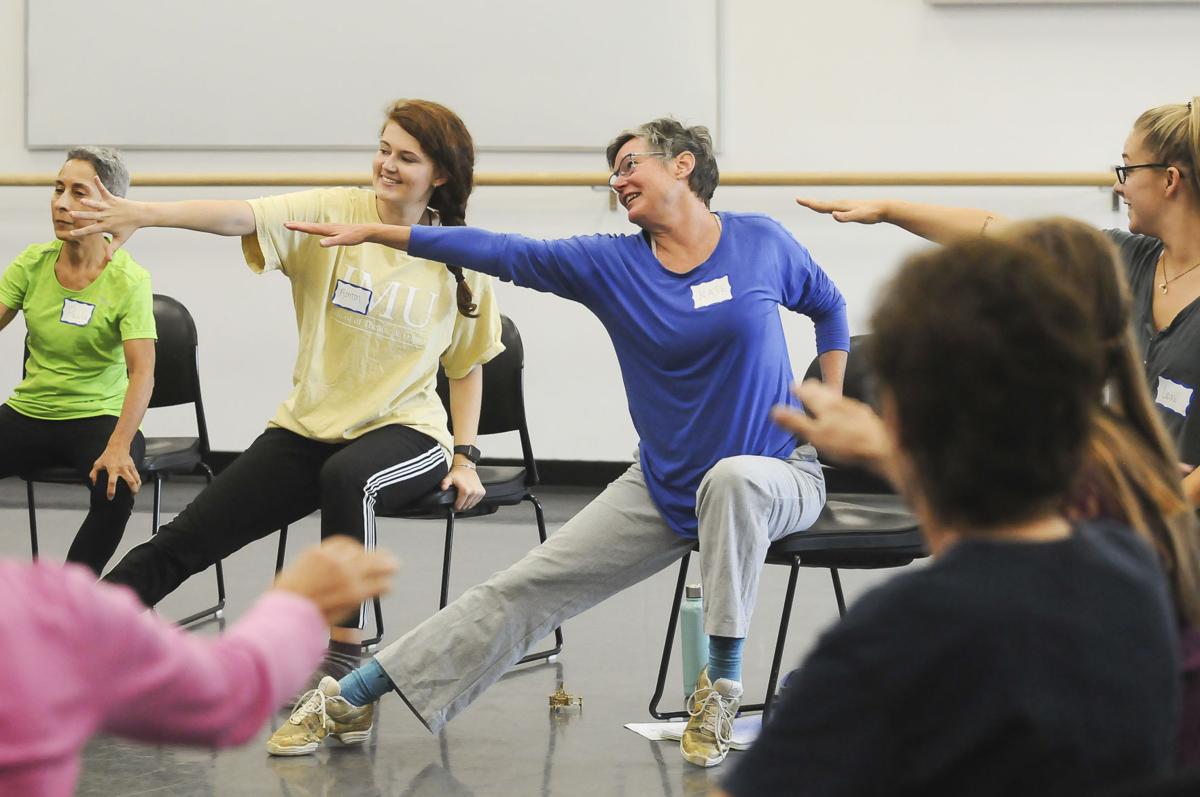 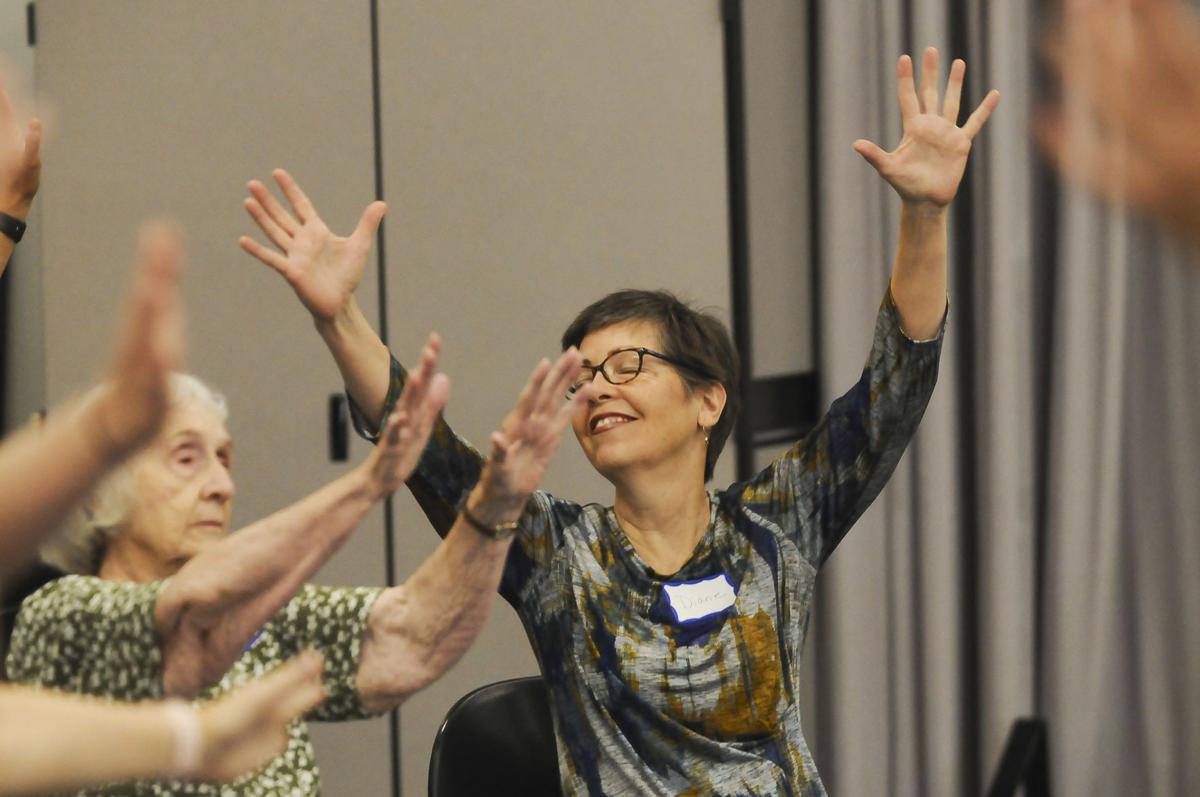 JMU has help free Dance for Parkinson's that started September 28th and will go through November 16th. The classes are put on by JMU's Theatre and Dance, the College of Visual and Performing Arts and the School of Music.

JMU holds Dance for Parkinson's classes every Saturday that allow participants to enjoy learning movements that will help with symptoms.

These classes were also held last spring and after seeing the response, JMU's school of Theatre and Dance, the College of Visual and Performing Arts and the School of Music have come together to continue the free classes.

Those with Parkinson’s often have a caregiver, which can create a unique relationship, according to Trammell. With the physical limitations Parkinson’s entails, the dynamics of this bond can be challenged. DFP provides an atmosphere for these connections to grow playfully and companionably.

“JMU has a lot of interest in connecting with the community in meaningful ways,” Trammell said. “It is a good fit for JMU’s mission, and it is very important, I believe, for the university to work in collaboration with the community because so often, there can be this big gulf between town and gown, as they say, and sometimes, hard feelings about it. It’s important to be able to work with people in the community in ways that are respectful of what they believe their needs to be.”

The College of Visual and Performing Arts and the College of Health and Behavioral Studies came together in the spring and immersed themselves in the hands-on experience. When Tramell asked students to become involved, there was no hesitation. They began as teaching assistants and quickly expanded their involvement.

Junior dance and pre-occupational therapy major Chloe Conway, along with other students, applied for the CVPA research grant to travel out of the country to Toronto to take Leventhal’s class. They were taught why the DFP classes are structured the way they are, discussed safety and had the opportunity to attend other classes.

Diverse students gather for classes, and community participants respond positively because of the deep, active dedication shown by its members, Trammell said.

“The most important thing it does for me is provide community,” Tramell said. “So, when class happens, there’s a group of people who understand and share some common experience, and everyone can be themselves. It’s very special.”

One symptom of Parkinson’s that’s often recognizable is a person’s difficulty expressing emotions. When someone participates in a DFP class, they can express themselves in another form when they’re struggling with their identity, Clevenger said. The organization hopes to embody the positive outcomes it has on its dancers.

“My favorite aspect is the opportunity to move to music,” Painter said. “It’s also an opportunity to meet other people who have PD and their family members. I have a ‘community’ with these people.”

Anyone can be involved in this program to assist people with Parkinson’s. It creates an optimistic and entertaining experience for all involved in a physically and emotionally well-rounded way. Dance for Parkinson’s in the JMU community deems itself as a door-opening, special and freeing occurrence.

Contact Claudia Vigue at viguecl@dukes.jmu.edu. For more on the culture, arts and lifestyle of the JMU and Harrisonburg communities, follow the culture desk on Twitter @Breeze_Culture.