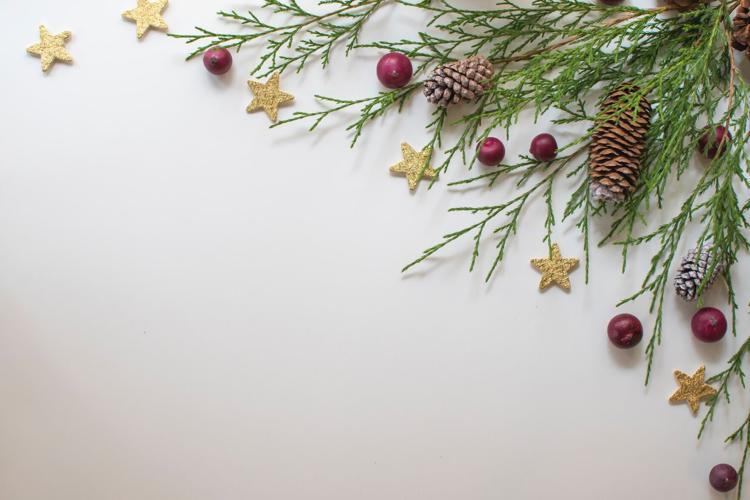 Although U.S. customers seem ready to return to stores, inflation and shortages may get in the way. 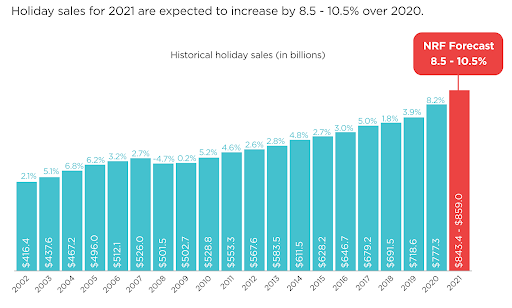 For some Christmas enthusiasts, Harrisonburg’s Snow and Ice might be the closest thing to a Winter Wonderland.

The shop, which opened at the tail-end of the Great Recession, followed Cline’s childhood fondness for Christmas decorating. Though it struggled to get its name out at first, the business now prospers from its well-established clientele base.

“So many of [the customers] we know by name,” Cline said. “They’re literally like family.”

Yet, while commemorating its 10th anniversary as a local favorite, Snow and Ice wasn't spared from weathering a pandemic-numbed economy.

Nationwide predictions from the National Retail Federation (NRF) estimated big things for the 2021 holiday season. As households see their income increase from recent years, holiday spending is approximated to be between $843 billion and $859 billion, almost a 10% growth from 2020.

Still, the increased spending doesn’t mean that all is merry. While Americans don’t seem discouraged from shopping, the current prices they face aren’t encouraging.

Bloomberg reports that lower-income families will face especially dampened spirits, with 11% of American families not planning to spend on the holidays, a historic low.

Inflation — which weakens the buying power of currency — is the reason behind the price hikes. According to a University of Michigan survey, this is paralleled by a 12.4% drop in consumer sentiment about the economy.

Shoppers aren’t the only ones with reason to complain. Cline, whose store works alongside more than 100 vendors, said he experienced a price increase, too. At first, it was “mostly from the ocean crate surcharges that were being passed through, more so than inflation,” he said, “but now, that’s coming into play.”

Apart from inflation, holiday prices also saw an uptick from lacking supplies. According to data cited by Forbes, "out-of-stock" messages grew grew by 325% from October 2019, before the pandemic.

This has meant an increase in customers shopping for the holidays early and turning to e-commerce this year, as detailed by Total Retail.

On the bright side, Snow and Ice managed to avoid the supply crunch — Cline credits the inventory he’s been building up over time.

Instead, the store faces a different shortage. Earlier in the pandemic, Snow and Ice’s biggest upset was a lack of customers.

Just to pay rent, “a large portion of our year round business … comes from tourists,” Cline said. But with resorts such as Massanutten shut down, “it was strained.”

One of the proposed ideas to manage the pandemic’s hardships was to establish an online store for Snow and Ice. However, without a staff to prep and deliver orders, the project has yet to come to full fruition.

“That has been very frustrating,” Cline said, “We desperately needed workers this year, and we were unable to get them.”

While Harrisonburg’s Valley Mall has been advertising that the “Santa Magic is back,” not every business entity has seen his return.  Mall santas, who benefit institutions financially, are experiencing heightened demand with not many people able to take on the role.

Mitch Allen, the founder of HireSanta, told Bloomberg that some 3000 positions are currently open across the country. But, with 300 St. Nicks having died from COVID-19 in the pandemic — and with wages growing more inadequate — many malls may not be offering a visit from the North Pole.

Contact Filip at demottfs@dukes.jmu.edu. Filip is a School of Media Arts and Design and international affairs major.