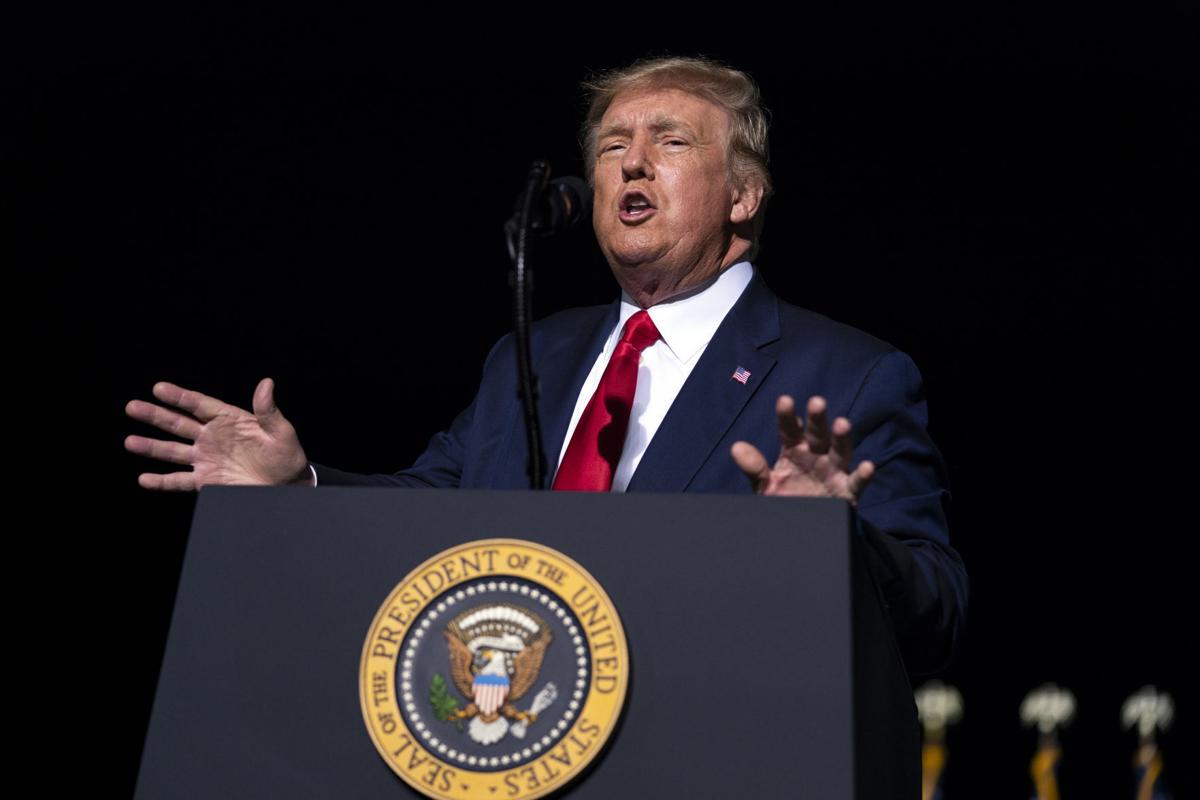 President Donald Trump squared off in an ugly debate against Democratic challenger Joe Biden on Sept. 29. Markets are turbulent heading toward November's election.

Uncertainty abounds heading into the fourth quarter of 2020. The presidential election looks to be a toss-up with weeks to go, and there's no precise timeline on a safe vaccine release or an economic recovery.

The weakness came after stocks were red-hot this summer. Weeks melted into months where equities climbed higher, shrugging off every concern in sight.

A possible second wave of COVID-19, no follow-up stimulus package, slowing progress on the jobless claims front, increased tension with China and political tensions did nothing to stop or slow the market’s rebound until September.

The CBOE Volatility Index (VIX), which measures investors’ fear, is a useful indicator that generally moves inversely to market indices, so an increase in the VIX is correlated with drops in stocks. It steadily fell from an otherworldly peak of 82.7 in mid-March, when investors were terrified, to a relatively calm 24.5 in early June.

After spiking to 40.8 on June 11, the VIX then slipped back to the low 20s in late August as investors got complacent. The S&P 500 would set an all-time high of 3,580.8 on Sept. 2 before the September slide began. Now, the VIX is at 26.37, which is virtually where it was when it closed August at 26.41, though the volatility index lived up to its name in September through wild market swings.

All 11 S&P 500 sectors showed weakness in September, especially the hard-hit energy sector, which surrendered 14.6% in the month and 50.2% in 2020. The information technology sector was the second-worst sector in September, though it’s still up 27.5% in 2020, while only the utilities and industrials eked out gains for the month.

To be sure, the losses could keep coming. Investing in stocks carries risk and isn’t for the faint of heart, as trying to buy this pullback could be like trying to catch a falling knife.

“When I look at the markets today and what the catalysts are over the relatively short term, to me, I think — once you get a little bit of dollar weakness — that could set up some bottoming in the S&P 500 as we go into the election,” trader Brian Kelly said on CNBC’s Fast Money on Sept. 26. “... After that, it’s all holds barred. For me, I do think we are due for a long-term bear market. The timing on it is anybody’s guess.”

Steve Grasso, executive floor official on the New York Stock Exchange and market analyst for CNBC, sees a near-term price target of 2,850 on the S&P 500. That would signal a 20.5% drop from the all-time high of 3,588.11 set intraday on Sept. 2.

“I think you could start to nibble once we break 3,000 in the S&P,” Grasso said. “To do it now, you’re setting yourself up for failure.”

Carter Worth, chief market technician at Cornerstone Macro, joined the show and pointed out that 10% stock market corrections historically trigger a mean decline of 27% and a median decline of 21%. After rebounding 65% from the March lows, Worth doubts a 10% decline is all the market will see.

If Kelly, Grasso and Worth are correct, traders who buy this dip may get stung in the short term. But that’s far from a guarantee, and sitting on one’s hands waiting for a perfect entry point may lead to missing the recovery altogether. Plus, some think the market may be about to rocket forward.

August market recap: Don’t just do something, stand there

In a whirlwind of information and an avalanche of opinions, it can be exhausting to figure out how to handle your money. Here's Madison Business Review editor James Faris' take on what to do as the markets march higher.

Investing is about the long game, and it matters far more where the markets are in years than in weeks or months. Besides, skeptical stock market bears have been burned in recent years, and these concerns may all be overblown, given that a vaccine is getting closer to ready by the day.

The pain could continue, but years down the road — if not far sooner — investors’ patience will likely be rewarded.

Those with a high-risk tolerance and some discretionary money to put to work should check the Madison Business Review on Friday morning for the monthly stock picks column.

It may be time to take a chance on some winning companies that were hard hit in September.

Disclaimer: Investors are always reminded that before making any investment, they should do their own research on any name directly or indirectly mentioned in this article. Investors should also consider seeking advice from a broker or financial adviser before making any investment decisions. Any material in this article should be considered general information and shouldn’t be relied on as a formal investment recommendation.

There is a ton of unknown ahead, including the outcome of the U.S. presidential election, but there may still be upside for stocks. Here's what moved the market in October.