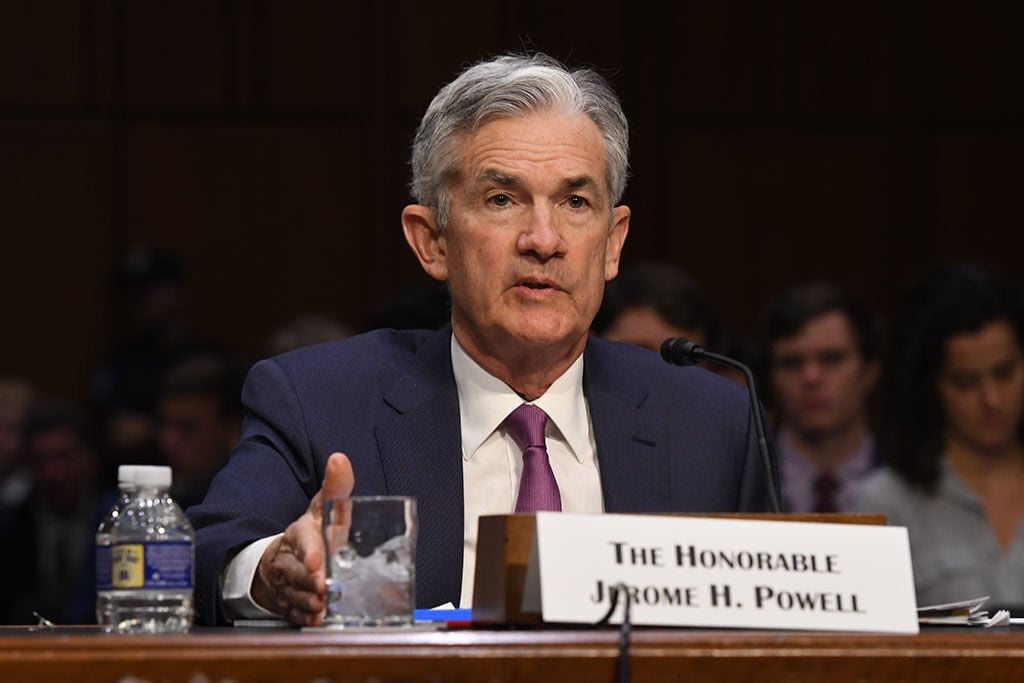 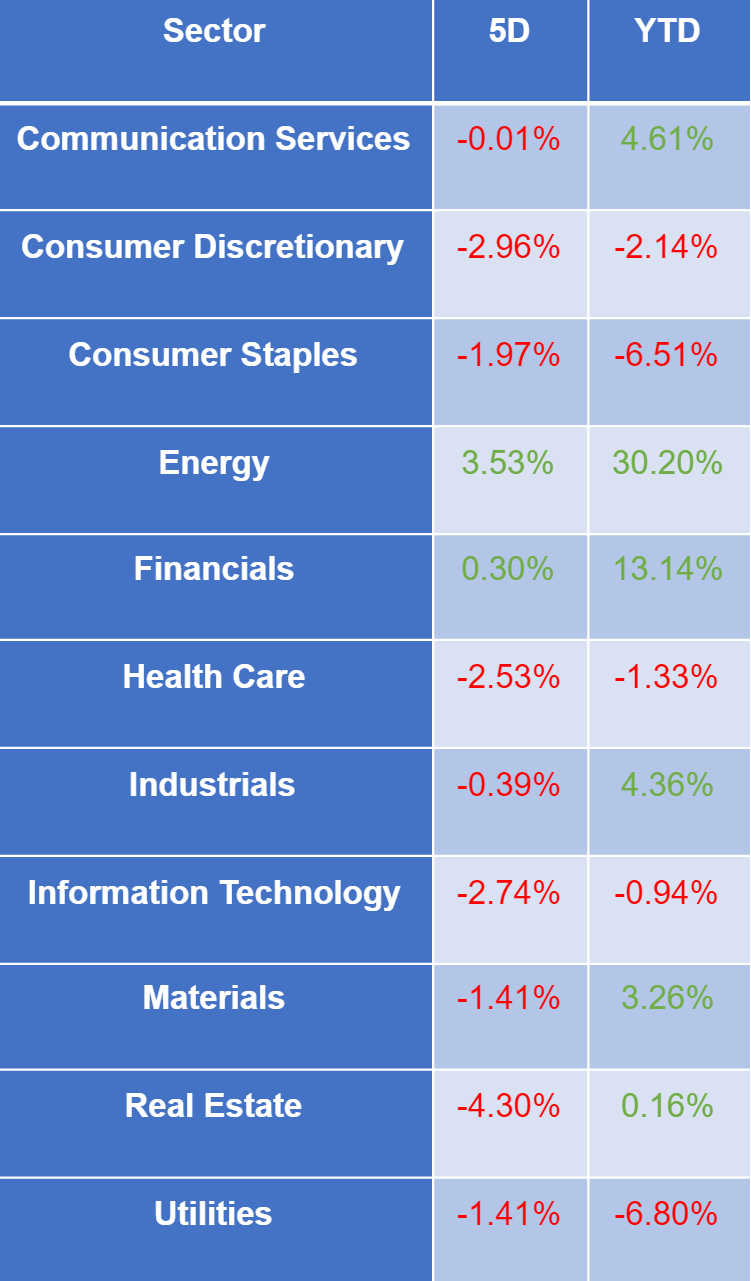 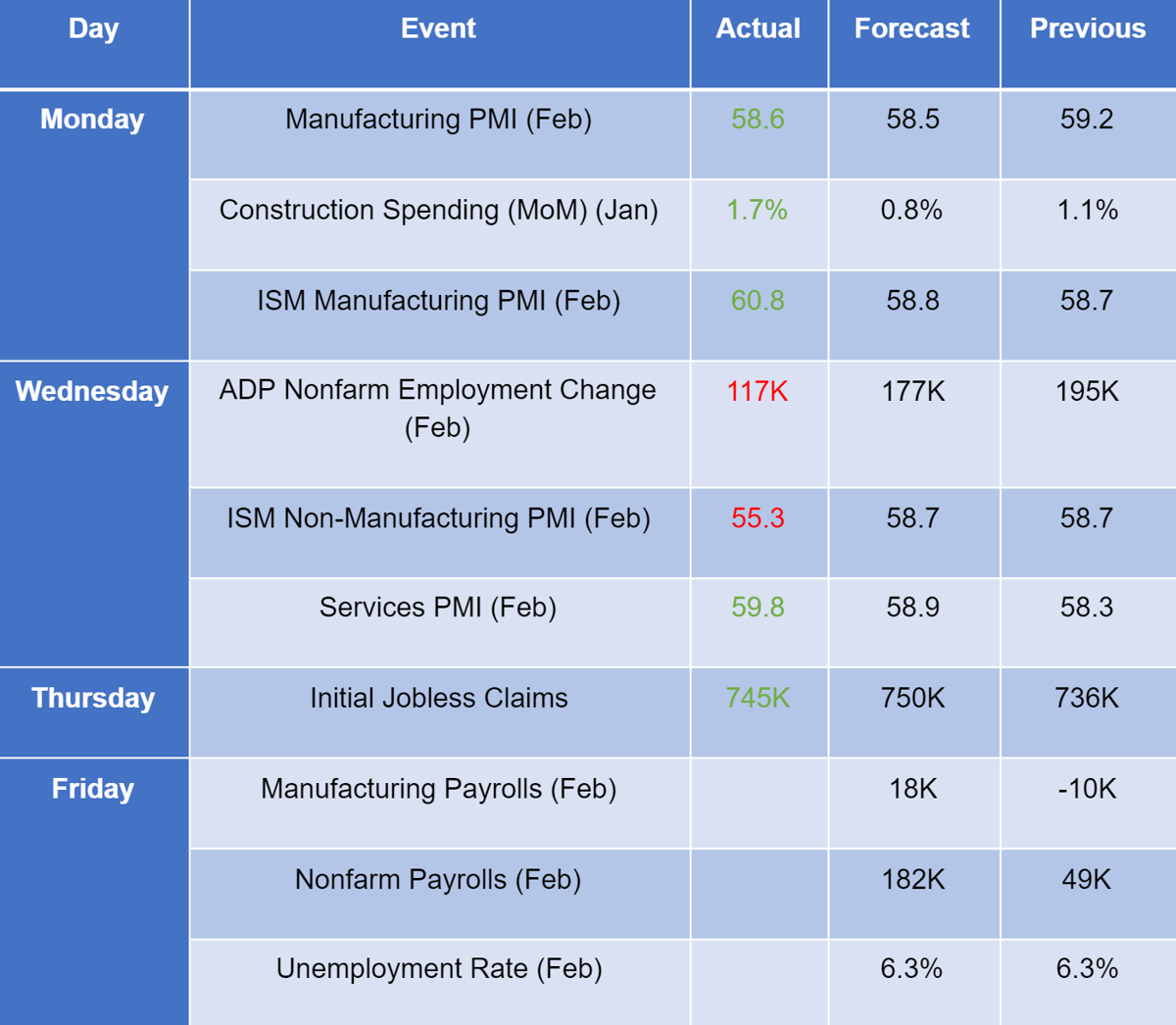 Concern about markets being in a bubble has been around for some time now, with stock markets hitting all-time highs and the actual economy not in as good of a state. CNN Business author Matt Egan wrote the following as GameStop surged in late January: “None of this is normal. Rock-bottom interest rates are forcing investors to take extraordinary risks — and for some, this will end badly.”

The evidence for this conclusion is backed up by all-time highs in markets, unprofitable start-ups steadily increasing, special purpose acquisition companies soaring and even Tesla being more valuable than any other auto manufacturer despite nowhere near the sales of competitors like Ford, General Motors or Toyota.

With markets recently taking a fall, maybe the so-called “bubble” has burst, and investors will now be more cautious with investments.

Just like last week, Treasury yields and inflation have been a major concern of investors, and Federal Reserve Chairman Jerome Powell’s statements today haven’t made anything better. Markets had already been acting erratically in the past few weeks, and this news worsened the effects.

“We expect that as the economy reopens and hopefully picks up, we will see inflation move up through base effects … that could create some upward pressure on prices,” Powell said during a Wall Street Journal conference.

February saw choppy market moves despite plenty of reasons for optimism, including vaccine rollouts underway, fiscal stimulus on the horizon and pent-up consumer demand pending. Are inflation fears enough to deflate what bears have called a stock market bubble?

“This was a minor negative, as he failed to provide the type of reassuring comments investors were hoping for,” Crisafulli said. “He was vague about what actions specifically would be taken if the Fed felt yields were rising to excessive levels — he was given a few opportunities to endorse a change in QE [quantitative easing] duration but never did.”

The Fed has done well in the past year in countering the economic impact of COVID-19, so its current decision-making and Powell’s word choice may still be what’s best for markets at this moment.

As noted before, markets aren’t in the best shape, and neither is the economy. TrueCar, an automotive pricing and information website for new and used car buyers, forecasts total new vehicle sales will fall 7.6%.

“New vehicle retail sales are expected to be flat for February, which is a good result given the expansive and prolonged nature of the winter storms throughout many parts of the country, including southern states, which do not typically experience snow storms of this caliber,” Nick Woolard, lead industry analyst at TrueCar, said.

This can be attributed to lower overall demand and the shortage of semiconductor chips in the market. This is currently a major issue in the automotive industry, and updates regarding this situation will be noted in future articles.

Slowdowns in global trade and business investment crippled chipmakers in 2020 as the pandemic spread, but the industry has proved resilient. This comprehensive research report introduces the semiconductor industry and breaks down its structure, firm conduct, performance and trends to watch going forward.

Now, onto the good news. With Johnson & Johnson’s vaccine being approved by the Food and Drug Administration, the outlook for the manufacturing industry is positive.

U.S. manufacturing activity increased to a three-year high in February amid a massive influx in new orders. Thanks to nearly $1 trillion in additional aid from the government, strong demand for electronics and furniture and a drop in new COVID-19 infections leading to more workers being available, the beaten down manufacturing industry seems to be on the rise.

For those who haven’t noticed yet, oil and gas prices have drastically increased since the deep freeze that occurred in Texas.

Oil prices tanked in 2020 but have rallied more than 25% in 2021 alone. Lingering effects from the deep freeze will most likely impact commodity markets in the coming weeks and months.

Analysis: The oil market collapse and what's next for energy

The global COVID-19 outbreak disrupted crude oil demand, storage and production as oil futures contracts fell below zero in an unprecedented move. Here's clear, straightforward analysis of what happened and what's next.

“Elevated price levels will incentivize the cartel to taper their output cuts, but given the uncertainty, the market is likely to be on edge heading into tomorrow’s meeting,” Bart Melek, TD Securities commodity strategist, said.

With oil in a rough situation, clean energy is taking a win with Petaluma, California, after the city council unanimously voted to become the first city in the U.S. to ban both the construction of new gas stations as well as the addition of more gas pumps to existing stations.

Petaluma only has 61,000 residents and 16 gas stations; however, a trend in this direction is very interesting to see. If more cities in California put these rules into place and an infrastructure package focusing on clean energy comes from the government, then clean energy stocks will do very well.

In this week's mergers and acquisitions news, shareholders of Acacia Communications, a communication equipment manufacturer for cloud infrastructure operators, voted on the buyout by networking hardware giant Cisco on March 1.

Cisco’s long-awaited acquisition of Acacia is official now that a majority of Acacia’s stockholders voted “yes” for the transaction. This acquisition helps with Cisco's Internet for the Future strategy, which consists of one simple operating system, reduced cost, and capability for high-speed networks.

As for the initial public offering market, Oscar Health, a technology-driven health insurance company founded in 2012, went public after pricing its shares at $39 per share for a $9.5 billion valuation, though the stock has since dropped to around $32 for a decrease of roughly 17%.

The company is said by TechCrunch to have succeeded on two fronts: valuation and fundraising. The valuation aspect comes from the drastic increase from its previously estimated $3 billion private valuation. As for the funding, Oscar Health has raised more than initially expected which paints a bright picture for the company.

An economic rebound is under way as vaccines roll out, which should lead to higher inflation sooner than expected. The Federal Reserve is insisting that monetary policy change is far off, but stocks still sold off. Madison Business Review contributor Bryce Roth breaks down what moved markets.