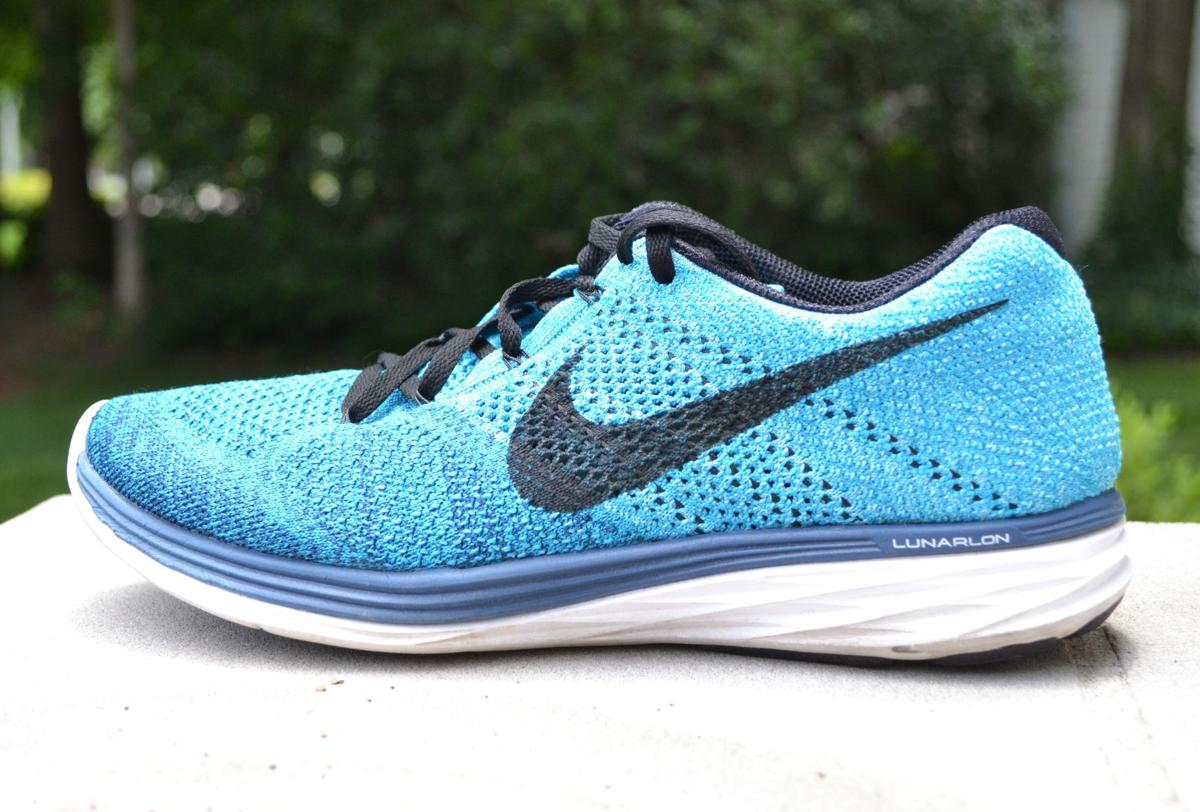 Nike's footwear segment makes up close to two-thirds of its revenue, and it's shifted to direct selling to retain more profits with higher margins.

Nike's stock price is right near its 50- and 200-day moving averages. If the stock shows more weakness, a bearish "death cross" could form as the 50-day drops below the 200-day. An RSI reading of 44 indicates the stock is neither overbought nor oversold.

Nike translates to “victory” in Greek, but can it help investors win and grow their money?

To find out, here’s an in-depth overview of Nike’s business, strategy, financials, history and recent performance. Read and decide whether it makes sense for investors seeking to build a growth-focused portfolio.

First, Nike designs, manufactures and sells footwear, apparel, equipment, accessories and services. It’s the world’s largest supplier of athletic shoes and apparel. The Beaverton, Oregon-based company is a major manufacturer of sports equipment, and it partners with major sports leagues, professional athletes, universities and retailers around the globe. It also owns and operates subsidiary brands like Jordan Brand, Converse and Hurley. Nike competes with Adidas, Under Armour and, increasingly, athleisure companies like Lululemon.

Nike’s strengths include a strong and recognizable worldwide brand, unmatched marketing strength among peers, a robust brand portfolio, cost-effective manufacturing and a growing direct-to-consumer online business. Its largest geographic region is North America, which made up 37.8% of the company’s revenue in fiscal year 2020. Nike’s largest operating segment is footwear at 65.5% of total revenue, followed by apparel (30.8%) and equipment (3.6%).

The company will continue to focus on e-commerce under CEO John Donahoe, who took the helm in January after leading ServiceNow and eBay. Nike’s direct business, including its website, generated 34.8% of its annual revenue. By cutting out middlemen like Foot Locker and Amazon, which it did in November 2019, the company can increase profitability while boosting brand loyalty. In fact, Nike members spend three times more on Nike’s website than guests do, according to Bloomberg. This shift to vertical integration allows for a more efficient shopping process for customers, while Nike gets more comfortable margins and happy, loyal customers.

Nike is also strengthening its digital presence by acquiring predictive analytics startups, like Celect, to better learn what customers want and how to deliver it. Information is power, and dissecting data on what’s selling and what’s not optimizes shelf space in stores and distribution centers while providing a personalized experience for buyers, likely at the expense of their data.

Nike’s topped Wall Street’s earnings expectations 29 of the past 32 quarters, though its three misses have come in the last five periods due in part to COVID-19. The company grew earnings rapidly from 2010-17, but a trade conflict between the U.S. and China weighed heavily on its earnings in 2018, which declined 53% year-over-year. However, earnings per share rapidly rebounded by 112.8% in 2019 in a return to previous levels. Nike’s future expected earnings and revenue growth rates are 17.1% and 8.2%, which is slower than what Simply Wall St. expects the U.S. market’s respective marks of 22.6% and 9.2% to be.

Nike is financially healthy with an acceptable debt-to-equity ratio and debt covered by its operating cash flow. Nike uses some of its free cash flow to pay investors a quarterly dividend of around 1.1%, which is a below-average yield. A look at its balance sheet shows that short-term assets are enough to cover both short- and long-term liabilities.

However, Nike faces stiff competition and headwinds from outside factors like the pandemic and trade tension between the U.S. and China. The company’s customer base and supply chain have heavy exposure to China, which has been a strength in recent years. However, that hasn't been the case in 2020, as the pandemic harmed Nike far more than most companies.

The world’s most prominent athletics company is still heavily dependent on the U.S. market, where it pulls a majority of its revenue. It’s no guarantee that the American economy will quickly rebound from recession, and as a discretionary goods company, consumers are much more likely to cut spending on sneakers than groceries.

Nike’s steadily declining equipment revenue in the U.S. since 2014 is also worth watching, and if organized sports can’t function normally until next summer, that segment could crater. It was down 14% year-over-year from 2019, largely in part to a 60% drop in Q4 amid the pandemic.

While Nike is as strong a bet as any company to be around in 50 years, there’s no guarantee it will still hold such a dominant lead over its competitors, and it’s far from certain that it will outperform the stock market in that timeframe. That means, like any stock, it should be scrutinized to see if it’s fairly valued by the market and if it’s bound to outperform or disappoint.

In the past five years, Nike has easily outperformed the broader market, as measured by the S&P 500, an index composed of 500 large-cap American companies. Nike’s shareholders saw share price growth of 70.8% in the past five years compared to a 46.7% return for the S&P 500. That spread is even more drastic since 2010, as Nike soared out of the Financial Crisis with a 480% return, while the broader market gained 170%.

However, it’s critical to remember that past performance doesn’t guarantee future returns.

"We see Nike as favorably positioned for both secular fitness/casualization trends and industry structural changes that benefit those with strong direct engagement with consumers," Wells Fargo said ahead of Nike’s Q4 earnings. Fittingly, the bank has a bullish “overweight” rating on Nike, meaning it recommends investors keep the athletics company as a larger-than-average position in their portfolios.

But Nike underwhelmed investors when it reported Q4 earnings on June 25 after the pandemic forced 90% of its stores to close for around eight weeks.

The company’s earnings declined 182.3% from 2019 while revenue dropped 38% and product shipments to retailers like Dick’s Sporting Goods fell nearly 50%. Gross margin, which is the company’s retained revenue minus direct costs of products it sells, fell 8.2% to 37.3% because of higher product costs and factory cancellation charges caused by the pandemic.

However, Nike saw signs of recovery in China, as nearly all Nike stores in the country have reopened. For the 2020 fiscal year, revenue in China grew 8%, which marked the sixth-straight year of double-digit growth.

The quarter’s bright spot was Nike’s 75% digital sales growth, which accounted for around 30% of revenue.

Furthermore, management hasn’t issued guidance — a company’s forward-looking expectations — which adds to uncertainty, though declining to speculate on what’s next became commonplace for companies once the pandemic spread to the U.S.

What Donahoe’s forecasting instead: Layoffs, according to CNBC, which cited an email sent to employees the day Nike announced earnings. That’s no surprise, given the hardships the business faced in Q4 and the struggles ahead.

Nike faces serious challenges between the pandemic and trade tensions, though none pose a threat to the company’s future. However, Nike’s stock price is certainly vulnerable in the near-term — shares tumbled 7.6% after the company reported earnings.

Check the charts: Is the recent pullback a buying opportunity?

Long-term investors shouldn’t sweat too much about nailing a perfect entry point, as the difference between initiating a position in Nike at $80 or $100 won’t matter much in five, 10 or 20 years, so long as the athletics company matches or outperforms the market in that stretch.

However, it never hurts to look at technical analysis — or patterns in stock charts — before initiating, adding to, trimming or closing out a position. Though there’s a slight learning curve, there are several useful technical indicators that aren’t hard to understand.

For example, moving averages are simply the average of a stock’s price in a certain span — 50- and 200-day periods are most common. Another tool is relative strength index (RSI), which measures whether a stock is overbought, or overvalued after too much recent buying, or oversold, which is the opposite. The RSI is easy to understand because it’s measured on a 0-100 scale, with 30 meaning oversold, 50 marking neutral and 70 indicating overbought.

Like much of the market, Nike’s stock was oversold in mid-March and overbought in early June, according to data from StockTA.com. Now, its RSI over 14 days is around 44, which indicates the stock is neither overbought nor oversold, so other measures may give a better look into where Nike’s headed in the near-term.

Nike’s 50-day moving average is hovering just above its 200-day average, which is noteworthy from a technical standpoint. In time, this will lead to one of two patterns: a golden cross or a death cross. The former marks when the short-term indicator — the 50-day, in this case — rises above the longer-term 200-day moving average. The latter is the opposite, which signals the stock is likely headed for a near-term nosedive. Whichever way the 50-day moves will likely signal where Nike’s stock price is headed in the next few weeks.

Of course, all investors should do their own research on companies before putting their money to work, but those with a long time horizon and moderate risk tolerance should eye Nike.

Disclaimer: I/we have no positions in any stocks mentioned and no plans to initiate any positions within the next 72 hours. I wrote this article myself with original research, and it expresses my own opinions. I’m not receiving compensation for it, and I have no business relationship with any company whose stock is mentioned in this article. Additionally, I’m an analyst in the Madison Investment Fund’s Consumer Discretionary sector, which has a long position in Nike. All information is current as of June 28, 2020.