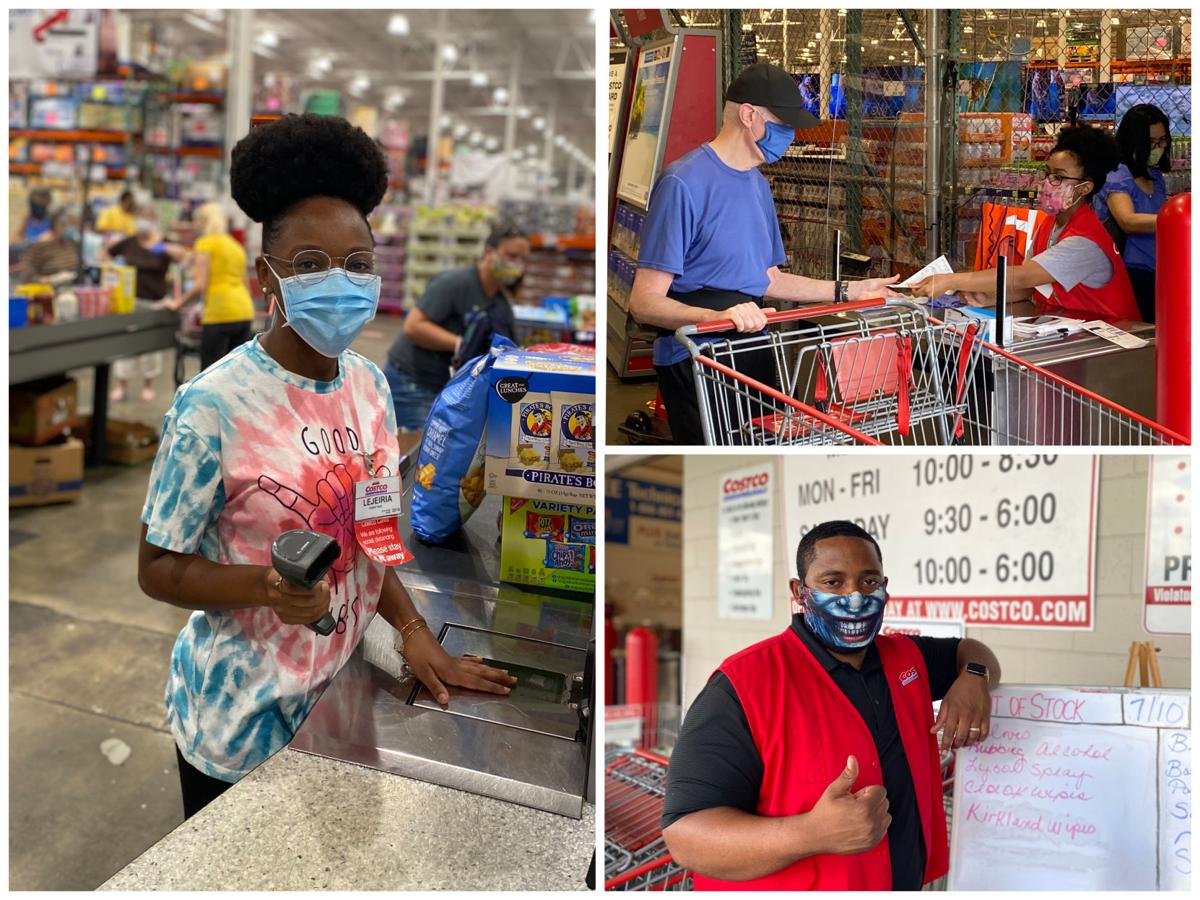 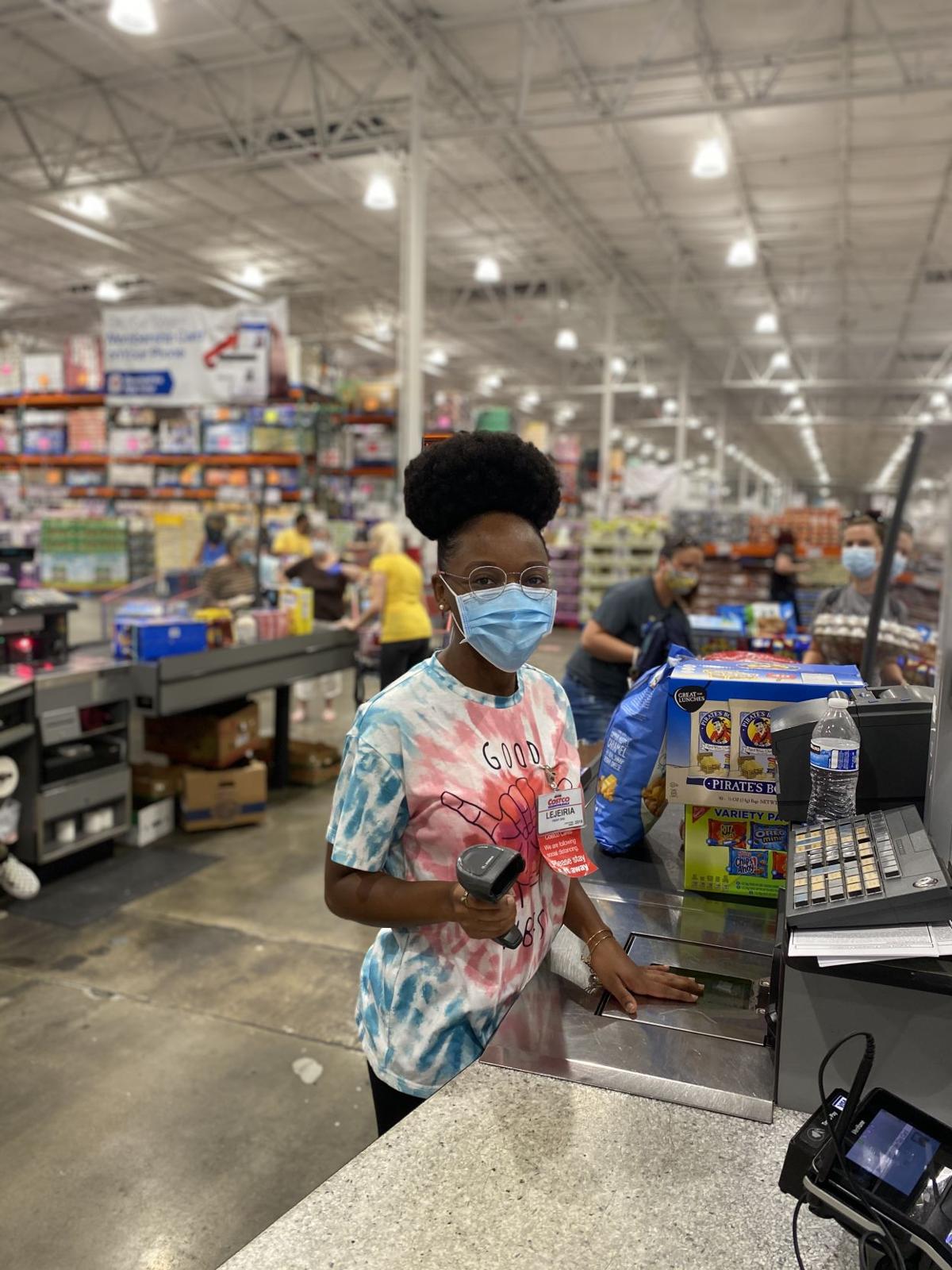 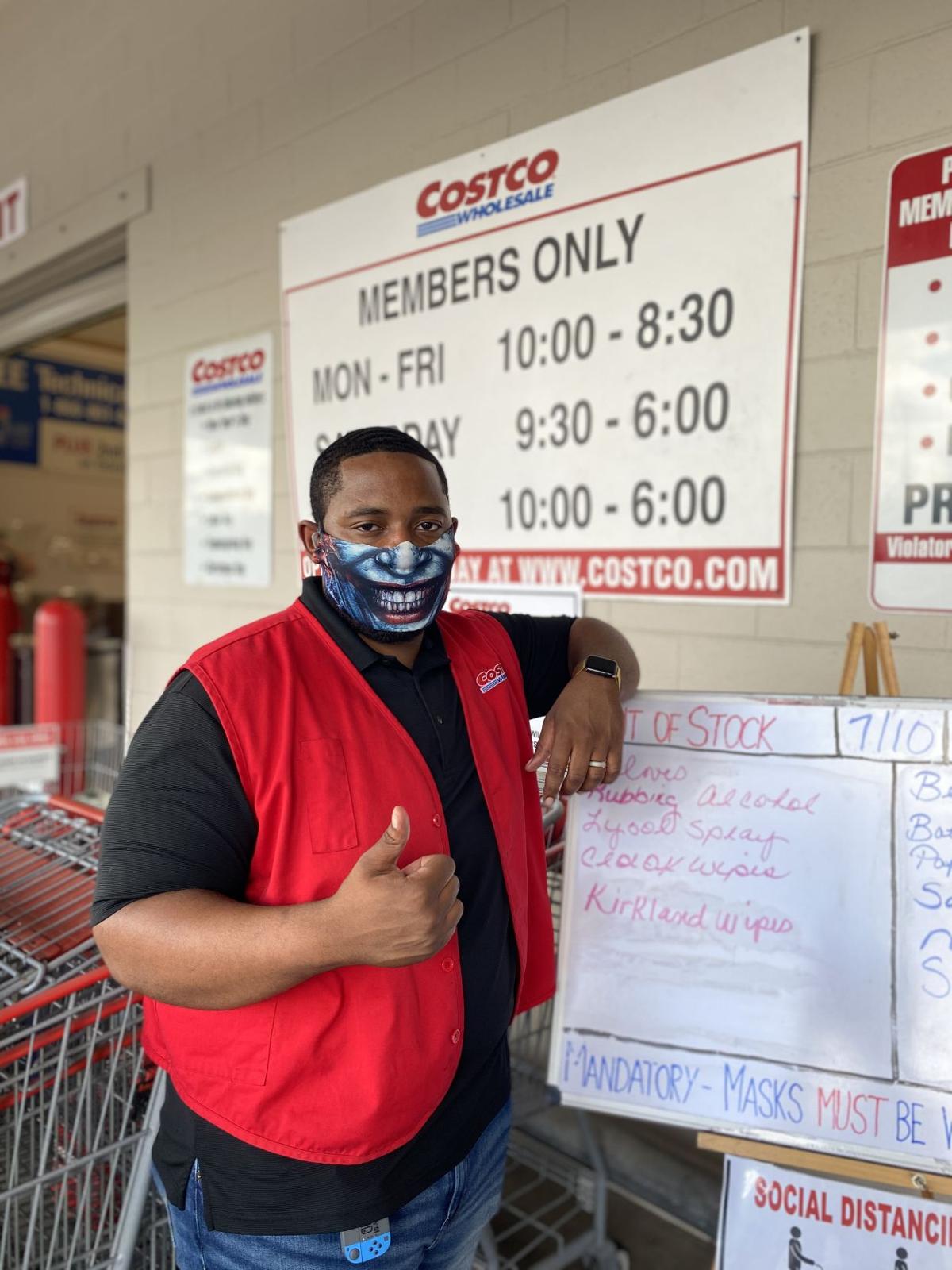 Jamal Phillips-McGill, 28, looks for culture and security at work. 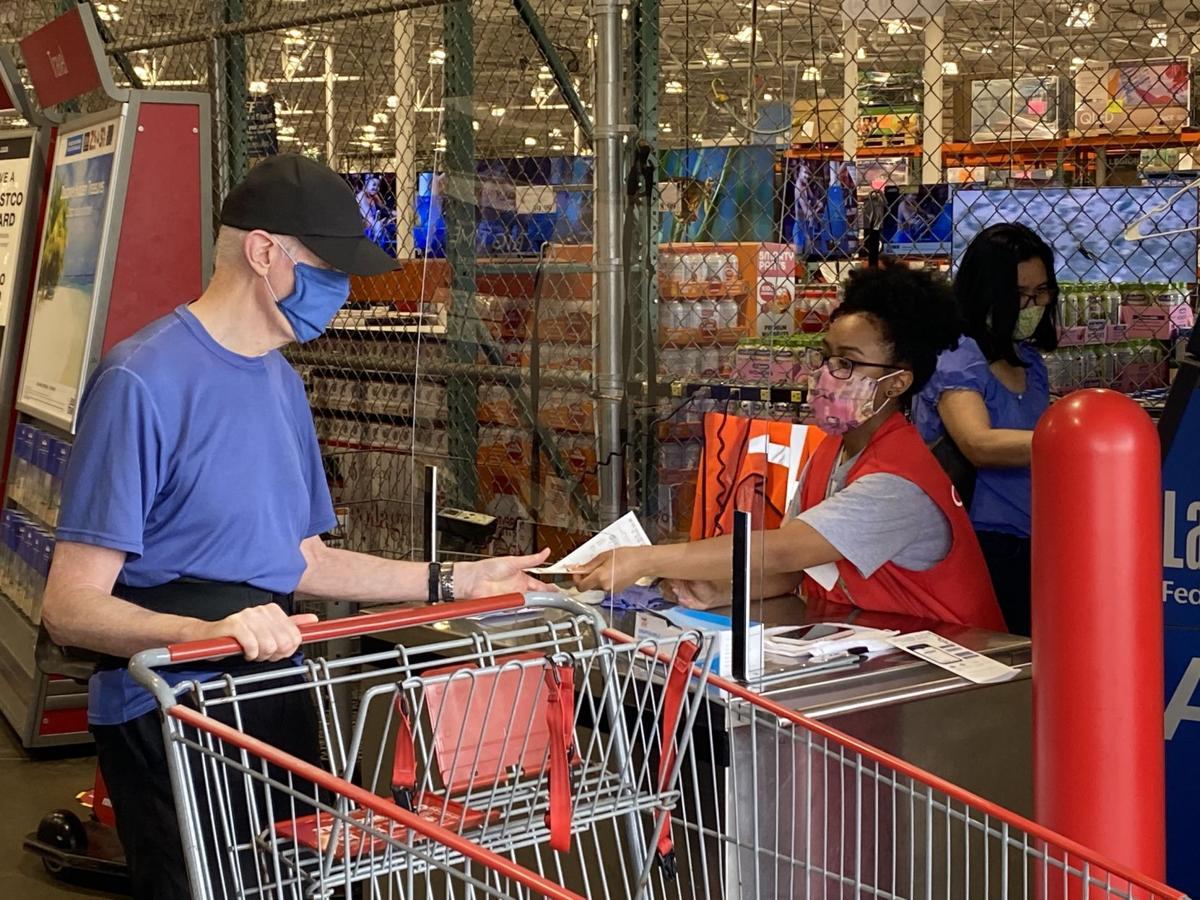 Lauren Winn, 20, wants to be respected and valued by employers.

Few experiences are more frustrating than miscommunications, especially at work.

Each generation has different desires and approaches toward entering the workforce. Baby Boomers (1945-1964) are generally motivated by position, perks, benefits and prestige accredited to them in the workplace. Generation X workers (1965-1980) are motivated by the balance of their work and personal life. Many are motivated by work freedom and personal responsibility, according to The Balance.

It’s logical that generation gaps create misunderstandings between employers and employees. As millennials entered the workforce over the past decade, their ideologies and motivations clashed with those of baby boomers and Gen X workers.

Millennials (1981-1996) have been slapped with the presumption that they’re defiant, informal and unwilling to pay their dues for higher positions. For years, millennials were written off as the weakest generation in the workforce, but today many see them in a different light: as complex and more valuable than what many give them credit for. Millennials don’t want to see bigger paychecks — they want to see the bigger picture.

To better understand how different generations view work, the Madison Business Review spoke with employees of different ages and backgrounds at Costco Wholesale in Norfolk, Virginia.

Le Jieria James, a 23-year-old cashier at Costco, said she values a steady income and job security, especially during the pandemic that put millions out of work. She graduated with a degree in psychology from Old Dominion University and “works to live,” not vice versa.

The key aspect millennials look for in job fields is a purposeful mission, rather than just driving home profit. Millennials aren’t completely against the idea of generating profit for businesses — they just believe that businesses should have a double bottom line of maximizing profit and improving society. Three-quarters of millennials surveyed by American Express in 2017 said they wanted to work for companies that match their values, according to Forbes.

Jamal Phillips-McGill, a 28-year-old member service worker at Costco, said he expects a strong culture, work-life balance and security from his employer.

“I want the employees to be treated as if they mean something to the business, because I believe that if you treat your employees better, they’ll treat your business good,” Phillips-McGill said. “If they’re paid good, they’ll work good. If they have insurance, it makes them feel at peace.”

Generation Z (1997-present) grew up in a time of sharing and connecting everything, including TikTok dances, Twitter challenges and Instagram posts with hashtags. These workers live in an age where they can reach millions of audience members from their bedroom. This generation grew up listening to podcasts, watching YouTube videos and streaming music from their devices, and most have little to no memory of a world without the internet.

Gen Z has opened up about their personal aspirations and career goals that are far from “traditional.” Many in this generation were shaped by the internet to be proud of their interests and to pursue nontraditional goals. This generation is generally tolerant and accepting of others’ views but won’t put up with nonsense. It’s easy for older generations to scoff at young adults’ new career paths and hobbies, but that can be taken as disrespect by younger employees.

Lauren Winn, a 20-year-old cashier at Costco, said she wants to be respected at work, especially as a minority woman, and “seen more than just a kid.”

“If I’m not treated good, I’m not going to give you a good product,” Winn said. “But if you treat me fairly, I’ll give you more than what you want.”

What sets members of Gen Z apart from their elders is how much they demand inclusion for people of all nationalities and sexualities. They’re the most diverse generation in the workforce to this date, as almost half are a race other than non-Hispanic white, according to The Wall Street Journal.

Gen Z largely doesn't take anything at face value and demands companies be transparent with their employees and the public, Karen McCullough noted in CU Insight. This outlook may come after many young workers witnessed their parents struggle during the 2008 recession.

Unlike the baby boomers, Gen Z would rather find a decent paying job that has security than take a risk by being an entrepreneur. The recession has motivated these young workers to seek security rather than a grand fortune.

Lisa Robinson, a front-end manager at Costco who oversees James, Phillips-McGill and Winn, said she’s noticed younger generations are more focused on the future but generally had less responsibility with chores around the house growing up than Gen X.

“[Gen X] came more prepared to work, in a labor-sense, because they already knew how to multitask, and they knew how to start a job; they could see it from the beginning to the end,” Robinson said. “Kids that are coming in today come from a different perspective.”

Younger millennials and Gen Z largely don’t think and operate like their elders; instead, they’re creative and smart in their own right. Many are less motivated by the title of a position than by what the position entails. Giving these young workers responsibility that’s helpful, not demeaning, and ownership of a project they can start and finish is a smart move.

Younger workers are filled with untapped potential, and what many need is someone to be a guide for them and to bring out their strengths. Don’t look at them as stereotypes of their generation but as individuals who bring certain strengths to the table.

There will be times when young employees will need to provide their labor for the benefit of the company, and employers often reward them with either payments or promotions. This mindset, known as the transactional leadership model, is effective for many young workers, but not all.

Employers should consider alternatives to the transactional model in their working relationships with younger employees. Investing time in these younger workers and getting to know them personally by asking them questions about their hobbies and interests can mold them to enjoy where they work. In turn, this transformational leadership style often encourages them to put forth more ideas and effort towards projects or assignments.

Gen Z and younger millennials are ambitious in a cautious way and want their careers to move forward with the most security possible. A strategy that managers could use is, instead of imposing as a “boss” toward your younger workers, be their “teacher.”

Millennials are the best-educated generation, as 39% of adults ages 25-37 in 2019 had a bachelor's degree compared to Boomers and Gen X, who were respectively at 25% and 29% at the same ages, according to Pew Research Center. This huge difference in education doesn’t mean that one generation is superior to the other, but instead, it may support that they have different approaches to their career fields.

Millennials and Gen Z have lived and breathed school for most of their lives, so employers should cater to what young people know best: being taught by a teacher or professor.

Landon Birsch is a senior communication studies major. Contact Landon at birsch@dukes.jmu.edu. He is an employee at Costco and works with the people interviewed for this story.