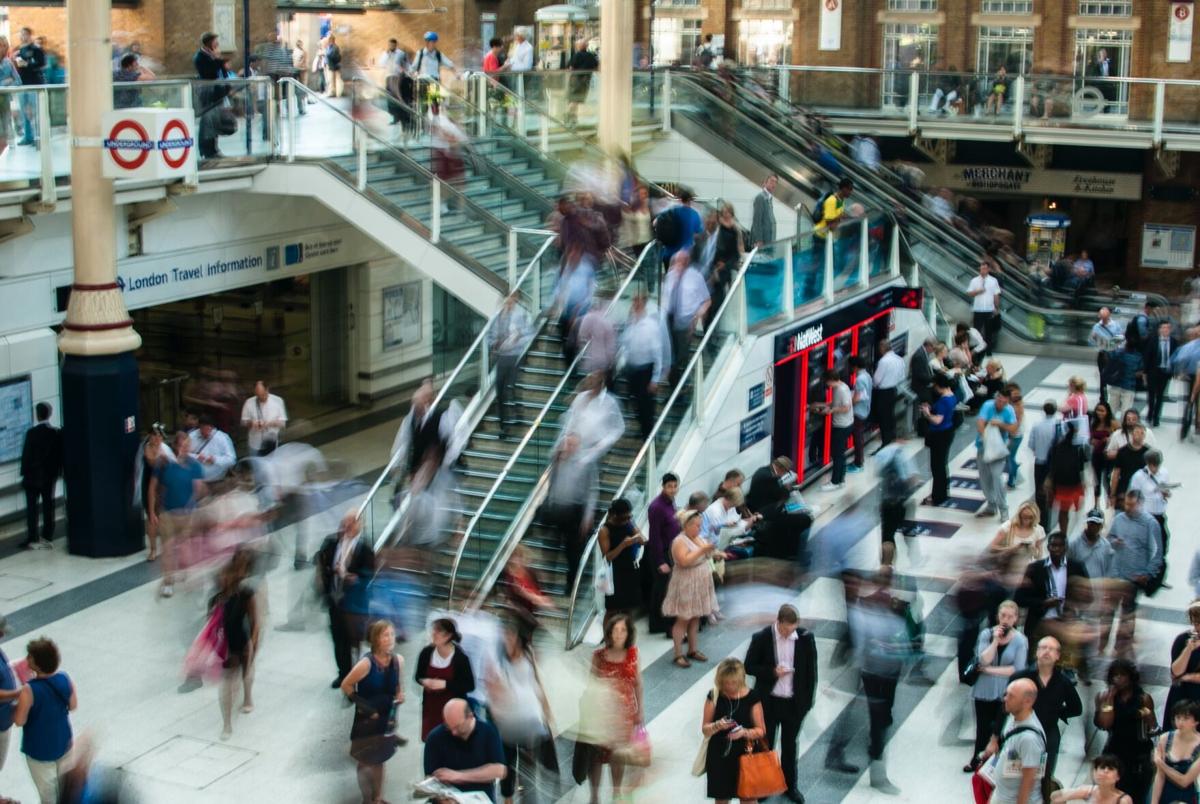 Stimulus checks hit bank accounts this week after the passage of the $1.9 trillion American Rescue Plan Act, which is expected to spark shopping and lead to higher inflation sooner. 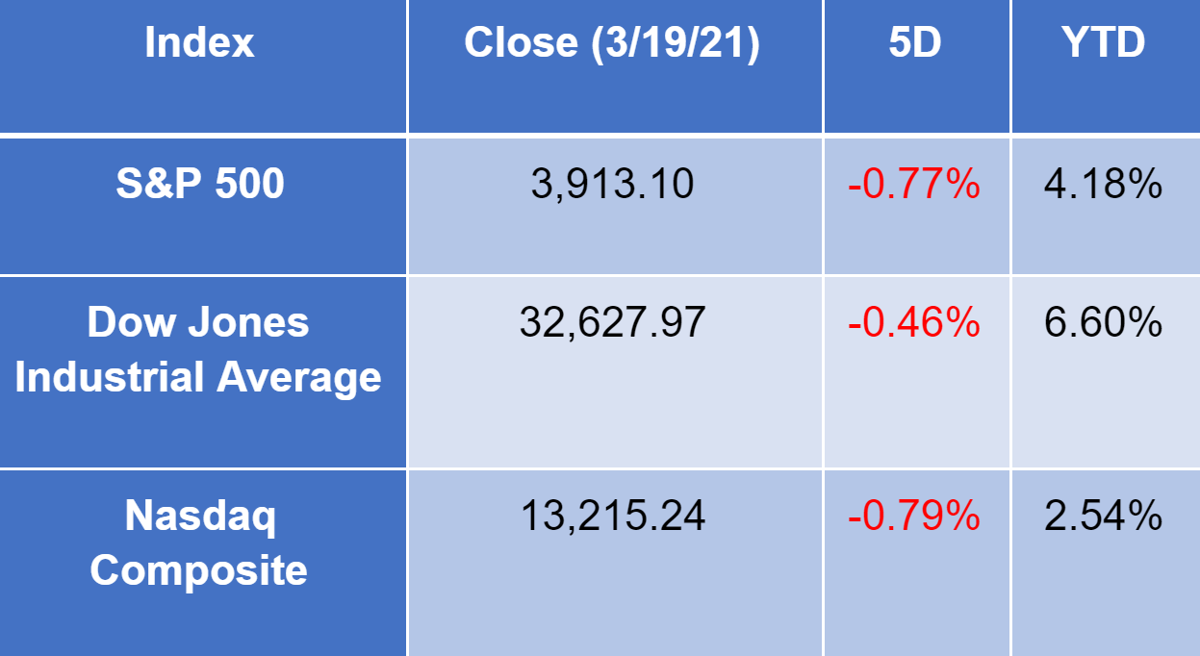 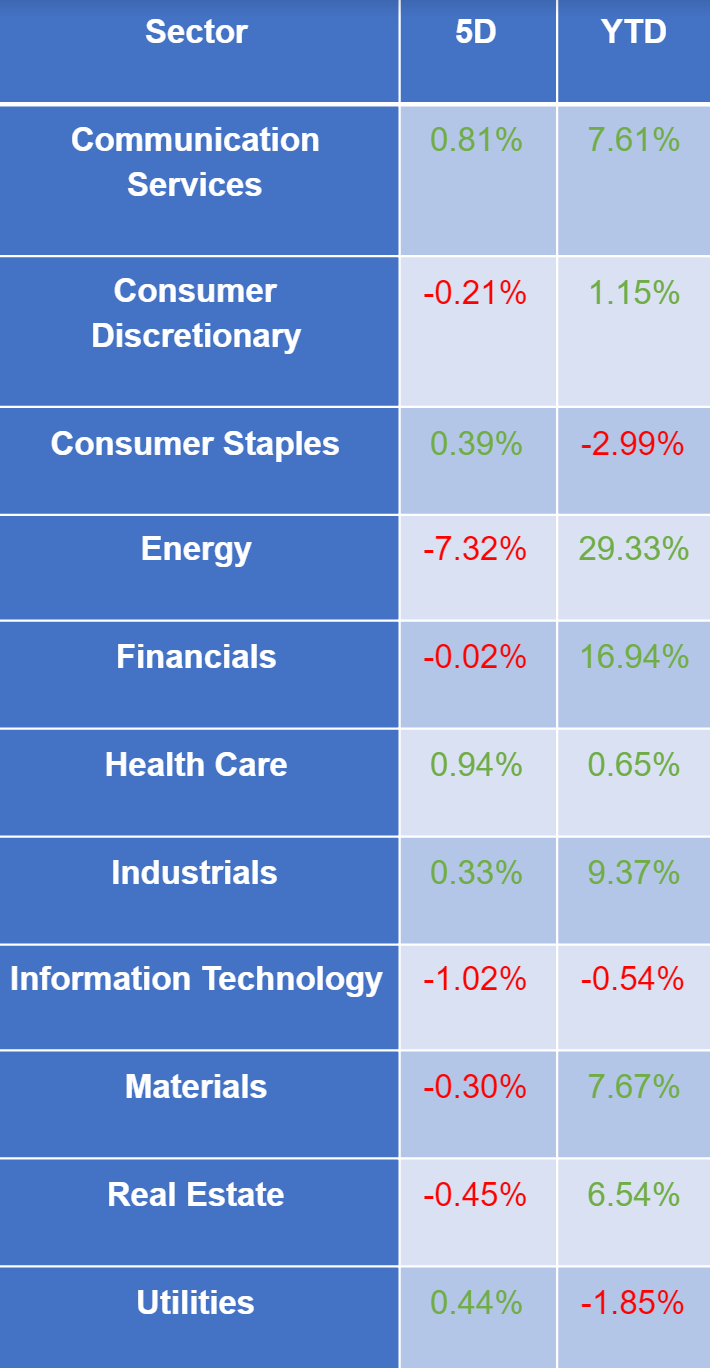 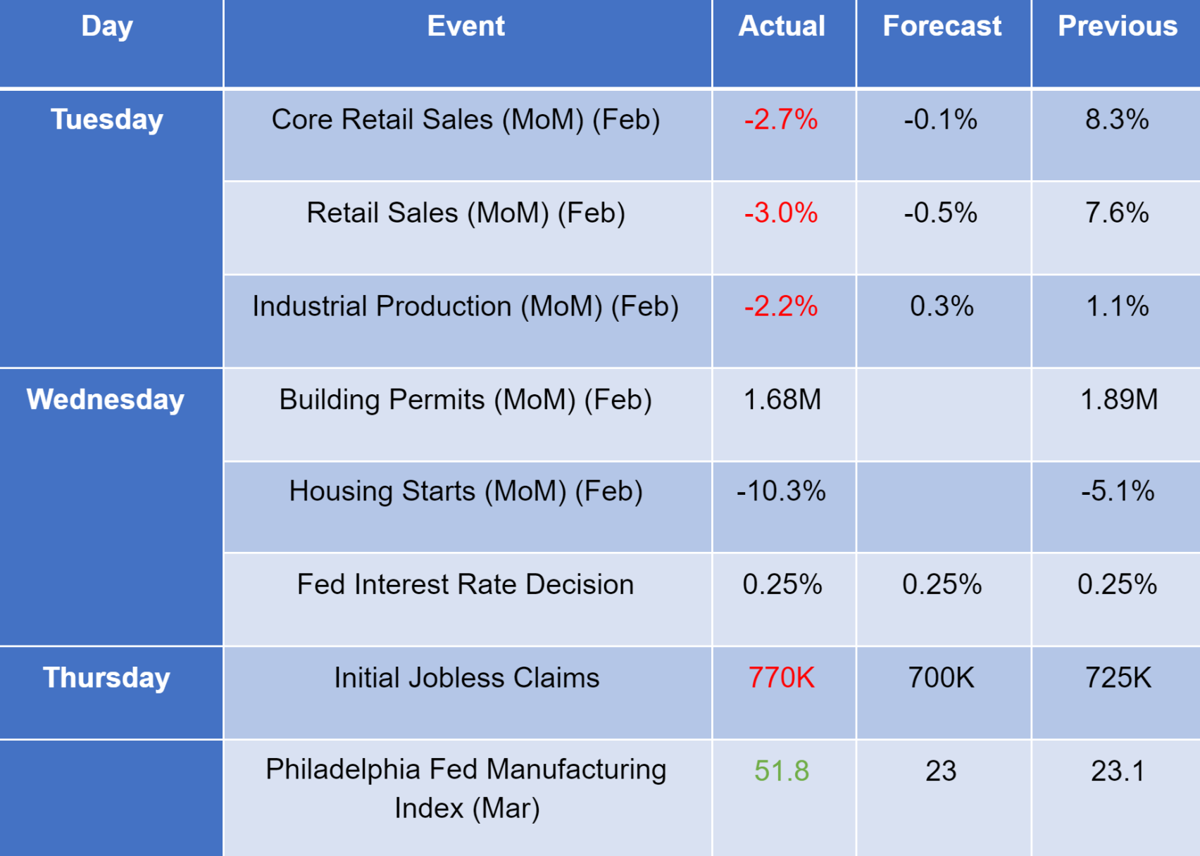 Markets had another volatile week, and the three major stock market indices ended slightly lower than where they started on Monday.

All indices were near record highs mid-week, then a sell-off occurred late Thursday and continued into Friday. However, the S&P 500, Dow Jones Industrial Average and Nasdaq Composite are all up 4.18%, 6.6% and 2.54% for the year, respectively, which is a bullish sign.

All eyes on the Fed

Part of the market sell off can be attributed to the Federal Reserve’s most-recent statement. Interest rates are expected to hover around 0%, and asset purchases are to remain consistent for the foreseeable future.

The Fed revised expectations for gross domestic product, stating that it’s expected to increase to a historically high 6.5% in 2021. Projections for 2022 and 2023 are for gains of 3.3% and 2.2%, respectively, before growth settles into a longer-term range of 2.3%.

February saw choppy market moves despite plenty of reasons for optimism, including vaccine rollouts underway, fiscal stimulus on the horizon and pent-up consumer demand pending. Are inflation fears enough to deflate what bears have called a stock market bubble?

Inflation is also expected to rise, but this apparently isn’t a main concern of the Fed and is most likely not going to have a major influence on the U.S. central bank’s decision-making through 2023. With that said, four of the 18 Federal Open Market Committee members expect an interest rate hike in 2022, and seven members see a hike in 2023.

Markets reacted positively to the news at first, but Treasury yields and U.S. initial unemployment claims both rose, and markets dropped after this news came out.

One of the negative pieces of news for stocks from the Fed is that COVID-19-induced bank leverage exemptions will expire this month but will be reviewed in coming weeks. The Fed decided to relax capital levels for banks last April by allowing banks to exclude Treasuries and deposits from their reserve requirements, which provided liquidity to banks when they needed the capital the most.

“Wall Street bank stocks will get punished because now they will have to put more money aside,” Edward Moya, a senior market analyst at foreign exchange brokerage Oanda, said.

This makes sense, and investors have seen that occur already with S&P dropping slightly.

The Fed is concerned the supplementary leverage ratio is no longer functioning as intended as a result of the central bank’s emergency COVID-19 monetary policy measures. The Fed is risking a quick interest rate rise if banks spark a Treasury selloff under new reserve requirements. However, Fed officials have already commented and said the Treasury market has stabilized.

After the massive $1.9 trillion stimulus package signed by President Joe Biden, there comes a need to pay off the debt the government is collecting. Biden has proposed a few tax hikes in order to accomplish this.

The corporate tax rate is expected to increase to 28% from 21% while the tax rate for individuals earning more than $400,000 adjusted gross income climbs to 39.6% from 37%. This has been expected for a while and was one of Biden’s talking points during his election.

The third COVID-19 relief package survived Congress and became law on March 10 without any support from Republicans. This marks the first legislative victory for President Joe Biden, as Democrats hope the bill will bolster the economy. Here's a look at what's inside.

Biden has also proposed an increase in capital gains tax for individuals earning at least $1 million annually, which would tax income from capital gains at the regular income tax rate of 39.6%.

A tax hike to 28% for corporations could add on to the many challenges small business owners and larger corporations are going through right now by forcing them to cut costs. The cost cutting measures could take the form of layoffs, postponing hourly wage hikes, and raising prices on consumers.

The tax hikes have the potential to hinder the expansion of many companies, which will impact them and shareholders in the long-run. But many experts are skeptical that Congress will pass a wave of tax increases without major modifications, which would be good news for individuals not looking forward to the tax increases.

With all of this being said, it’s heavily debated whether Biden is proposing tax hikes is positive since the deficit hit a record $3.1 trillion in 2020 or negative because it has the potential to stunt economic growth. It’s important for everyone to understand the positives and negatives of both arguments.

Bitcoin had another fascinating week, reaching $60,000 on Saturday. The world’s most-popular cryptocurrency has performed very well in the past year, jumping over 100%, but that could come to an end.

India is set to propose a law that would ban the buying, selling and holding of cryptocurrencies, fining anyone trading or holding Bitcoin. This comes after the Indian government set an agenda to ban private virtual currencies while favoring an official digital currency instead. China, Pakistan, Russia, Bolivia, North Macedonia and Morocco are a few other countries that have had some sort of restriction on the crypto market.

Bitcoin is now hovering around $58,000 after this news, and it will be interesting to see if this could happen in other major markets such as the U.S. This may be a longshot; nonetheless, it’s an interesting topic and will be increasingly important through time.

The non-fungible token (NFT) market is heating up and is becoming something investors could look into to diversify their portfolio. NFTs are digital creations powered by blockchain, which is the backbone of cryptocurrencies like Bitcoin. “Non-fungible” means that the assets can’t be replaced or exchanged, which gives them inherent rarity.

Is ‘crypto art’ unique or useless? Behind the rise of NFTs

Recently, non-fungible tokens have surged in popularity, allowing digital files, from art to music, to be sold for ownership. While highly profitable for some, many others find this form of income as objectionable: drawbacks include environmental degradation and a ruined market for digital creators.

The versatility of NFTs is shown through the various industries they can be a part of. For example, Pokemon cards have skyrocketed in value within the past year, and are now looked at as a solid investment with some authentic and good condition cards worth over $100,000.

NFTs work in similar fashion because there’s a way to track if they are authentic, and people have the satisfaction of owning something rare. This is not a mature market, and could be worth nothing next week, so take this news with caution and look into it.

Disclaimer: I own 0.00327 Bitcoin. I wrote this article myself, and it expresses my own opinions. I’m not receiving compensation for it, and I have no business relationship with any company whose stock is mentioned in this article.

The red-hot housing market simmered in March despite continued improvement in jobless claims as the U.S. economy continues to heal. Madison Business Review contributor Bryce Roth breaks down what moved markets this week.