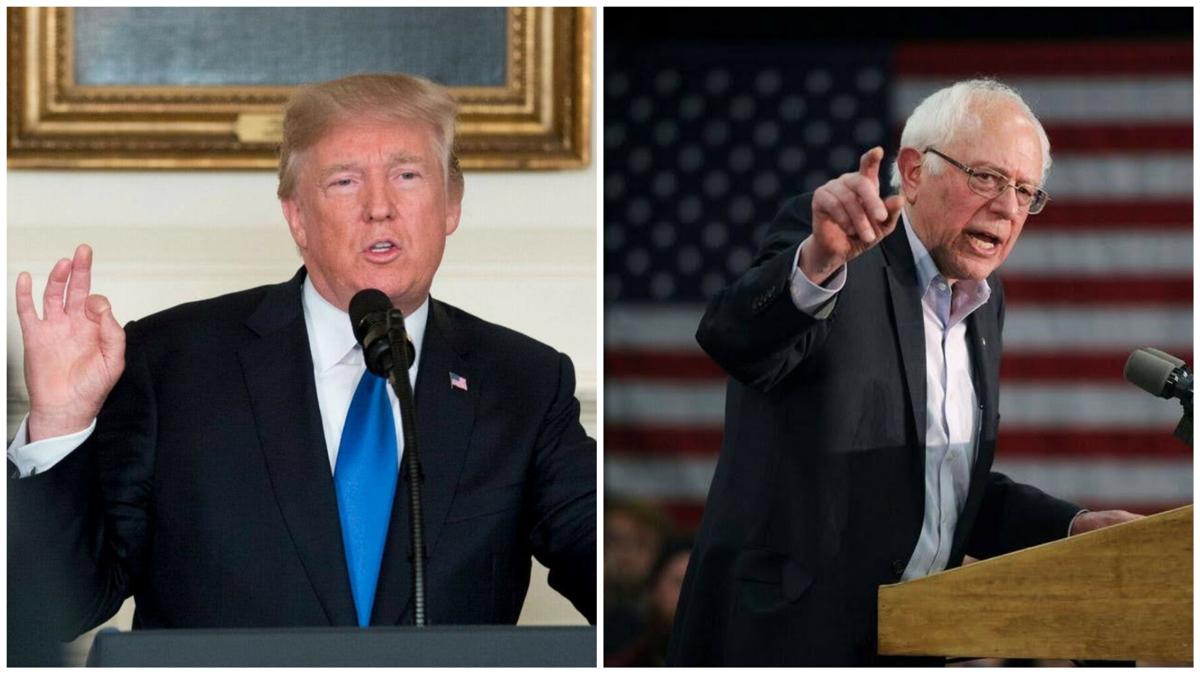 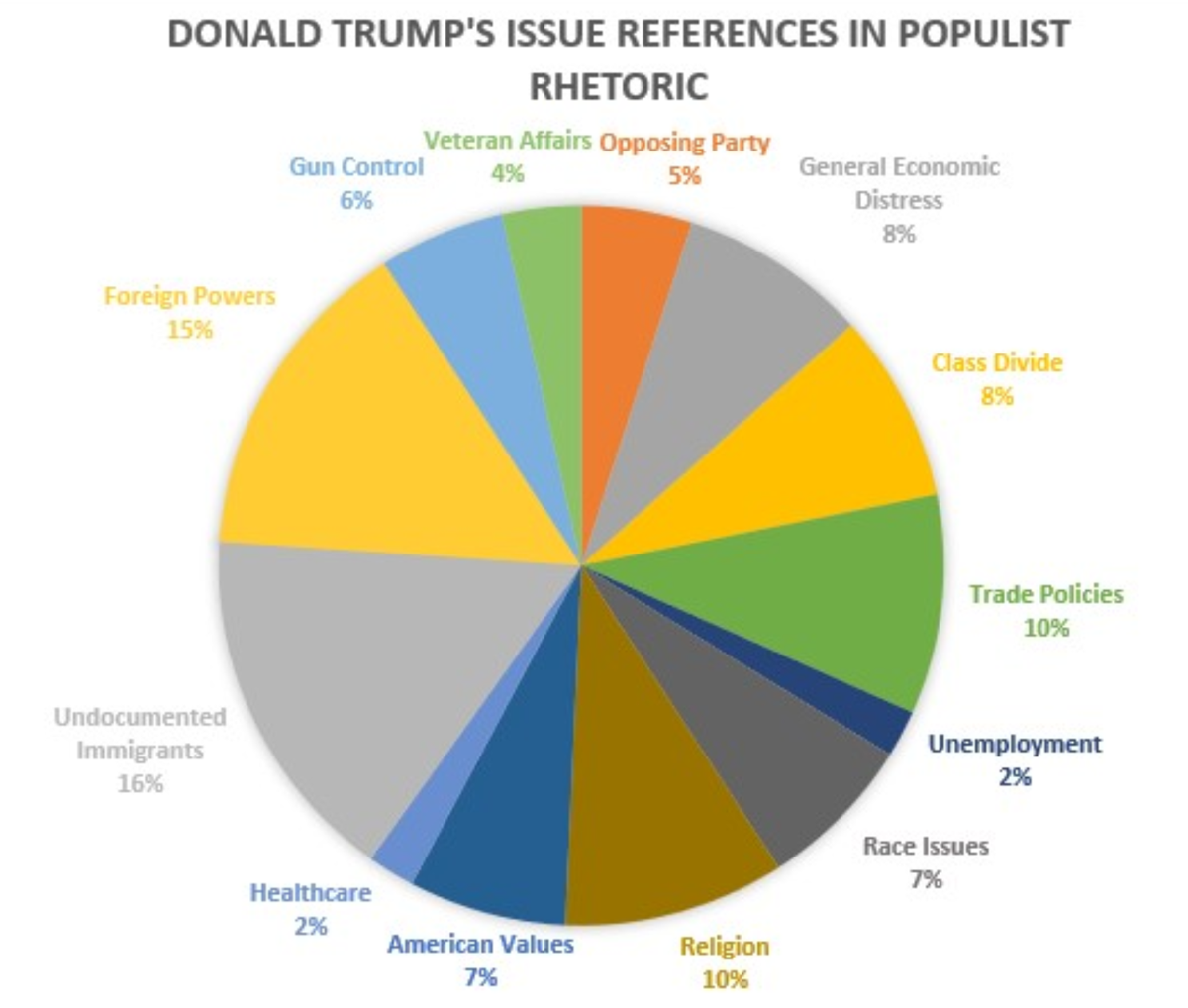 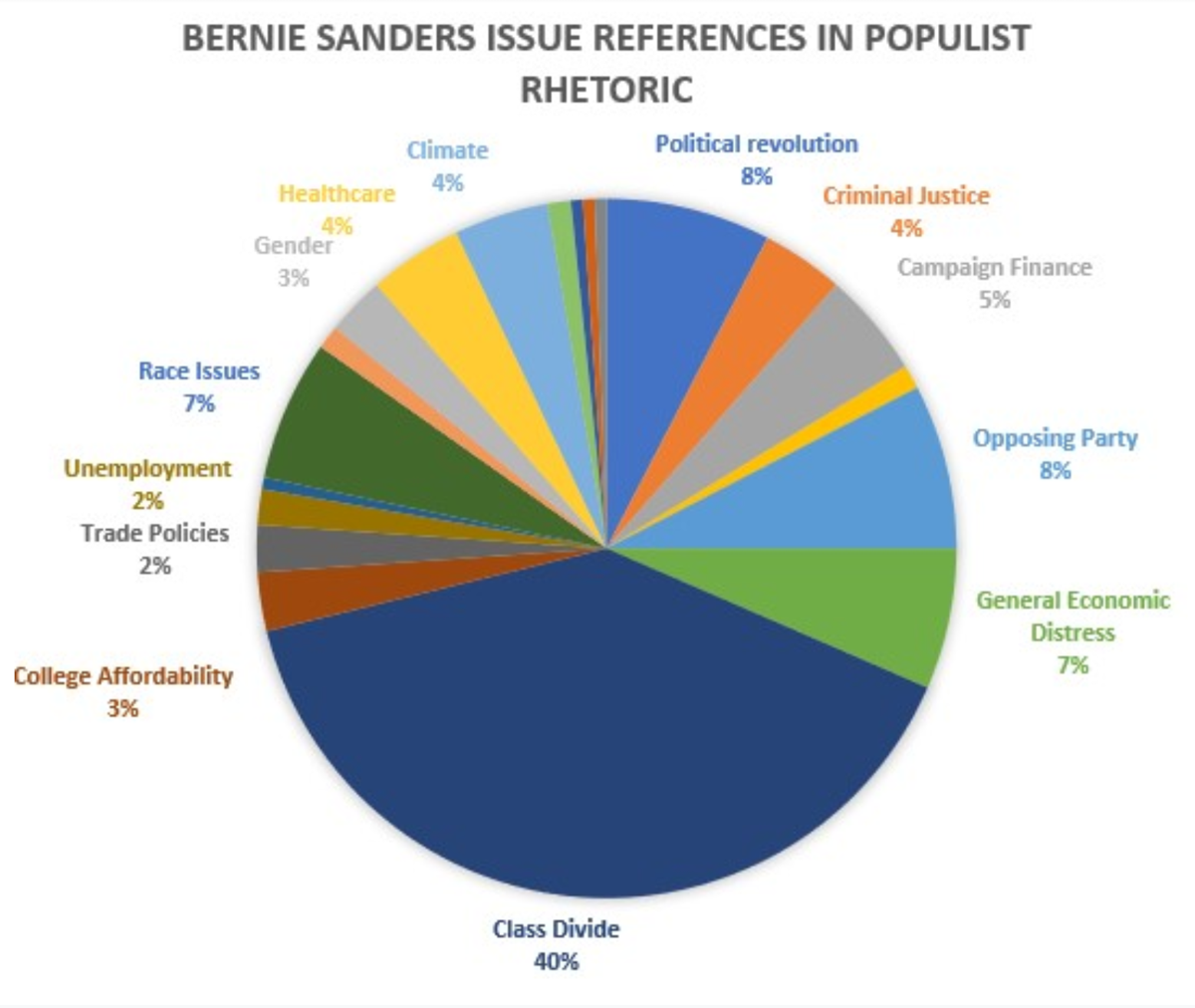 The increasing divide in American politics is a well-documented phenomenon. Stark polarities between Democrats and Republicans seems to have transcended traditional policy arguments.

Eight of 10 registered voters in the 2020 elections believed differences between their political counterparts were over “core American values,” according to recent polling data released by the Pew Research Center. Americans need to look no further than Joe Biden’s inaugural address in which he uttered the words “unity” nine separate times to be reminded of the hostility currently felt toward one another.

The sharp division we see among Americans leads us to ask an important question: What phenomenon has fueled this divide?

American division is being accelerated by a wave of anti-neoliberalism, which is a reactionary ideology categorized by a dissatisfaction with free-market economic philosophy. America is experiencing an apolitical pushback against the global economic order that’s manifested into increasingly partisan, populist movements.

The goal of this article isn’t to provide a detailed history of the macro trends categorizing U.S. politics and economic policy, as entire books could be written on such a subject. Rather, it’s to provide an easily digestible theory that singles out the main source of division in modern American politics.

Since the 2016 presidential election, Sen. Bernie Sanders and former President Donald Trump have emerged as two of the most influential figures in American politics.

On the surface, the two couldn’t seem to be more polar opposites. The former is a self-proclaimed democratic socialist who argues for free college and universal healthcare. The latter is a conservative who campaigned on the promises of closing borders and repealing the Affordable Care Act.

So how could it be that two exceptionally different leaders could rise to the height of American politics at the exact same time? How is it that such vastly different ideologies could garner massive waves of support simultaneously?

The answer is surprisingly simple: Donald Trump and Bernie Sanders were fighting against a common enemy; both promised to fight against a system that is failing Americans on both sides of the aisle.

A key to understanding the link between Donald Trump and Bernie Sanders is to recognize that both political leaders are populists. For those unfamiliar with the term, populism is a political phenomenon built around the goal of appealing to the masses. It’s an approach that utilizes an “us vs. them” dichotomy to mobilize ordinary citizens who feel their concerns are being ignored by the established elite.

Here's a final look at the proposed economic policies of Republican incumbent Donald Trump and Democratic challenger Joe Biden and which plan would be better for America.

For a populist strategy to work on the national scale, a significant segment of society needs to feel victimized. Among these citizens, there’s a firm belief that the game is rigged and that the system is pitted against them. In 2016, two of the three largest voting coalitions were Trump and Sanders voters. There’s no question American citizens are frustrated with the status quo. The question is why.

An interesting study conducted by the Foreign Policy Research Institute provides us some answers. Researchers at the institute reviewed instances of populist rhetoric used by Trump and Sanders during their 2016 presidential campaigns. Their goal was to determine the prevalence and context of such rhetoric.

From this, they could better analyze how Trump and Sanders crafted their campaigns, and, more importantly, develop a better understanding of what voters from each coalition cared about most. The results were fascinating.

Over the course of 20 randomly selected transcripts (10 from each candidate), Sanders and Trump each performed roughly 150 instances of populist rhetoric. Broken down into context, an interesting story begins to unfold. Below are two graphics created by the Foreign Policy Research Institute that display what issues Trump and Sanders used populist rhetoric to refer to the most.

We can use these graphics to better understand what issues mobilized Trump and Sanders voters. More importantly, we can begin to test the assertion that resentment toward modern trends in the global economic order are the main source of American populism.

In the case of Bernie Sanders, the evidence appears to be clear cut. Of the roughly 150 instances of populist rhetoric researchers identified, 54% were in direct reference to economic issues, like class division, trade policies, unemployment, general economic distress and college affordability.

For Trump, a bit of digging gets us to a similar conclusion. Right off the bat, we see that purely economic issues, like general economic distress, class division, trade policies and unemployment constitute a plurality of 28% of his speech content.

What jumps off the page is Trump’s significant attention toward undocumented immigration. Rhetoric such as “they’re taking our jobs” or “they’re taking our money” were repeated time and time again by Trump to mobilize middle-class Americans who feel threatened by job scarcity.

Rhetoric aimed at attracting Americans who feared that neoliberalism, free trade and the free movement of people was going to threaten their livelihood. Undocumented immigration is an economics issue, and when counted as such, Trump’s “economically related” populist rhetoric jumps to 44%.

This tells us that a significant proportion of Americans on both sides of the political aisle are concerned that the U.S. economic system is no longer working for them. Where did we go wrong?

The modern U.S. economic system is built largely around a philosophy of neoliberalism. In the book “Global Social Work: Crossing Borders; Blurring Boundaries,” author Mimi Abramovitz describes Neoliberal economics as a theory of practices and policies based around a faith in the inherent wisdom of the market and a belief that market dynamics, like private property rights, limited government, free markets and free trade, are the central mechanisms for governing economic, social and political life.

Prior to the mid-1970s, the U.S. economy could be defined as a liberal welfare state. Liberal welfare was an economic philosophy, ushered in by President Franklin Delano Roosevelt’s New Deal, that aimed at restructuring the U.S. political economy based on “redistributing income downward and expanding the role of the state.”

The post-World War II welfare state from 1945-75, often referred to as “the golden era of capitalism,” brought about a complex set of economic and political functions that served to mediate poverty, enhance profits and dull social unrest.

The issue with trickle-down 'Reaganomics'? It doesn't work.

Supply side-focused “trickle-down” economics may have been a semi-effective school of economics during the Reagan Era, but the philosophy has little positive impact today. Madison Business Review contributing writer Will PerDieu explains why.

Unfortunately, structural shifts in the global economy in the late 1960s and early 1970s fueled primarily by mounting international competition led to the end of post-war economic prosperity. From the ashes of the economic downturn birthed the rise of a new philosophy: neoliberalism.

From the mid-1970s up until now, neoliberalism has dominated the U.S. and international economic order. During this time, we’ve seen drastic increases in global trade, migration and wealth disparity. Such a system has produced disdain amongst a large coalition of lower-class to middle-class Americans.

For conservative voters, it’s manifested into a fear of job scarcity, either resulting from outsourcing or being replaced by the cheaper labor of undocumented immigrants here at home. For liberals, it’s a growing hatred of the rich and an utter loathing of a system that seemingly fails to protect the 99%.

The media has characterized American politics as increasingly divisive. Polarizing leaders such as Trump and Sanders have personified this trend.