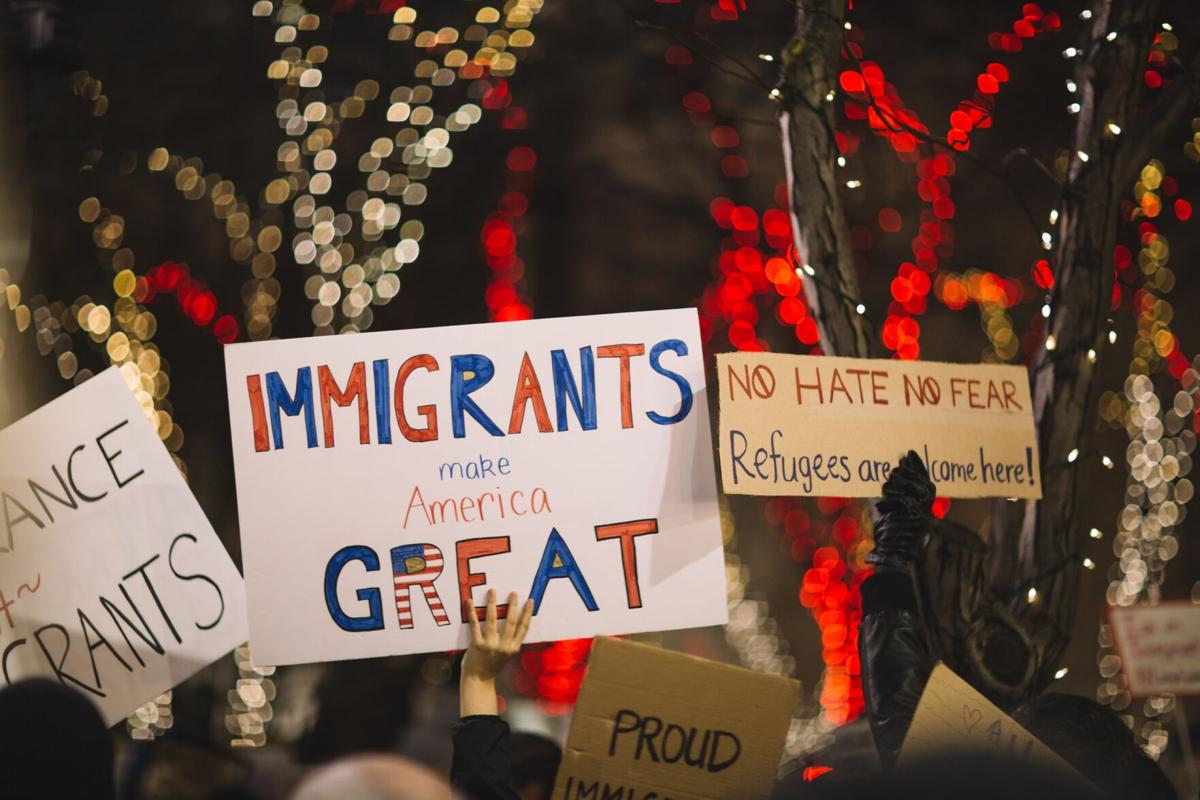 Trump’s borderline obsession with the economy and desire to restrict skilled immigration through limits on skilled overseas’ workers visas are completely contradictory. 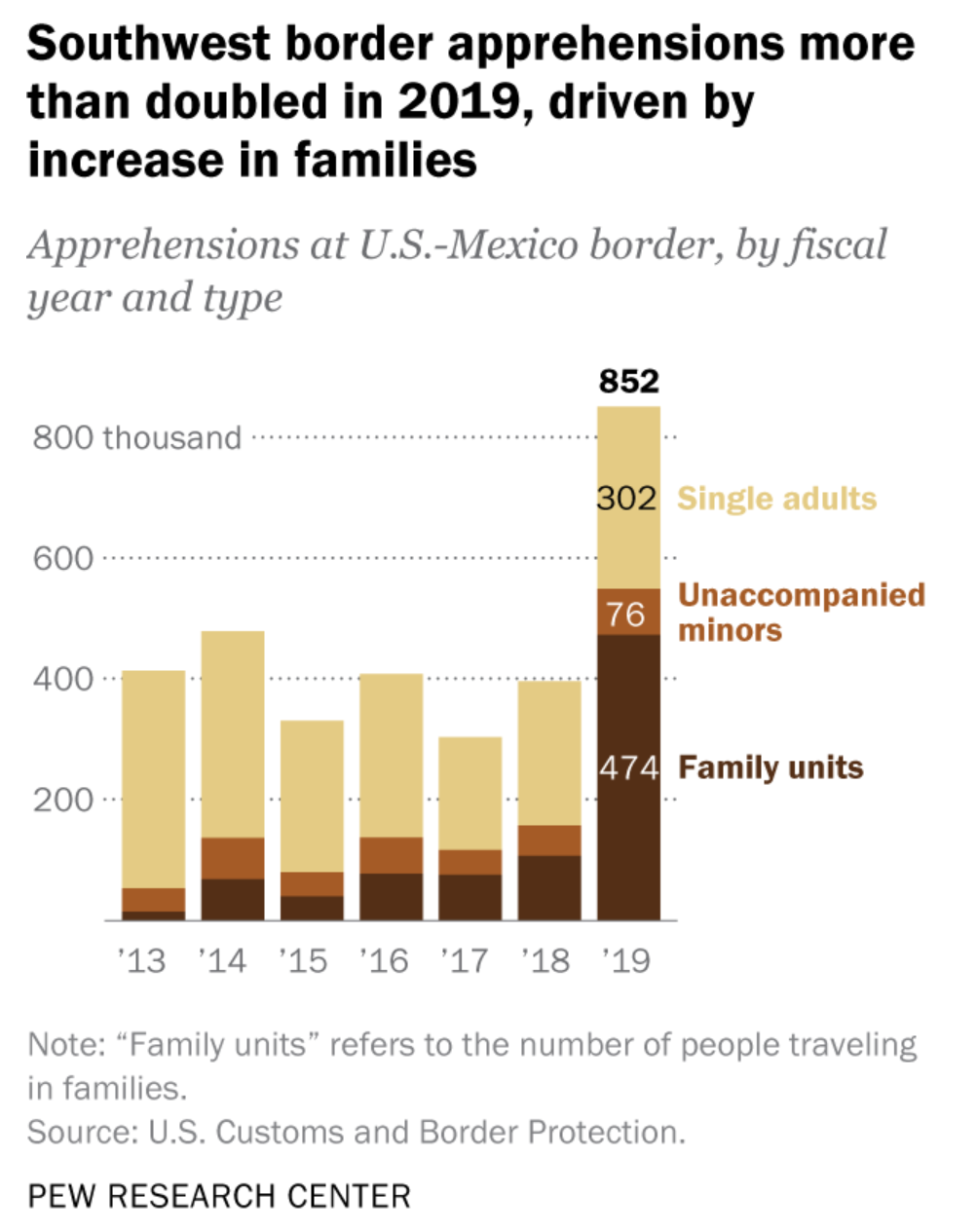 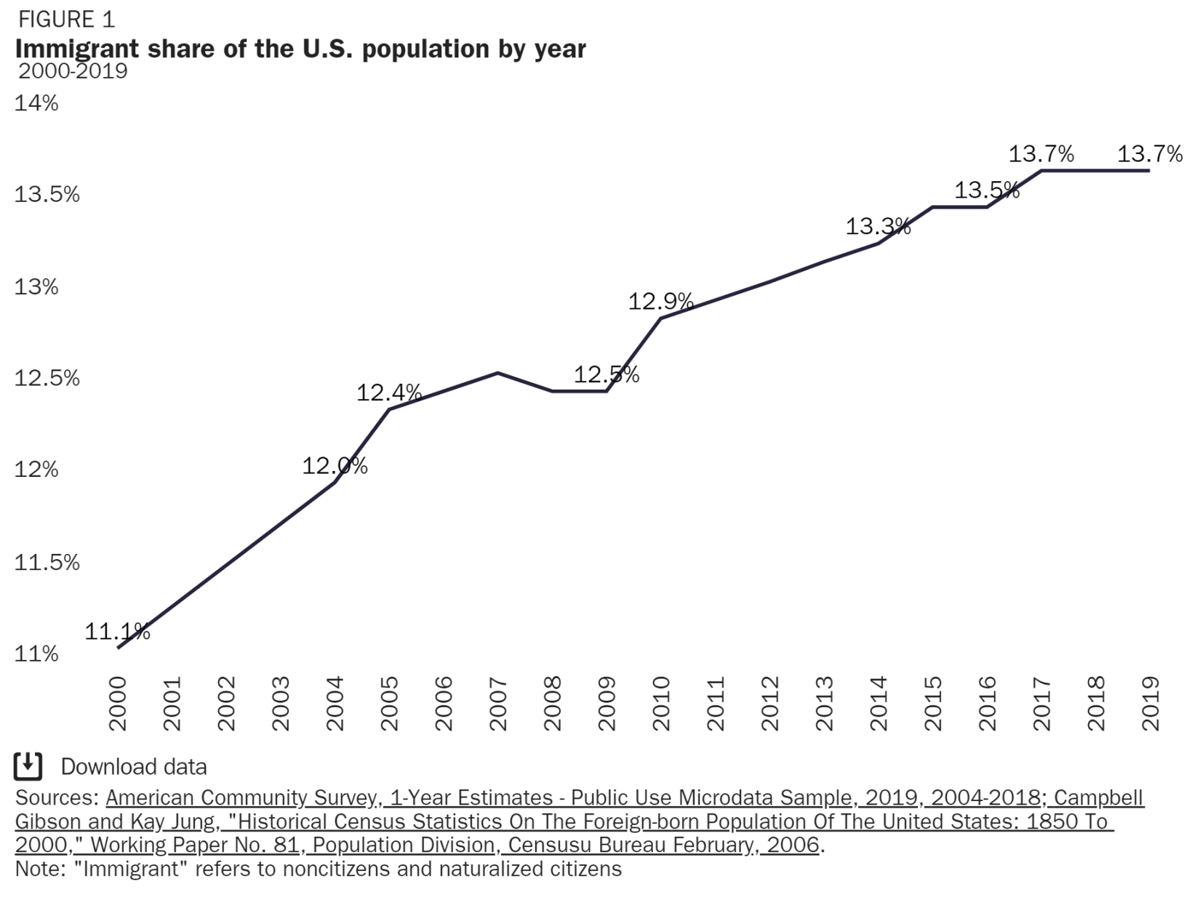 Immigration has long been a hot button issue in America, a fact that’s unlikely to change anytime soon — or ever.

Political rhetoric from each party is mired in fearmongering: One side asserts immigrants willing to work for cheap will put hardworking Americans out of work while the other condemns those beliefs, which they view as xenophobic and racist.

This piece will stay far from both of these arguments and instead focus on the facts. Do immigrants help or hurt the economy, and will more immigrants boost gross domestic product or raise the unemployment rate? Read and decide before heading to the polls.

President Donald Trump has spent much of the last four years focused on two issues: the economy and immigration. He celebrated Republicans’ passage of the Tax Cuts and Jobs Act of 2017 and all-time highs in the stock market in 2019. Though Trump’s polled poorly leading up to the 2020 election — as he did in 2016 — it’s noteworthy that polls appear to reflect his perceived skill in handling the economy by prospective voters.

As to the second point, Trump also has been tough on immigration, just like his predecessor, Barack Obama, who’s been criticized sharply by many on the left, including his former vice president Joe Biden, for deporting hundreds of thousands of people without criminal records.

Border apprehensions to prevent illegal immigration, which Trump spent much of his 2016 campaign decrying, spiked in 2019 after remaining in-line with 2013-16 levels in 2017 and 2018, according to Pew Research Center. But as ABC noted, those hundreds of thousands of deportations are far from the “millions” promised by Trump and less than peaks under Obama.

Legal immigration under Trump fell 7%, or nearly 87,000, to 1,096,611 from 2016 to 2018, according to data from the Department of Homeland Security reported by Forbes on Jan. 13. The proportion of immigrants in the U.S. population has held steady at 13.7% under Trump after rising steadily since the turn of the century, according to the Cato Institute.

Trump made efforts to limit legal immigration through the Reforming American Immigration for a Strong Economy (RAISE) Act. This legislation, proposed in 2017, would’ve sliced the number of legal immigrants admitted to the U.S. by 50%. It didn’t receive a vote in the Senate, though a similar bill was defeated 39-60 in 2018. Trump touted the RAISE Act as a measure that’d "reduce poverty, increase wages and save taxpayers billions and billions of dollars."

Nearly 1,500 economists disagreed and penned a letter to the president explaining why.

The consensus view among most mainstream economists of both political persuasions is that immigrants are one of America’s “significant competitive advantages” in the world economy. Among immigrants are entrepreneurs who generate jobs and bring new ideas, young workers who replace millions of retiring Baby Boomers, and talent that populates the rapidly growing science, technology, engineering and math fields.

The bipartisan letter — signed by esteemed professors, Nobel Laureate winners and economic minds who worked with and advised presidents Ronald Reagan, Bill Clinton, George H.W. Bush, George W. Bush and Obama — concluded that “the benefits that immigration brings to society far outweigh their costs, and smart immigration policy could better maximize the benefits of immigration while reducing the costs.”

However, those economists also rightly noted the costs that come with immigration, which will be explained in-depth below. In short, Americans with less education and marketable skills are bound to benefit from less competition, and more immigrants make less dexterous workers less desirable.

But economic theory suggests that restricting labor competition by limiting immigration makes the free market less efficient, which is the bane of economists. Here’s why.

Pros and cons of government restrictions on the economy

Economists broadly agree that markets at equilibrium are most efficient, as goods and services are naturally priced based on supply and demand instead of outside forces.

Government restrictions including price controls, tariffs and quotas create deadweight loss, which are market inefficiencies that end up costing and hurting society from a purely economic standpoint. Price ceilings and floors — like minimum wage — are laws that artificially alter how much producers can charge or what they must pay for labor.

These regulations objectively reduce free-market efficiency by preventing consumers willing to pay over a price ceiling or laborers willing to work for under minimum wage from doing so. In theory, both should benefit and experience consumer surplus, but because of deadweight loss, there may be a shortage of that artificially cheap good or an artificially high-paying job.

However, there are subjective reasons to support government restrictions, even if they limit efficiency. A minimum wage protects workers, even if they lead to higher costs for consumers, and price limits on rent in cities and on medications can serve the common good despite capping the producer surplus on landlords and pharmaceutical companies, respectively.

It follows, then, that government restrictions on immigration artificially limit competition and lead to inflated wages. Annual caps on how many workers enter the country prevent the free flow of labor that includes workers willing to work for less than the country’s status quo.

Unrestricted immigration leads to a higher supply of labor that in turn shifts the supply curve and reduces the market equilibrium price for labor, per the laws of supply and demand. That leads to lower wages, which hurts domestic workers but helps both domestic suppliers and consumers of that product — both domestically and abroad.

For example, suppose the number of immigrants coming to the U.S. doubles from 1 million to 3 million, and the additional workers are willing to work for less, given that American wages would still top those in their home country. If that move cuts the equilibrium wage for cashiers to $9 to $8, that benefit is passed on to businesses like Walmart, Target and businesses large and small across that country. In turn, those suppliers can cut prices on goods, which benefits customers.

In that example, looser immigration laws directly benefit the immigrants, domestic sellers and domestic consumers while indirectly benefiting shareholders of the sellers. Only domestic laborers are worse off, though they also can enjoy cheaper goods from suppliers.

That reflects economic theory cited by George Borjas, a Harvard immigration economist, in research published in the Center for Immigration Studies in April 2013. That cheaper labor benefits business owners and other users of immigrants with an economic surplus that can then be passed down to consumers via cheaper goods and services.

However, Borjas believes those benefits from cheap labor are offset or even slightly outweighed by the cost of providing government services to those immigrants. His research shows low-skilled immigration reduced incomes for Americans without high school educations by 3-5% over the past two decades without clearly benefiting the economy as a whole.

Other economists disagree and believe the harm from low-skilled wages is next to nothing, Giovanni Peri, an economist at the University of California, Davis, told The New York Times. He added that “the average American worker is more likely to lose than to gain from immigration restrictions.”

Borjas expressed support for the RAISE Act in Politico Magazine in 2017 because it raised the bar on skill for incoming immigrants and was the only economist the Trump administration cited research from to justify supporting the RAISE Act. However, he told The New York Times that restricting skilled immigration is a “political decision … not an economic decision.”

Ironically, Trump’s borderline obsession with the economy and desire to restrict skilled immigration through limits on skilled overseas’ workers visas are completely contradictory.

Leaders from American technology giants like Apple, Amazon, Google and Tesla sharply scolded Trump this summer for this near-sighted decision in the face of the pandemic, as foreign-born workers are crucial for these companies’ continued success and innovation.

Overall, the presence of all immigrants — both legal and illegal — adds $1.6 trillion in value to the U.S. economy each year, growing it by 11% annually, according to Borjas. He estimates that 97.8% of those benefits go to immigrants themselves, though that’s still a net benefit to the U.S.

In short, while economists disagree on the merits of unrestricted low-skilled immigration, there’s  little debate that restrictions on skilled immigration are harmful for the U.S. economy, not to mention highly skilled foreigners searching for opportunities in the land of the free.

Analysis: Does a higher minimum wage help or hurt workers?

Economic analyses of the effects on workers show mixed results at best in cities that have implemented a $15 per hour minimum wage. However, that doesn’t necessarily mean modestly raising the minimum wage after years of stagnation would cripple the economy. Here’s how economists view the hot-button issue.