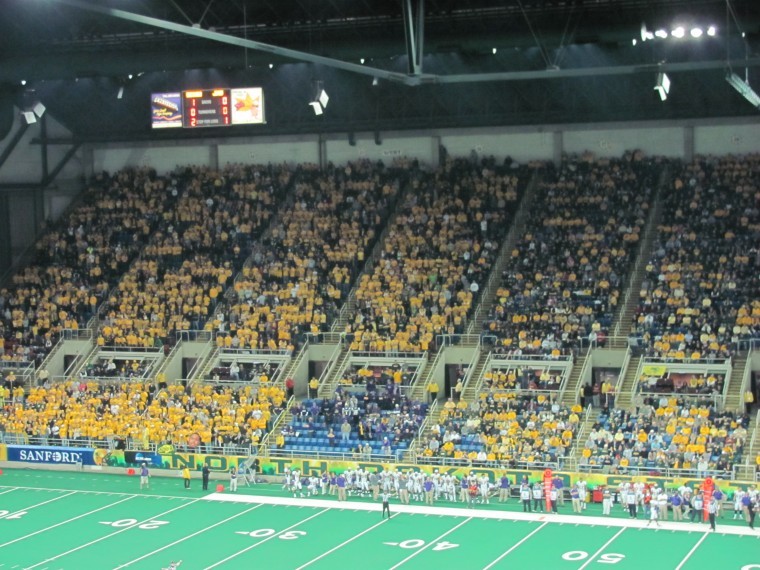 Can you find the tiny section of purple in Fargodome? 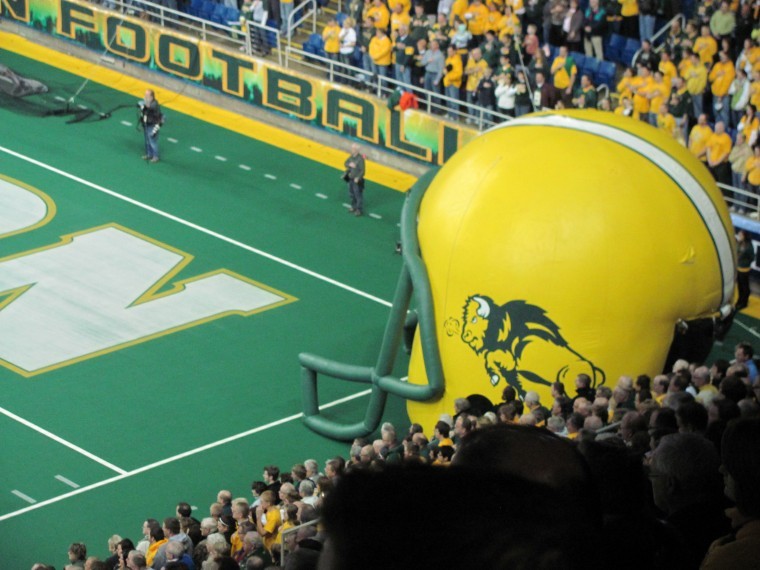 Here's what the Bison enter the turf out of. 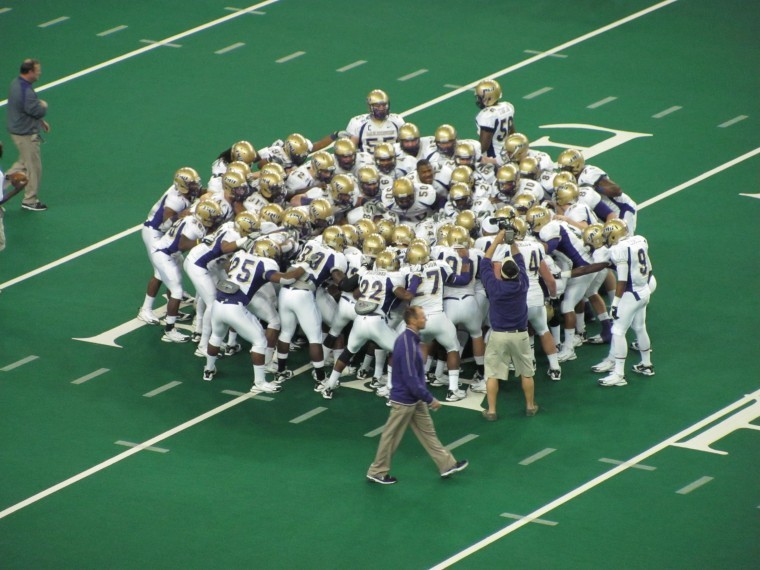 Dukes huddle together before storming the field to take on the NDSU Bison.

Can you find the tiny section of purple in Fargodome?

Here's what the Bison enter the turf out of.

Dukes huddle together before storming the field to take on the NDSU Bison.

At halftime, the Dukes were down 10-7 after a 53-yard field goal from their kicker. But before we get into the nitty-gritty details of the play, let's talk about the atmosphere before kickoff.

When I arrived about two hours before kickoff, I saw an empty stadium. When they begin to let fans in around an hour before kickoff, it looked scattered and pretty bare. However, by kickoff, the stands are filled with gold and green, with a little JMU section to boot. I see only a handful of empty seats, and it's a sold out game here in the Fargodome.

Also, right before the team came out, the Dome went pitch black and green and yellow spotlights started scanning the stands. Loud music, big booms and fireworks brought the team out from underneath a giant Bison helmet. The Dukes were then welcomed in with boos, with the student section proudly displaying cardboard cutouts of different JMU player's heads. It was a little creepy to look over at a giant picture of Jakarie Jackson's head on a wooden stick.

A little after the game, I'll have the score and final feelings about this trip to Fargo.